They have gadgets and gizmos aplenty 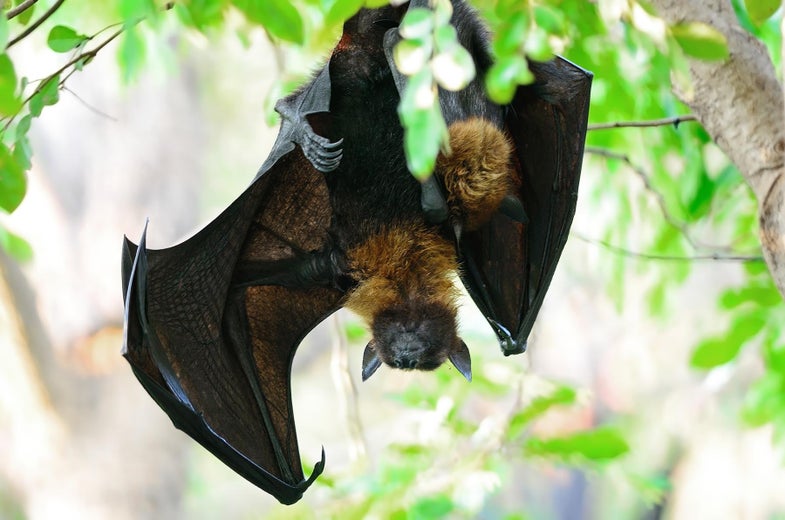 From acoustic recorders to special ultraviolet lamps, biologists are calling on a suite of tools to better track, understand, and hopefully save America’s favorite (and, admittedly, the planet’s only) flying mammal: bats.

The need to understand these elusive creatures has increased in recent years with the emergence of a disease called white-nose syndrome. The fungal infection was introduced into the United States from Europe around 2006, and has killed more than 6 million bats over the past ten years. But as the bats have died, our awareness of how critical the creatures are to our ecosystem has grown. Bats help pollinate our plants, and reduce the number of insect pests. The fact that bat populations are on the decline is not a good thing.

While white-nose syndrome is the most obvious threat to bats, it isn’t the only one. The warming temperatures associated with climate change affect a bat’s ability to echolocate—the way bats navigate in the dark. Humans are also encroaching on bat habitats in more direct ways. We are cutting down the forests where some bats live and others like to hunt, and otherwise destroying their homes with our development.

And while wind turbines are an environmental boon in that they help produce electricity with a lower carbon footprint, depending on their placement they can also harm bats. Bats sometimes confuse them with trees and other roosting locations. Instead of heading away from wind turbines, they head towards them. In the process, they risk a deadly encounter with the structure’s blades.

Other man-made materials can also pose a risk. Super slick surfaces—like the coatings on glass buildings—mess with the way some bats use echolocation. As we erect more of those types of buildings, more and more bats slam into them—to their death.

Bats must meanwhile contend with another issue: less food. Studies suggest that worldwide insect populations are declining, even within protected areas. As all bats in the United States are insect eaters, the drop-off in these smaller fliers doesn’t bode well for our winged mammals.

Even worse, increasing data suggests that insects may be harmful to bats in another way. When bats come into contact with the pesticides we spray in an effort to get rid of harmful bugs, either by eating contaminated insects or hanging out on plants that people have spritzed, they get sick.

If this seems bleak, there is one small bright spot: the cool equipment and techniques that biologists and other researchers have developed to study bats. If you’ve ever wondered how researchers catch a bat or track its movements, we’ve created a photo gallery showing some of the equipment that researchers use to do their job. Here’s a look at some of the gadgets they use to get the job done.