Every color of the skinbow 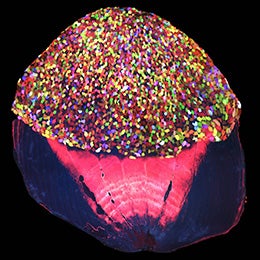 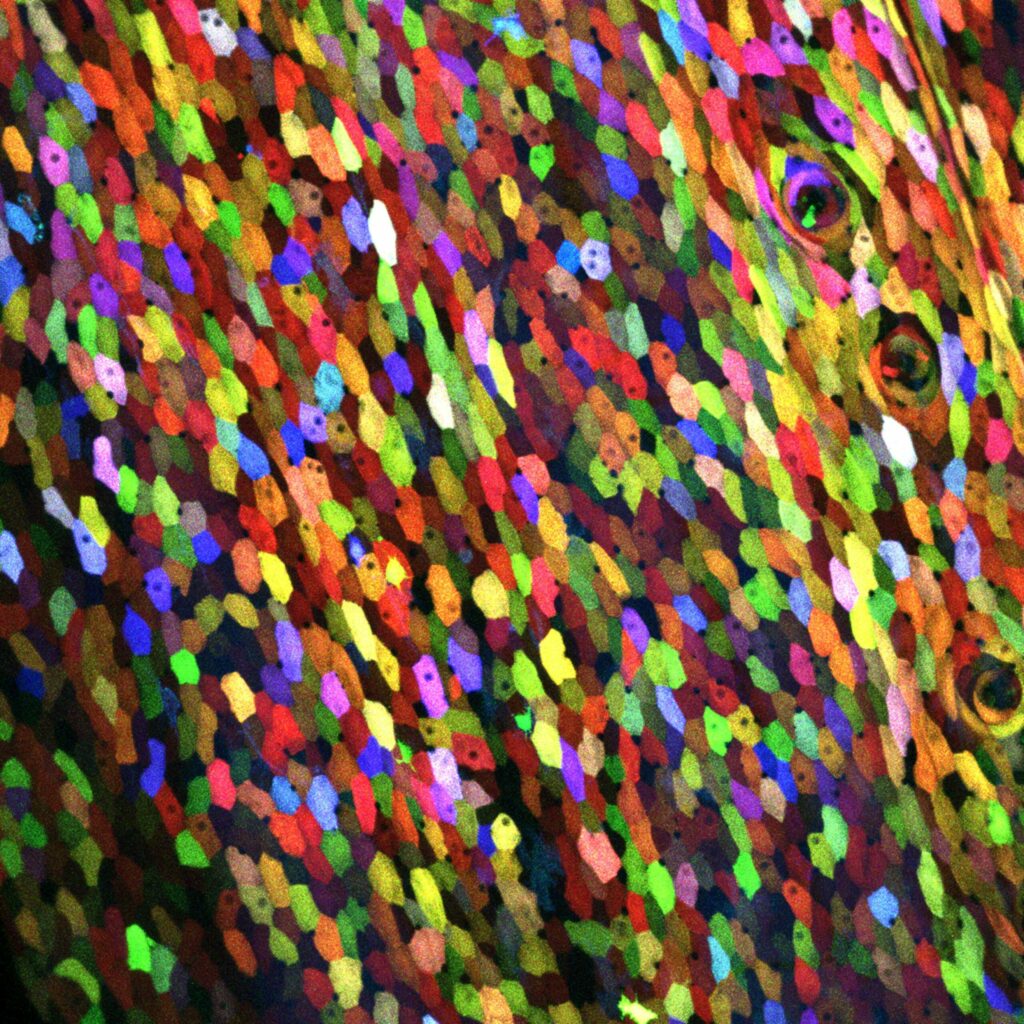 This photo looks like a trippy impressionist rainbow, or an explosion of ice cream sprinkles. In reality, each of those dots is a skin cell on a scale of a zebrafish.

Researchers used genetic engineering to cause individual skin cells to fluoresce in a variety of 70 different colors. The research was described in the journal Developmental Cell. The team wasn’t just decorating the fish for fun. Instead, they were hoping to learn more about how skin heals.

Multicolored cells on a zebrafish scale.

“Before we can fully understand tissue regeneration, we need to be able to monitor what individual cells are doing,” Kenneth Poss, lead scientist on the team said. “This is a cutting-edge way to visualize hundreds or thousands of cells at once in a regenerating tissue.”

The technique, called Skinbow, lets the different colors of the cells act like barcodes, so that when the fish is injured, researchers can watch how individual cells move and react during the healing process. They found in once case, when a fin was amputated, cells moved up from below a wound to seal it off, new cells swiftly started regenerating, and others got larger for a brief amount of time until the wound was healed.

The hope is that this kind of research tagging individual skin cells might help with other research beyond just wounds. Skinbows might be of use in researching how cells react to cancer, drugs, and other medical conditions.