Batdrones, swarming UAVs, and better radar are in our future 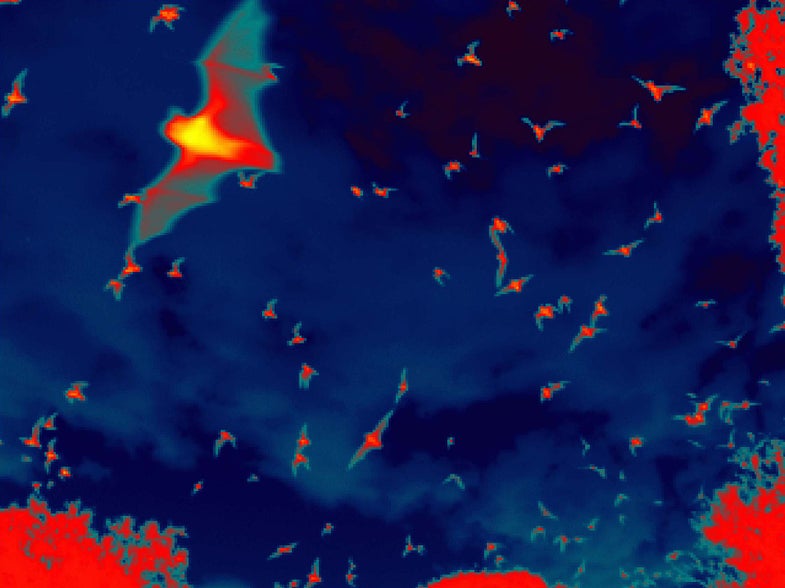 Bat Con 2010 could have been a decidedly depressing science meeting, with days full of papers discussing bat deaths from white-nose syndrome, wind turbines and killings by superstitious people. But not everything was doom-and-gloom.

The same researchers trying to protect bats from extinction are also working with the Air Force and Navy to design bat-inspired drones; they are using 3D thermal imaging to understand how bats fly in tight-knit groups; and they’re using sophisticated weather radar to track bats, birds and insects as they migrate across the continent. Bat research is fruitful for many fields.

In September, researchers at Boston University, the University of Maryland and other institutions won a five-year, $7.5 million grant from the Office of Naval Research for a project called AIRFOILS (Animal Inspired Flight with Outer and Inner Loop Strategies), designed to develop unmanned aircraft inspired by the flight mechanics of bats, birds and insects. The military has already invested in hummingbird-inspired drones, and others have looked at bat-inspired micro-aerial vehicles, but this time the funding reaches across several disciplines.

Tom Kunz, a bat biologist at BU, is using LIDAR and 3D thermal imaging to monitor bats and recreate their flight mechanics. His Airfoils project is intended to explain how bats fly in cluttered environments. “It allows me to do the biology I’ve always wanted to do, but it also inspires engineers to create new aircraft,” he said.

When bats emerge from caves to forage at night, they fly in a dense column, snaking through the air for several miles until breaking apart to feed. Kunz and a former postdoc, Nickolay Hristov, are reconstructing bat flight patterns to understand how and why this happens. They’ve learned that bats fly at an average speed of 20 mph, and their behavior is actually not as complex as it looks. Think of cars driving on a highway: “If you are sitting in the middle, it looks intimidating. But when you are in the traffic, it becomes an individual balancing act,” Hristov said.

The Pentagon would also like to know more about how bats are able to change speed or shift directions on a dime. To that end, researchers at Brown University studying bat handwings have learned bats’ skin is almost as important for flight control as their joints. Every species the team examined had at least one joint that lacked muscles on one side — but the bats are still able to flex them as if they had muscles. Joseph Bahlman, a doctoral student, said bat wing skin is crucial for transferring force, like a muscle normally would, and that this happened because heavy muscle loss provided an evolutionary advantage. Better understanding of how this works could inform development of robobat drones.

Military technology is coming full circle and helping bats, too. Conservationists in several states are using missile-tracking programs to track the heat signatures of bats, and researchers are checking Doppler radar images for bat migrations and cave emergences. Winifred Frick, a postdoctoral researcher at the University of California-Santa Cruz, is using the National Weather Service’s 159 NEXRAD Doppler radars to monitor bat movement. 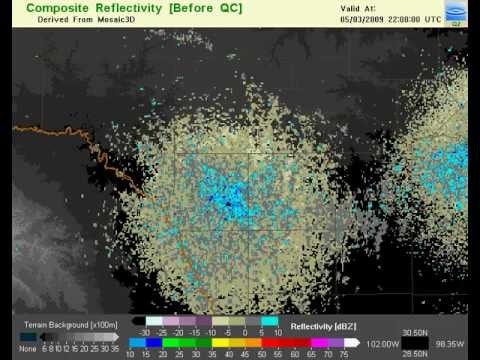 This radar image shows insects pooling along a mesoscale boundary layer, and the bats emerging from Frio and Rucker cave to forage on the insects.

Weather forecasters already have algorithms that can estimate the number of raindrops inside a rain cloud, so Frick hopes they can be tweaked to estimate the number of bats in a bat cloud. To do this, Phillip Chilson, a meteorologist at the University of Oklahoma, is putting bats in special wind tunnel chambers and measuring their backscatter cross-sections to estimate density.

This will improve bat population counts and help scientists measure their migration patterns, which will improve conservation plans for proposed wind farms, among other topics. Doppler radar can also pick up insects and other creatures living in the aerosphere, the layer of the atmosphere closest to the ground. Two years ago, Kunz proposed a new field called aeroecology, which studies the biological and mechanical systems that affect the aerosphere.

He has a National Science Foundation grant to expand this research and hopes to present a paper on it at the American Association for the Advancement of Science annual meeting in February. He will discuss how atmospheric scientists, biologists and engineers can work together to understand and protect creatures that use the aerosphere — proving, once more, that bat studies are important for much more than the bats themselves.