‘Blind As A Bat’ Isn’t Blind At All

Despite the idiom to the contrary, bats are not blind — they have excellent vision. But they own the night... 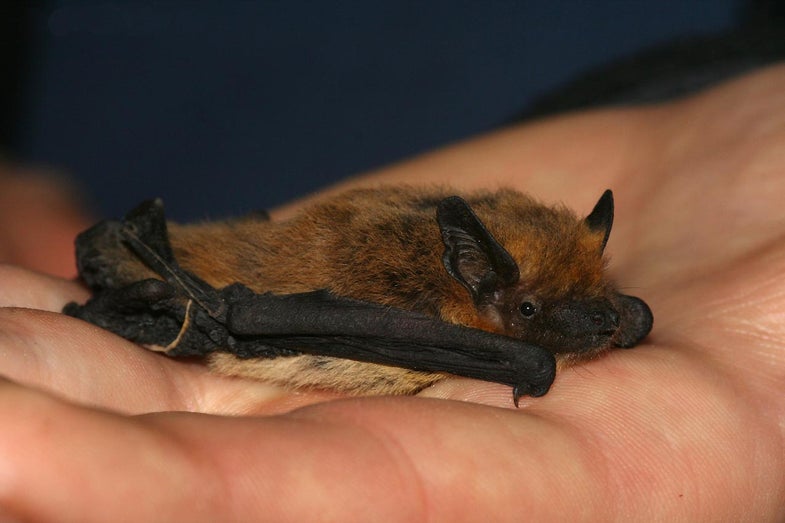 Despite the idiom to the contrary, bats are not blind — they have excellent vision. But they own the night because of their sonar. Or do they?

By listening for their own bounced-back ultrasonic squeaks, bats can find insects faster than any bird. Yet cave-dwelling, insect-eating bats come out at dusk, when insect activity is at its peak. This means they spend much of their mealtime in crepuscular light, when they can see perfectly well. Vision gives them a much more complete picture, and at higher resolution, than an ultrasonic “image” — so why evolve sonar at all?

It’s because combining these two senses gives bats a sort of 20/20 super-vision, according to a new paper by Arjan Boonman, Yinon Bar-On, Noam Cvikel and Yossi Yovel. The animals look around to keep track of where they’re going, and they use echolocation to hunt insects that would be harder to find with vision alone. This high-def sensory perception gives them an evolutionary edge.

“Imagine driving down the highway: Everything is clear in the distance, but objects are a blur when you pass them,” says Boonman. “Echolocation gives bats the unique ability to home in on small objects – mostly insects – while flying at high speeds.”

To figure this out, the researchers (who are all from Tel Aviv University) studied two bats common throughout northern Africa and the Middle East, Kuhl’s pipistrelle and the greater mouse-tailed bat. Kuhl’s pipistrelle hunts tiny prey, like mosquitoes, and sticks close to vegetation. The mouse-tailed bat hunts bigger prey, especially queen ants, and flies in open space. Both bats leave their roosts right after sunset. 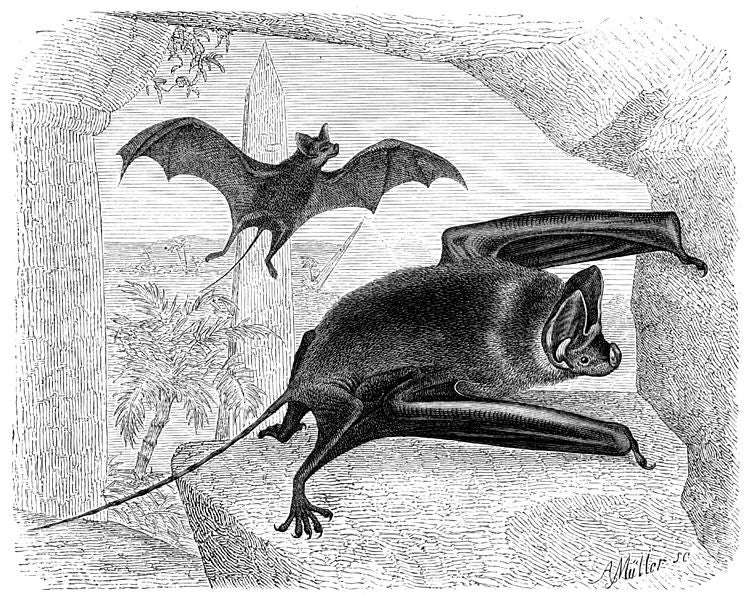 First, the researchers hung up some dead insects in a soundproof room and played taped bat calls through a loudspeaker, recording the way the sound waves bounced off a moth, a lacewing fly, a mosquito and an ant. They also used previous studies of bat vision to estimate the distance at which the bats would be able to see those creatures in twilight. Then they captured some bats and glued recorders on their heads, recovering them a few days later to listen to the playback. They were able to determine that the bats didn’t change their use of sonar as it got darker, suggesting the animals use echolocation regardless of light levels.

Ultimately, they found echolocation was twice as effective as vision at detecting insects in low light, a distinct advantage. That was true even when they crunched numbers that overestimated the power of vision. What’s more, distractions don’t affect echolocation like they do eyesight. Leafy trees pollute visual signals with noise, while the sonic signature of a mosquito versus a tree is crystal clear.

“Apart from being a superior navigational sense under extremely dark circumstances, we find that echolocation is also superior to vision for detecting and tracking small insects even at intermediate light levels,” the authors write. The paper appears in Frontiers in Physiology.

Why don’t birds do this? The simple answer is that ultrasonic hearing never evolved in birds the way it did in mammals, starting some 230 million years ago. Some birds do use audible echolocation, and a handful of birds are nocturnal. But bats’ bimodal hunting ability is unsurpassed.

All this means bat brains have to constantly integrate two streams of data, obtained with two different senses, to construct a single image of their world, the authors write. Their ability to do this, and to distinguish place from prey, could be one reason why there are so many bat species with such different specialities. And it’s why they own the night.