Like people choosing which path to take from the grocery store, bats develop preferred routes and remember them. 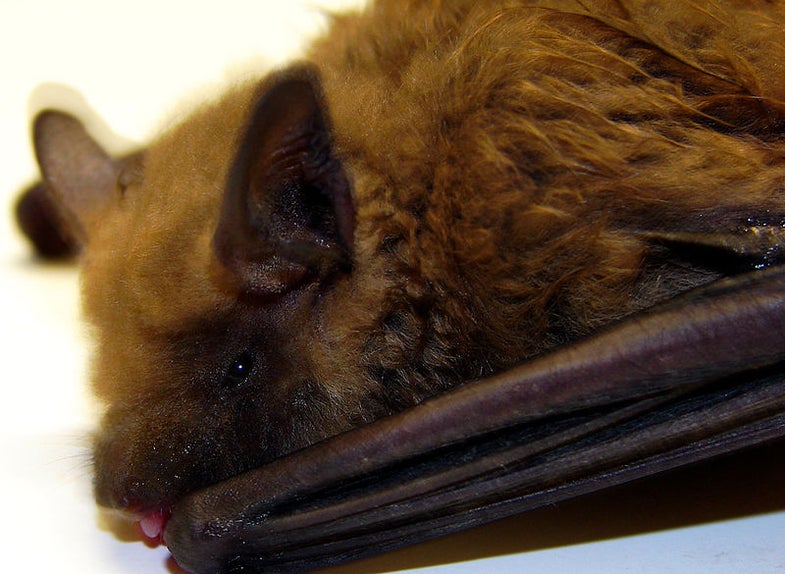 Many species of bats use echolocation to orient themselves and to hunt their insect prey, but they also rely on a pretty detailed memory to find their way around, a new study suggests. Their seemingly erratic flight patterns are not erratic after all–they’re following detailed internal maps. Let’s call it batnav.

Jonathan Barchi and colleagues at Brown University wanted to figure out how bats seemingly remember complex flight patterns that take them through obstacles, dense clouds of other bats, and to feeding grounds far away from their cave dwellings. They send and receive calls at superfast speeds, but they also fly pretty quickly, so they don’t have much time to orient themselves in a given location. Figuring they must be relying on prior knowledge of their surroundings, Barchi and fellow researchers set up a bat obstacle course and set some bats loose.

They worked with big brown bats, Eptesicus fuscus, a common species that live in caves and forage for insects. The team hung chains from the ceiling in a dark room, and embedded sensitive microphones in the walls to record the animals’ ultrasonic calls. Then they released bats from specific locations, and reconstructed their paths using the microphone data.

After a couple of days of flights, the bats figured out preferred paths through the obstacles, the researchers found. Each bat found its own way–some looped in tight figure eight patterns, while others made wide lasso-like shapes, each according to its own preference. Then the team moved the bats’ release spots, and found the bats would soon re-establish their preferred flight paths. 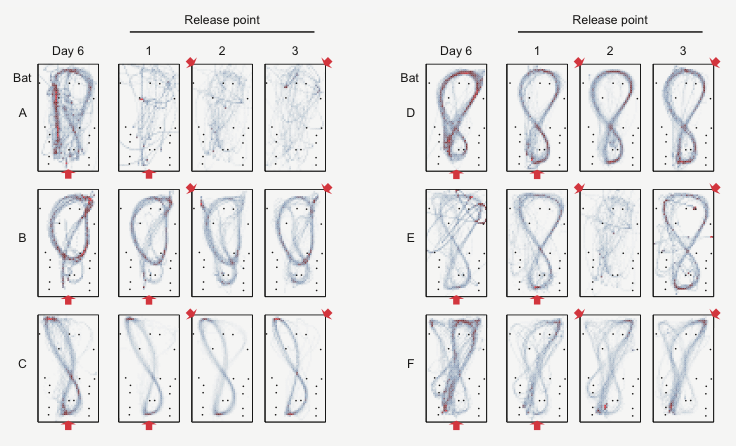 To test how well they could recall these patterns, the team put the bats on a month-long hiatus. The bats remembered the room and followed the same paths.

“We postulate that the development of stable flight paths allows bats to depend on their accumulated internal representation of a space, as well as on moment-to-moment echolocation, and to navigate within the space as a whole,” the team writes in their new research paper.

These findings could have implications for the neural basis of spatial memory. Unlike rats, which can stop in unfamiliar surroundings and orient themselves, bats are constantly on the wing, moving away from any given location all of the time. Somehow their brains are able to keep up with their ever-changing surroundings, the Brown team says. Their paper appears in The Journal of Experimental Biology.