No, this is not the plot of the new Jurassic Park movie 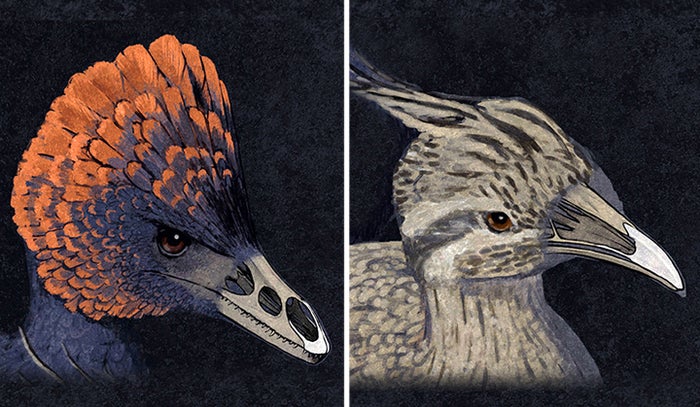 Birds have an amazing array of beaks, from the curved snout of a flamingo, to the delicate and deadly beak of an owl, to the rounder snout of the dino-chicken.

If you haven’t heard of a dino-chicken before, don’t feel bad. It was only recently created by scientists at Yale. In a study published today in the journal Evolution, researchers manipulated chicken embryos so that they would grow with the snout of a Velociraptor.

But living out a real-life version of Jurassic Park was TOTALLY NOT THE POINT say the researchers.

“Our goal here was to understand the molecular underpinnings of an important evolutionary transition, not to create a ‘dino-chicken’ simply for the sake of it,” lead author Bhart-Anjan Bhullar said in a statement, thereby ensuring that the image of a dino-chicken would be permanently embedded in your brain.

In order to get a better insight into how dinosaur snouts, rounded and with a different bone structure turned into modern beaks, Bhullar and colleagues looked at fossils of beaked dinosaurs and the bones of modern birds. They figured out that there was a particular pattern of gene expression in birds that wasn’t there in mammals or reptiles. The particular gene expression controlled the shape of the beak.

By introducing an inhibitor to stop the genetic signal that tells the embryo to build a bird beak, the scientists were able to make the chicken embryos grow a snout and palate that resembles their ancestors, the dinosaurs. 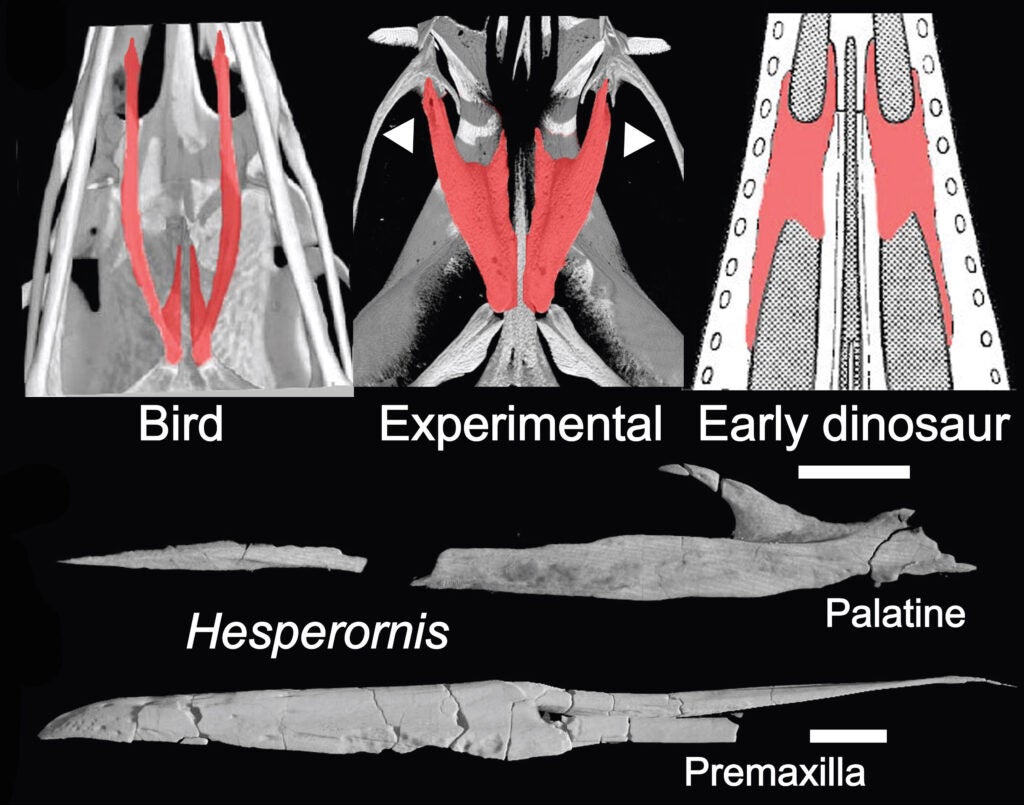 There are no plans to have dino-chickens pecking in a coop in Brooklyn, but the researchers do suggest that this method could be used to identify other evolutionary transformations.