This Halloween, Celebrate The Beautiful Bat

Bats are helpful insect eaters and providers of tequila, not just Halloween decorations. But their connection to the holiday is fitting. 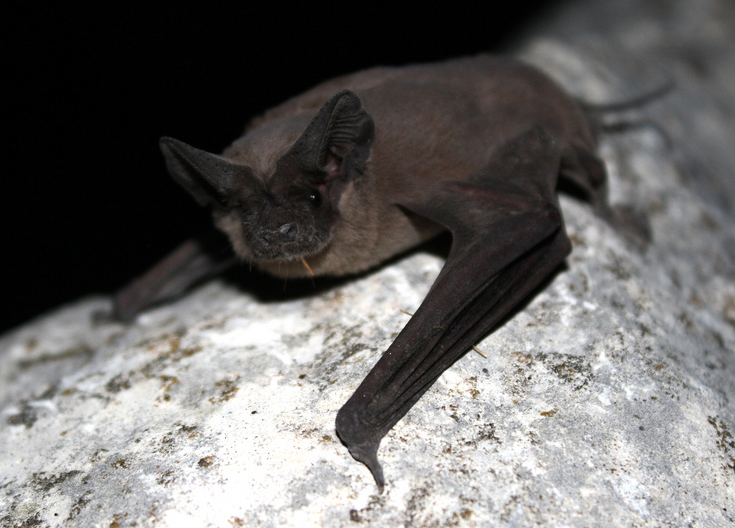 This is a Mexican free-tailed bat (Tadaria braziliensis) from Bracken Cave, near San Antonio, Texas. He does not want to hurt you. Ann Froschauer/U.S. Fish & Wildlife Service
SHARE

Except when they freak us out by getting into the attic, this time of year is arguably the only time anyone notices bats — they adorn T-shirts, cupcakes and front doors, symbolizing all the creepiness and darkness of Halloween. Of all the holiday’s motifs, bats are arguably the least understood and the most maligned. But they are in fact cuddly, clean and sociable creatures, and you should not be afraid of them! Here’s why.

Joy O’Keefe, director of the Indiana State University Bat Center, says she understands the Halloween connection — bats are spooky because they’re out at night, go into damp, dark places and make no noise.

“People fear what we don’t understand, and with bats nocturnal, and tending to be small, they’re cryptic,” she said. “Even us bat biologists don’t know a heck of a lot about them. It only takes a few wrong turns to perpetuate myths and fears about bats.”

It’s actually hard to pinpoint a specific reason why bats became so entwined with this holiday. Many of the bat experts I talked to mentioned the Dracula movies of the 1950s, which solidified the bat-vampire myth. O’Keefe notes that you see them a lot around Halloween, because they’re swarming now and mustering into caves for the winter. Other theories suggest they’ve been Halloween beasts since the beginning. As Celts celebrated their harvest festival Samhain, which evolved into Halloween, they lit bonfires, which attracted insects — which attracted bats. But this isn’t clear.

Mark Mirabello, a history professor at Shawnee State University in Ohio, said nocturnal animals in general may have evoked death because night time is the realm of the dead. “The dead are weakened by light, and daylight in general — that may be why a bat is often associated with death, a ‘night stalker,'” he said.

Steve Siporin, a history professor and folklorist at Utah State University, said Samhain was a new year’s celebration, marking the beginning of winter. 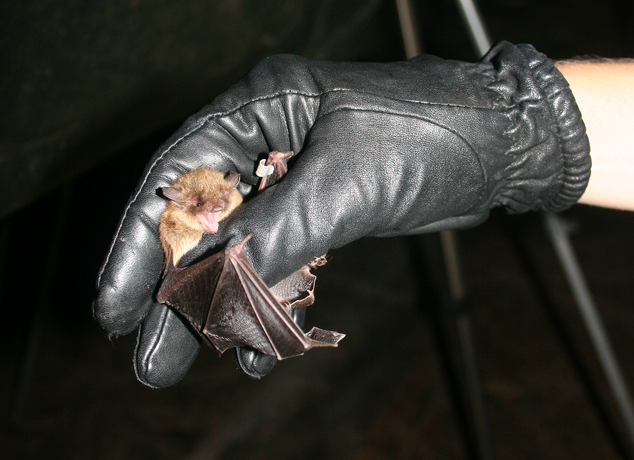 This is a little brown bat (myotis lucifungus) from New Hampshire. She was caught in a harp trap, which biologists use to trap and band bats.

“All the symbols have to do with death, because it’s the death of summer; harvest is coming to an end. That’s the origin of symbols like skeletons, and ghosts, and all that,” Siporin said. But bats? He said he’d never thought about it before I asked, but it turns out they fit this theme perfectly.

“One of the main themes of Halloween is liminality — the in-between-ness. It’s between one state and another state; between growth and death; between fall and winter, the beginning of the new year. There are all sorts of symbols of that in-between-ness,” he said. “It occurred to me that one of the things about a bat is it has a liminal kind of quality — it’s a liminal creature. It’s a mammal, and mammals generally belong on the ground, they don’t fly. It takes part in two different worlds.”

He also noted that Halloween is unique because it incorporates nature. Pumpkins, obviously, but also squash, corn stalks and other plants feature prominently this season — so it makes sense that bats would as well.

“Halloween crosses a lot of boundaries, and I keep coming back to the bat because it crosses boundaries, too,” he said.
“When we compare them to, say, rodents, there’s not quite as many species, but in terms of diversity of diet and function and form, we see a greater diversity in bats,” she said. “They’re the only true flying mammal, and nocturnal, which of course makes them very difficult to study.”

Bats are the only flying mammals.

There are about 1,200 species in all, which is almost a fourth of the total number of mammals, said O’Keefe.

Mary Jean “Corky” Quirk, an educator with NorCal Bats in Sacramento, has three live bats she brings to presentations and schools. The animals were injured and couldn’t be released, so now they serve as wildlife ambassadors, she said. Schoolkids and adults are almost always enchanted by them once they get a look.

“One thing that amazes people the most is how very small bats in the U.S. are,” she said. “When they are able to actually see the bats more closely, they can begin to see what their faces look like. They’re much more dog-like than rodent-like.”

Also, they are constant and obssessive groomers, so they’re very clean (although their caves are, well, not). 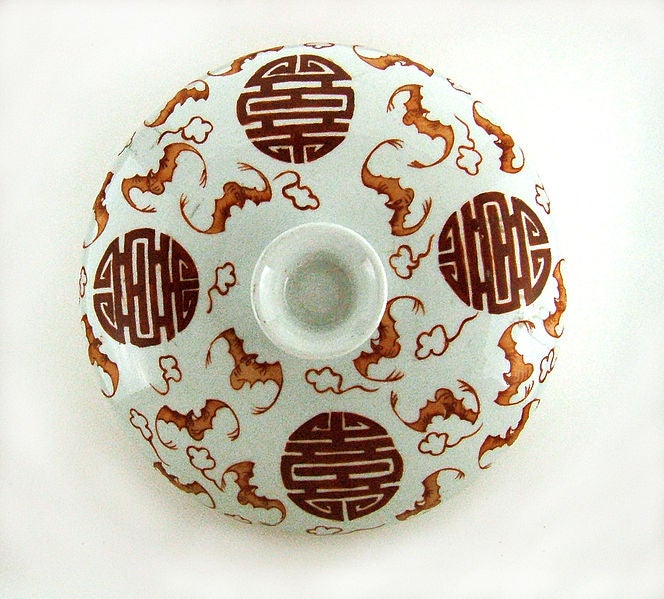 Bats are symbols of good luck in China, in part because the word for “bat” sounds like the word for “happiness.” This vase depicts the character shòu, which means “longevity,” surrounded by flying bats.

Bats protect and pollinate crops, from walnuts to tequila.

A colony of 1,000 Mexican freetailed bats can eat the equivalent of two full grocery bags (the brown paper kind) of insects every night, according to an estimate from researchers at Sacramento State University. If bats didn’t eat them, the insects would be free to eat crops with abandon, increasing pesticide use and destroying yields, said Rachael Freeman Long, a University of California Cooperative Extension adviser. Almost all North American bats are insectivores, so this is true throughout the U.S.

In the southwest and in Mexico, nectar-eating bats are the primary pollinators of several cactus and agave, which is used to make tequila.

Other cultures are not so anti-bat. In China, for instance, they’re powerful good luck symbols. The word for “bat” in Chinese (fú 蝠) sounds like the word for good fortune or happiness.

Bats are in trouble.

More than 5.5 million bats have died from a fungal infection known as white-nose syndrome, and their populations could take decades to recover, if they do at all. Bats have extraordinarily long lifespans, O’Keefe notes, sometimes living 40 years. They give birth to one pup per year, so rebuilding bat colonies will take a long time.

Whatever the origins of their Halloween story, it’s a good excuse to celebrate bats. Happy Halloween!
._. 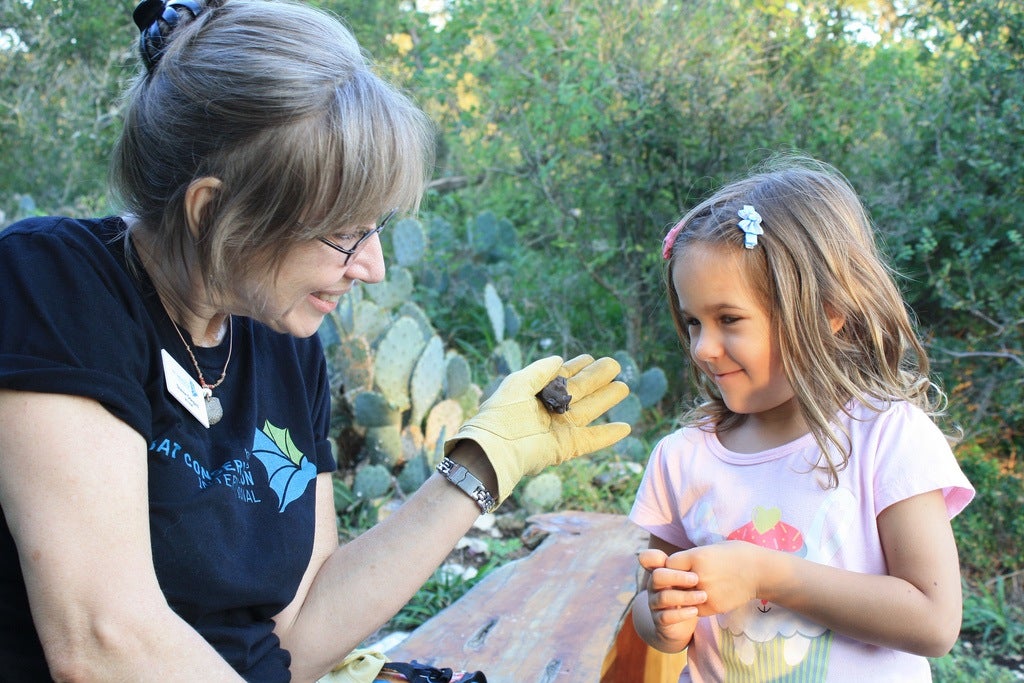