Inflammation Is Likely The Most Lethal Part Of Scorpion Stings, Study Finds

It could lead to new ways to treat them 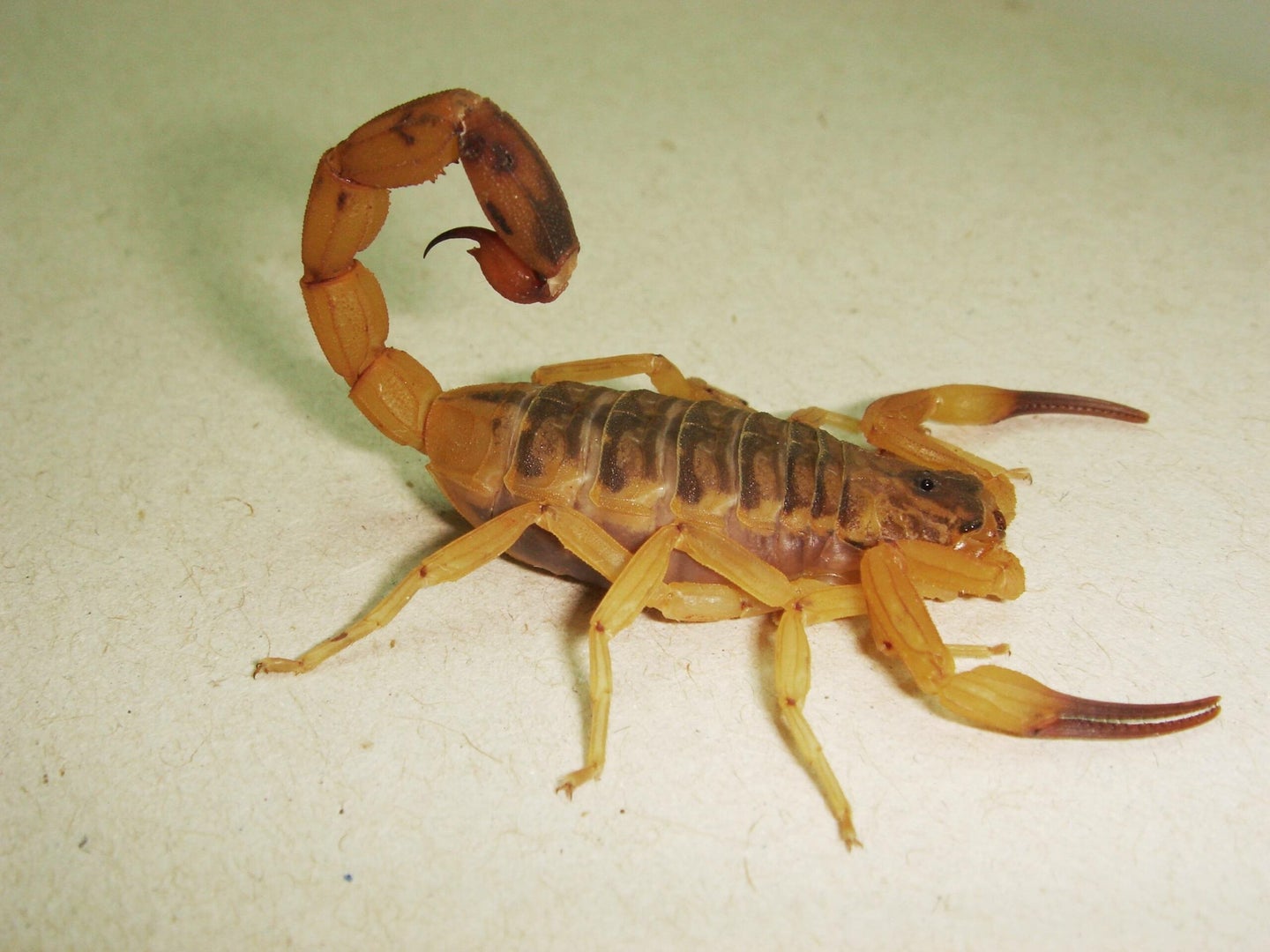 Some types of scorpions are harmless. But cross paths with the wrong one and you could be in serious trouble—the poison can cause the heart to stop and the lungs to fill with fluid, often killing the victim. Stings like these kill 3,000 people per year, and the venom from the Brazilian yellow scorpion, or Tityus serrulatus, is one of the most potent, affecting 1.2 million people annually. Although an anti-venom can often stop the toxins from taking their full effect, it can sometimes cause an allergic reaction in victims, again putting their lives at risk. Now researchers have figured out how the toxins affect the body on a molecular level, which has led them to a new way to treat the scorpion stings, according to a study published today in Nature Communications.

The researchers suspected that inflammation was doing most of the damage—that’s what happens when a bee stings you—but they weren’t quite sure. So they gave different doses of scorpion venom to groups of 4-6 mice and observed the different systems that activated in response. They found that even small amounts of the venom stimulated the “inflammasome”—a network of proteins that induce tissue inflammation—and that two compounds in particular came in waves to signal the start and end of that inflammation. It was the inflammation that was killing the mice—it was causing the lungs to swell, preventing them from taking in any more air. When the researchers inhibited the function of the mice’s inflammasome or gave the animals a drug to limit inflammation, the mice were able to survive what would otherwise be a lethal dose of scorpion venom.

To the researchers, this suggests that anti-inflammatory drugs could be an effective way to prevent deaths from the Brazilian yellow scorpion in humans. And while this sort of experiment hasn’t been tested in humans, this new understanding of the molecular systems at play after a scorpion sting might help prevent the thousands of deaths from scorpion venom every year, or even other conditions in which inflammation plays a key role, like allergic reactions.