Warthogs Take Themselves To Mongoose Cleaners 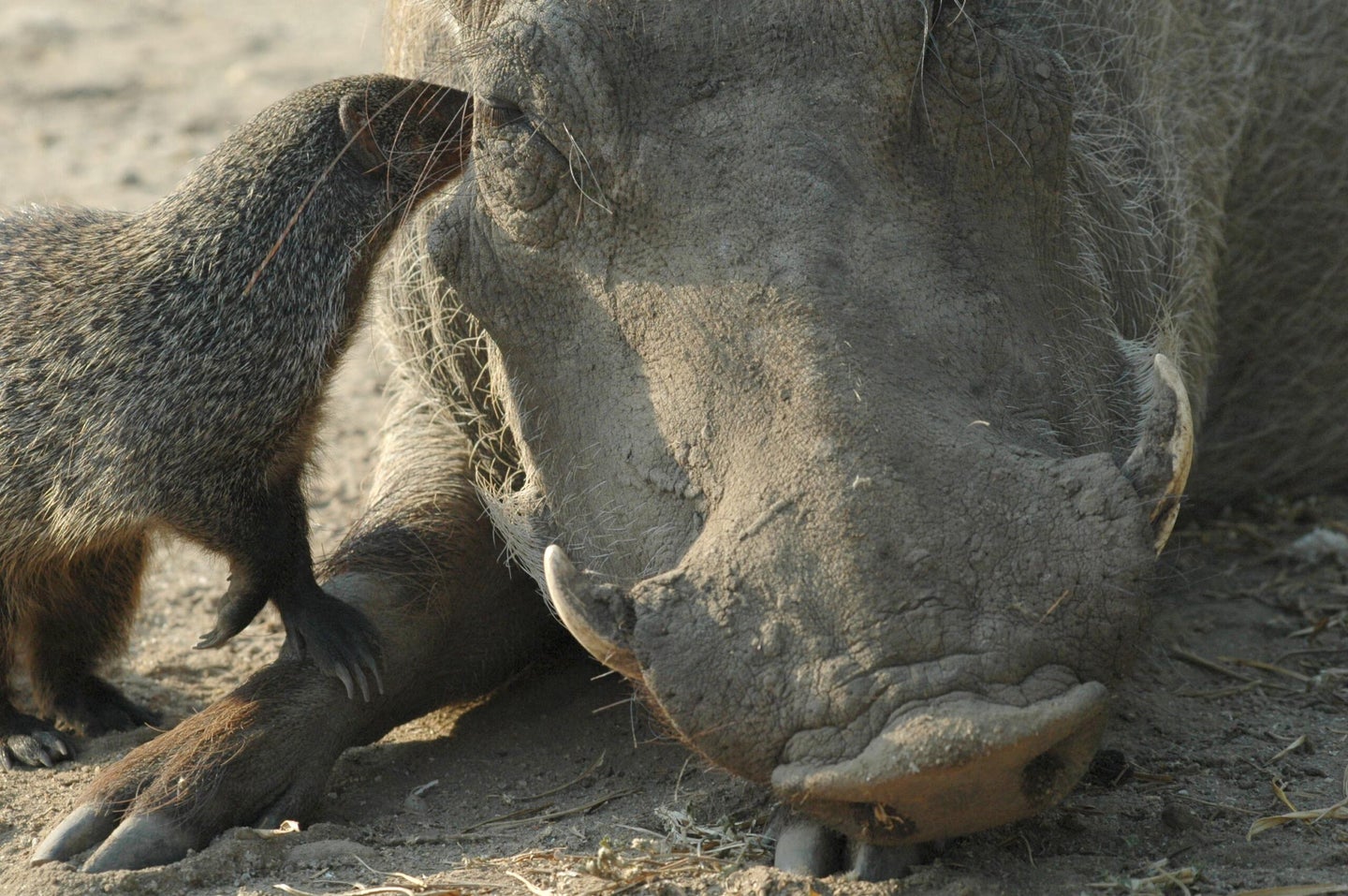 Researchers published findings this week about friendly warthog-mongoose relations. They observed warthogs in Uganda's Queen Elizabeth National Park lying down near mongooses to let the little mammals pick ticks and pests off their coats to eat. A. Plumptree
SHARE

The Lion King isn’t generally thought of as a biological treatise, but it does get some things right. OK, it gets one thing right. Warthogs do in fact have adorable mammalian sidekicks that love eating bugs.

The only trouble? It turns out that warthogs turn to mongooses, not meerkats, in their time of buggy need.

In a recent article published in Suiform Soundings, a newsletter published by the IUCN/SSC Wild Pig Specialist Group, researchers described some unusual behavior that has been observed in Uganda’s Queen Elizabeth National Park.

Warthogs in the park have been observed lying down when they encounter banded mongooses (mongeese?) and allowing the furry creatures to groom them, picking off ticks and other unwanted insects. The mongooses get a snack, the warthogs get clean and everyone goes away happy.

This is not the first time the warthog-mongoose relationship has been described. It was filmed as part of a 2010 BBC special about the mongooses in the park, called “Banded Brothers”, but actual research into the relationship between the odd couple is limited. The authors of the newsletter article hope that by describing the behavior, other researchers might look into the subject more.

“Such partnerships between different mammal species are rare, and this particular interaction illustrates a great deal of trust between participants,” Andy Plumptre, author of the article said in a press release. “It makes you wonder what else may be happening between species that we don’t see because, in order to see it, both species need to be unafraid of people.”