The Seadragon Life Cycle In One Beautiful Image 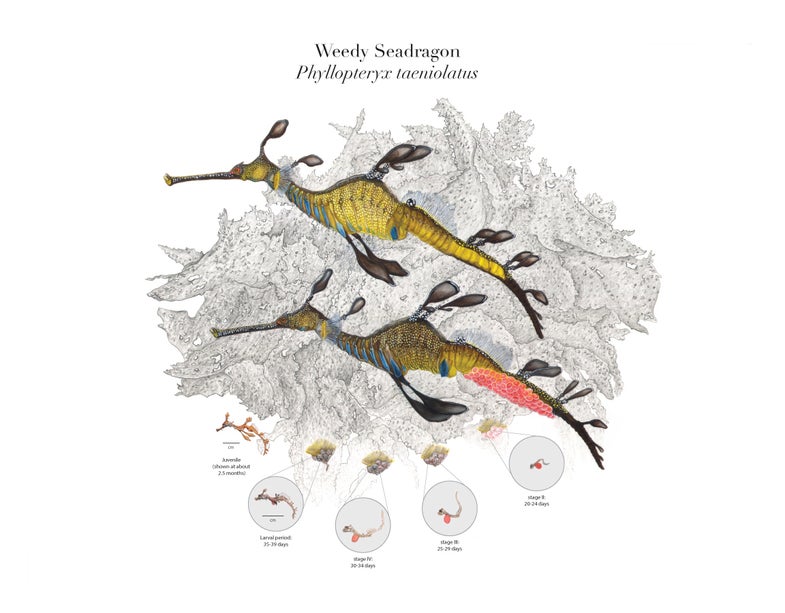 The seadragon starts as an egg in its dad's—yes, dad's—belly, before becoming a graceful and colorful adult fish. [Read more.]. Stephanie Rozzo
SHARE

During her time volunteering at the Monterey Bay Aquarium, freelance science illustrator Stephanie Rozzo helped clean the seahorse exhibit. Over time, she found herself enchanted by their colors and movements. Rozzo knew she had her next illustration subject when one male began carrying eggs (as males of the species do). She rendered an expectant pair of sea­dragons—native Australian fish closely related to seahorses—in acrylic paint with their seaweed habitat in graphite. The work depicts the species’ life stages from embryonic fry through adulthood.

“Weedy Seadragon Life Cycle” won the Expert’s Choice award for Illustration in the 2016 Vizzies. See all 10 of the winners.