Bugs are buzzing off, and that’s very bad

Insect populations are on the decline. 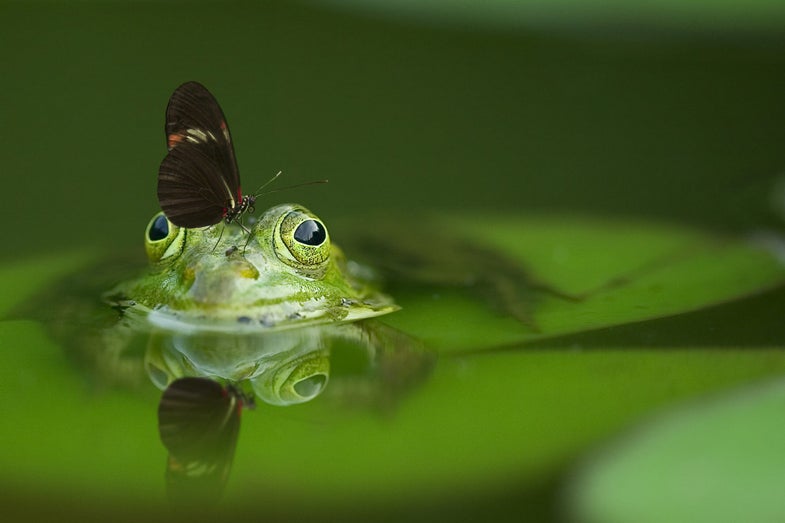 Bugs, well, bug a lot of people. There’s nothing quite as irritating as a fly buzzing around a room (except, perhaps, the constant itching of a bug bite). It’s hard to look at a mosquito, with its habit of spreading diseases like malaria and Zika, and not think we’d be better off without them.

But insects don’t exist solely to annoy us. In fact, from the bees and butterflies that pollinate our fruits and vegetables, to the beetles that break down decaying animals, many insects help create life as we know it here on Earth. But instead of thanking them, it seems that we might be killing them. A recent study in the journal PLoS One found that the number of flying insects is on the decline, and humans are most likely to blame.

This isn’t the first study to suggest that insects are disappearing. Since 2010, researchers worldwide have documented the decline of fireflies. And the disappearance of both bees and monarch butterflies, which each year traverse thousands of miles to travel from Canada to Mexico, has captured the public’s attention. In this new study researchers from The Netherlands, Germany, and the United Kingdom chronicled not the decline of a single insect species or two, but rather overall insect population trends. And the results aren’t good.

Every spring, summer, and fall for 27 years, researchers laid insect traps across 63 nature protection areas in Germany. Every 11 days or so, someone trekked out to each of those traps and removed the contents, weighing and storing their catch. As time passed, the researchers found that they were collecting fewer bugs from year to year. Between 1989 and 2016, they saw an overall decline of 76 percent in insect biomass. The researchers note that this is in line with the more noted drop in insects like the aforementioned bees and butterflies, suggesting that the dips in those insect populations are unique in only one regard: we bothered to notice.

The authors can’t pinpoint any one reason for this troubling trend. But it’s possible—and in fact probable—that many factors are at play. Changes in agricultural practices, such as the increased use of pesticides and herbicides, could be partially to blame. Pesticide use, after all, has been implicated in the decline of bees. Light pollution is implicated in the decline of fireflies, which use their glowing rears to signal to potential predators that they’re not tasty. Male fireflies use a pattern of lights to signal to mates that they are a different kind of tasty, so excess light from human structures can throw off their game. And temperature shifts due to climate change likely play a role as well.

The researchers say that the fact that this decline happened to insects within protected areas suggests that many factors are involved, likely of human origin—because other studies indicate that the problem is happening not just in Germany but worldwide. We have, after all, worked hard to fashion the planet in our image. From plastic in the Arctic to a can of spam located 36,000 feet below sea level in the Marianas Trench, to the existential threat of climate change, there’s no corner of the planet left untouched by human influence. All of which is worrisome.

A generation ago, Rachel Carson named her book Silent Spring because our indiscriminate use of pesticides, like DDT, was killing off not only insects, but also birds. If we weren’t careful, she warned, we would wake up to a silent spring—a spring without birdsongs or stridulating, the sound of crickets chirping.

We heeded her warning.

We phased out the most harmful pesticides, and developed chemicals that, though far from perfect, were less environmentally persistent. As a result, animals like Red-tailed hawks—which were once endangered because DDT softened their eggshells—rebounded.

But that problem was simpler; we knew the source, which made a solution readily available. In the case of the German study, we have identified the problem—insects are declining—but the cause remains elusive. And the cost of not finding a solution (and quickly) is high. Insects are an integral part of our food web. Not only do they pollinate our food, but they also help create the very soil in which we plant crops. And some insects, like ladybugs, help keep the ones we considers to be pests in check. Meanwhile, insect populations aren’t declining equally; human pests like mosquitoes and deer ticks are on the upswing due to our warming climate. And other pests, such as ones that target our crops, are evolving to become resistant to our pesticides. So as we inadvertently kill off the bugs that benefit us, the ones we loathe may flourish all the more.

And we’re not the only ones that depend on insects for our survival. Bats do, too. And like insects, bats are pollinators—they deposit pollen as they flit from flower to flower in search of their insect meals. Bats are also on the decline, according to a 2016 study. Together, bats and insects pollinate 30 percent of our food supply. If we lose them, the alternative is hand pollination; literally heading out to fields with paintbrushes and moving pollen from one plant to another. Food prices would soar. Along with bats, 60 percent of birds rely on insects as food, according to the study’s authors. Unsurprisingly, a report released last year found that North America has a billion fewer birds than it did 40 years ago.

As it turns out, we may not have actually halted Carson’s silent spring—perhaps we just slowed the pace of its arrival.