Pollen Can Now Be Turned Into Battery Parts 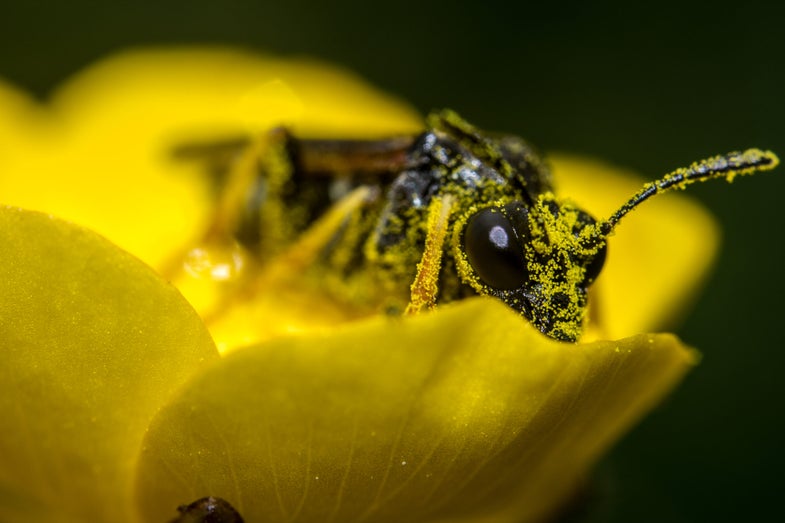 Pollen: it’s the burden of bees and the bane of allergy sufferers. But it may also be a way for us to effectively store energy.

In a paper published in Scientific Reports, researchers figured out a way to turn grains of pollen into anodes, a component of batteries.

“I started looking into pollens when my mom told me she had developed pollen allergy symptoms about two years ago,” co-author of the paper Jialiang Tang said. “I was fascinated by the beauty and diversity of pollen microstructures. But the idea of using them as battery anodes did not really kick in until I started working on battery research and learned more about carbonization of biomass.”

The carbonization Tang is talking about is the key to the whole process. In order to turn the pollen into battery anodes, the researchers heated pollen to the point that it turned into carbon, using a process called pyrolysis, which chars biological material, kind of like turning wood into charcoal.

The difference is, instead of just throwing it into a fire, the pyrolysis process happens in the absence of oxygen, and the pollen doesn’t actually combust — it just turns into a pollen-shaped biochar. It’s then heated again with oxygen, a process that increases the energy storage capacity of the anodes.

The pollen anodes are designed to fill the place currently occupied by graphite anodes in typical lithium-ion batteries.

The researchers tested two different types of pollen, pollen gathered from bees, which includes pollen from many different plants, and pollen from cattails, which have a more uniform structure. They found that cattail pollen performed slightly better than the bee pollen, but noted that bee pollen is much easier to gather. Future research will see how these anodes function in actual batteries.

“We are just introducing the fascinating concept here,” researcher Vilas Pol said. “Further work is needed to determine how practical it might be.”