Introducing the limpet as the heavyweight champion of the animal kingdom 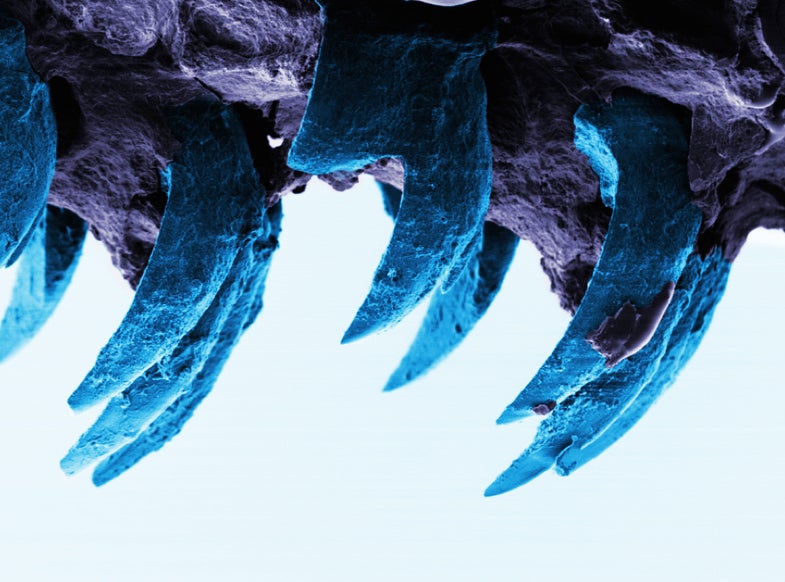 The strongest biologic material in the world rivals the strength it takes to turn carbon into diamonds. It doesn’t come from one of the biggest creatures, but rather the tiny teeth of a sea snail.

Until now, spider silk has reigned supreme as the strongest biological material. But engineers in the United Kingdom have found that the teeth that cover the tongue of the limpet, an aquatic snail, has a tensile strength about five times greater than most spider silk. The finding was published today in the Journal of the Royal Society Interface.

Limpets need super strong teeth because they use them to hang on to rocks along the seashore. They also use the teeth to scrape algae off the rocks for food, often picking up pieces of rock in the process. The teeth are made of iron-filled goethite nanofibers that are part of a protein matrix. The material is 100 times thinner in diameter than a human hair, and can withstand tensions of up to 3.0 to 6.5 gigapascals. Imagine a strand of spaghetti holding up 3,000 pounds and you’ve got the idea, lead author Asa Barber told the BBC. 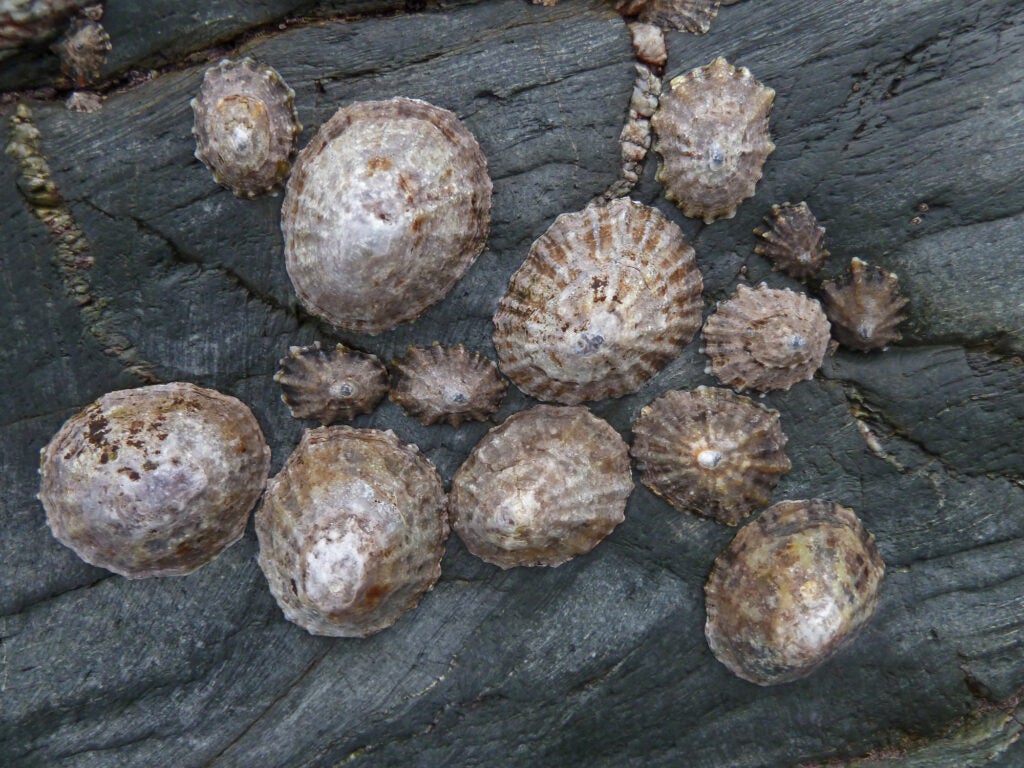 Limpets On The Rocks

But don’t expect to see limpet-toothed drill bits or bulletproof vests any time soon. Although it might be possible to use the material itself to make dental fillings in the future, the engineers are more interested in inventing their own sea snail-inspired material.