One step closer to releasing them in Florida 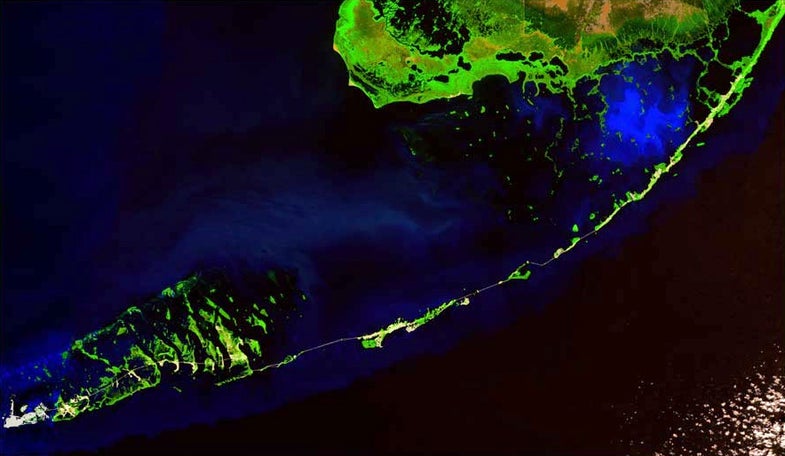 Oxitec, the British biotech company that has been working on developing genetically engineered male Aedes aegypti mosquitoes as a form of pest control is getting closer to testing its bug in the United States. Today, the FDA issued its finding of no significant impact (FONSI), in response to the company’s plans to test the genetically engineered mosquito (which goes by the very catchy name of OX513A) in Key Haven, Florida. Key Haven lies off the coast of the southern tip of the state’s mainland.

The trial Oxitec is proposing would release the OX513A mosquitoes out into the wild as a form of “non-chemical insecticide.” Their special genetic makeup ensures that when the male mates with a wild female, the offspring will not survive to a mating age. The idea is to reduce the population and stop the spread of deadly diseases like dengue fever or chikungunya. After the male has done its duty, it will finish out its average two-day life cycle.

According to University of Maryland entomology professor David O’Brochta, who is not affiliated with the trial or Oxitec, “high specificity, high efficacy and no persistence in the environment is more than can be said about the current approaches used to control Aedes aegypti in Florida, which involve fairly non-specific chemicals that have a measurable environmental footprint.”

The FDA’s preliminary FONSI comes after reviewing (with help from the CDC and EPA) the draft environmental assessment. And this won’t be Oxitec’s first field trial either. The project, which has been tested in Brazil, Panama, and the Cayman Islands, was shown to have significantly reduced the risk of dengue fever in Brazil.

Though of course, there are groups that aren’t fond of the idea of letting these bugs loose, like the Florida Keys Environmental Coalition, which says that the project needs more federal oversight.

Now, the FDA has opened up the project for public comment for 30 days, starting on Monday.