A pulse-pounding F-16 ride. Air races in the Nevada desert. And more from the world of aviation. 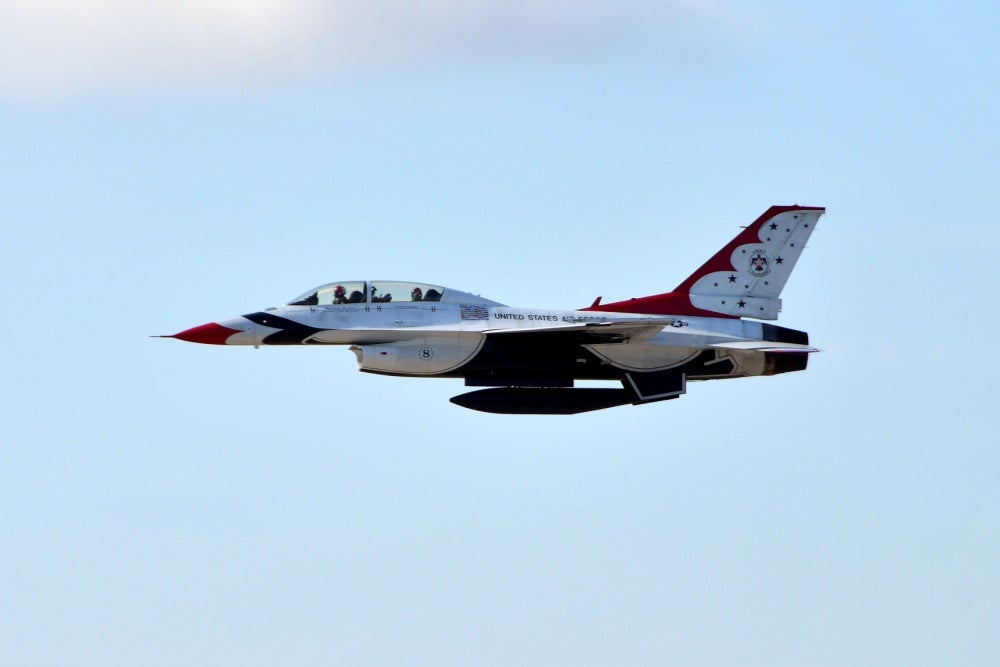 It was a disastrous year for commercial aviation. The crash of Flight 302 in Ethiopia in March claimed 157 lives; it followed the Lion Air disaster, which killed 189 people the year before. Both crashes were in Boeing 737 Max aircraft, and in both cases, investigators, regulators, and the airplane-maker are focusing on the role of MCAS, or the Maneuvering Characteristics Augmentation System, which led to the catastrophic accidents.

Following the Ethiopia accident, the FAA has grounded the Boeing 737 Max, the aircraft-maker has said it will suspend production, and the president of Boeing has been fired.

But beyond these disasters, the aviation world—commercial, military, recreational, and the experimental realm of air taxis and the like—kept on cruising. We covered a lot of it at PopSci. Here are some of our most exciting flying stories of the year.

We spoke with two U-2 spy plane pilots

You’ve almost certainly heard its name, but how much do you really know about this storied aircraft? When a U-2 lands, it needs a speeding chase car on the ground to help the pilot actually get the flying machine safely on the runway. And at cruising altitude, these planes fly at around 70,000 feet and the aviator inside wears a space suit. Here’s what it’s like to fly, and land, these historic planes.

We traveled to Reno, Nevada, and saw oodles of cool old planes

If you love classic aircraft, then the desert north of Reno during the National Championship Air Races in September is the place to be. We spent a few days on the ground in the bright sun there taking photographs and interviewing pilots of planes like P-51 Mustangs, little biplanes, and jets. We also flew in a T-6 from 1942 and even went upside-down briefly. After all, if you’re just flying right-side up, that’s boring.

Speaking of flying upside-down, we took to the skies with the Thunderbirds in an F-16, and oh boy, did the flight kick our butt. We pulled over 6 Gs, got very sick, and came away with a new appreciation of just how punishing the physics of piloting a fighter jet like an F-16 truly are. We also learned about the equipment aviators use, and the exercises they do, to prevent the blood from pooling at their feet (which can lead to a loss of consciousness) as they pull Gs.

The biggest commercial aircraft are on a descent path

In February, Airbus said it would stop producing the A380, its double-decker behemoth. In fact, big four-engine planes like that are becoming less attractive to airlines, who prefer slightly smaller fuel-efficient craft like the 787 or A350. Airlines are also flying the classic 747 jumbo jet less and less, too. We took a tour of the aged flight deck of British Airways 747-400 and snapped lots of cool photos, too.

A new Top Gun movie is coming out, and we geeked out on the planes

The last time we saw Tom Cruise in a fighter jet, it was 1986 and the planes in question were F-14 Tomcats. In 2020, Top Gun: Maverick comes out, and the Naval fighters of today are F/A-18 Super Hornets. Here’s everything you might want to know about the old jets and the modern ones of today.

We flew a huge experimental helicopter

Helicopters are hard to fly, a fact we learned when we tried piloting one, just for a few minutes, made by Sikorsky. Their SARA aircraft is a platform for the helicopter-maker to try out a new kind of autonomy system designed to make choppers easier to pilot and more automated; we got to try flying it both the new way and the old. The company is also working on converting a Black Hawk helicopter so they can test out the autonomy system on it, too.

A Dreamliner hit a ground speed of 801 mph

Back in February, a Boeing 787 got a serious speed boost from the jetstream, cruising at some 801 mph as measured by its ground speed. At the same time, compared to the air near it, the plane was traveling at a normal cruising speed. We broke down the difference between ground speed, indicated air speed, and true airspeed.

Boeing revealed the name of its new fighter jet trainer

Pilots who will one day find themselves at the stick of a front-line fighter like an F-35 or F-22 need to learn in a trainer first. Boeing’s new trainer, in which a student and an instructor sit in a tandem configuration, is called the T-7A, and it has “stadium seating” and touchscreens. The new aircraft also gave us a chance to look back at our flight in a T-6, a World War II-era trainer, in Nevada.

We took a look at the history, and future, of the next Air Force One

Whoever is the president in 2024 will likely have a cool new ride: the latest version of Air Force One, a converted 747-8 that the Air Force calls a VC-25B. Here’s what the planes used to look like, and everything we know about what the newest version will be like.

Companies like Uber think that one day, we might take jaunts around cities in electric flying machines that are in their own category: they’re not traditional planes, nor are they helicopters. A Boeing air taxi prototype took off for the first time in January, and also later crashed during testing (no one was on board or hurt). The past year also saw a cool little electric “jet” take off from a company called Lilium, a “Frankencopter” air taxi design from Jaunt, and an electric seaplane fly for the first time in British Columbia.

We announced our Best of What’s New awards in aerospace

Our Best of What’s New awards in the aerospace category this year included some truly awesome innovations: a giant drone that can haul some 70 pounds, a very fast Sikorsky helicopter with two counter-rotating main rotors, and an experimental plane from NASA and Lockheed Martin that will attempt to break the sound barrier quietly—and will do so without a traditional windshield.