Check Out This Giant NASA Drone Study From 1976

"a major service to the community, albeit not a glamorous one" 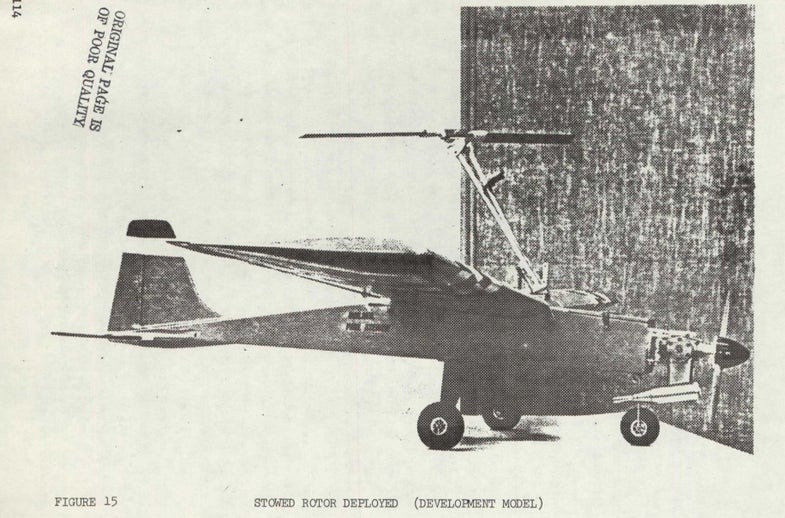 While drones date back to the first World War, it’s the modern era that’s really seen them take off in the home market. Cheap electronics, powerful batteries, useful cameras, and easy integration of multiple wireless technologies make it possible for someone to walk into an Apple store, plunk down $200, and start flying a drone with their phone. Almost none of that would have made sense to someone in 1976, when the NASA Ames Research Center commissioned a study from the Lockheed Missiles & Space Company on “Civil Uses Of Remotely Piloted Aircraft.” That study, in all its glorious 328 pages, is available online, and it’s a past glimpse at the future we’re now living in.

The study looked ahead to 1980-1985, trying to predict the next decade of remotely piloted vehicle innovation. Here’s the core of the study:

Nowadays, demand has soared well beyond those estimates, with approximately 1 million drones or more in the United States–though if distinguishing between business and hobby use, the gap is significantly less. Cost savings estimates are all over the place, depending on the kind of drone used and the type of manned aircraft it’s replacing, but there are certainly plenty of cases where a drone is the cheaper option. And to this day collision avoidance remains the biggest safety issue, with the FAA mandating the study and development of “sense and avoid” systems for drones before fully integrating them into the sky

The study identified that surveillance would be the biggest way for people to use drones, with “small-area surveillance” encompassing seven smaller categories like “security of high-value property” and “ice-floe scouting,” while “large-area surveillance” encompassed “search (and rescue),” “fish spotting,” and “law enforcement” among its eight categories. There were other uses, such as “communications relay” (something currently done by big modern drones, and even attempted by smaller ones) and crop spraying, which is also in the works now.

Endurance is already emphasized in the report as one of the major benefits of drones as opposed to manned aircraft, as is the transmission of data while in flight. A table on agricultural fatalities suggests that even 40 years ago people were looking at the life-saving potential of taking humans out of planes. There is a lot of depth in the report to explore, and this only scratches the surface.

Indeed. If the full book-length tome is a bit much, NASA’s own executive summary is also online. It clocks in at a mere 30 pages instead.