This Hypersonic Plane Concept Could Cross Atlantic In Under An Hour 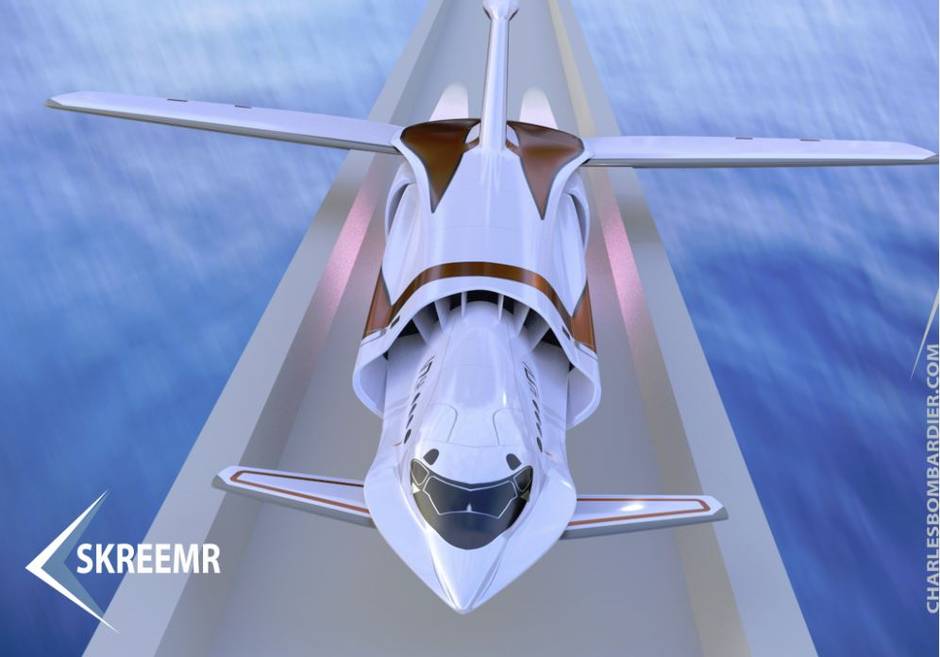 How fast should a plane cross the Atlantic? When Charles Lindbergh did it in 1927, it took him, via the Spirit of St. Louis, 33 hours, 30 minutes, 29.8 seconds. Direct flights on large jets today last around six and a half hours. The (now defunct) supersonic Concorde could do it in three and a half hours. Now, a new concept plane, sketched out by Canadian engineer and inventor, Charles Bombardier, can theoretically cross the pond in just over 40 minutes. Presented in Canada’s The Globe and Mail, Bombardiers Skreemr is a concept hypersonic airliner.

To get to full speed, the Skreemr would combine three fast technologies: rockets, scramjets, and magnetic rails. First, the plane would accelerate along a special runway, much like this sled is hurtled from an aircraft carrier into the sea by an electromagnetic catapult. To continue the acceleration, the Skreemr would fire rockets, boosting it into the air. Then, once it attained a supersonic speed, the scramjets would kick in, accelerating the plane through the sky at speeds of at least four times the speed of sound. Bombardier envisions the design working up to Mach 10.

As planned out, the Skreemr is a passenger plane, carrying 75 humans comfortably with rocket-like speed across the sea in mere minutes. It will also, in the designer’s vision, be powered by clean electricity for the magnetic rail and by hydrogen fuel cells for the plane itself, as befits a largely hypothetical craft. Bombardier says, “the Skreemr concept aims to ignite your imagination around this idea,” so don’t expect to see it over the Atlantic this century. Still, similar designs may fly. This past summer, Airbus patented a plane concept that uses rockets, jets, and ramjets to fly near space and then plummet efficiently back to Earth, covering thousands of miles in just a few hours.