Let’s take a look at the past, present, and future of the airborne White House. 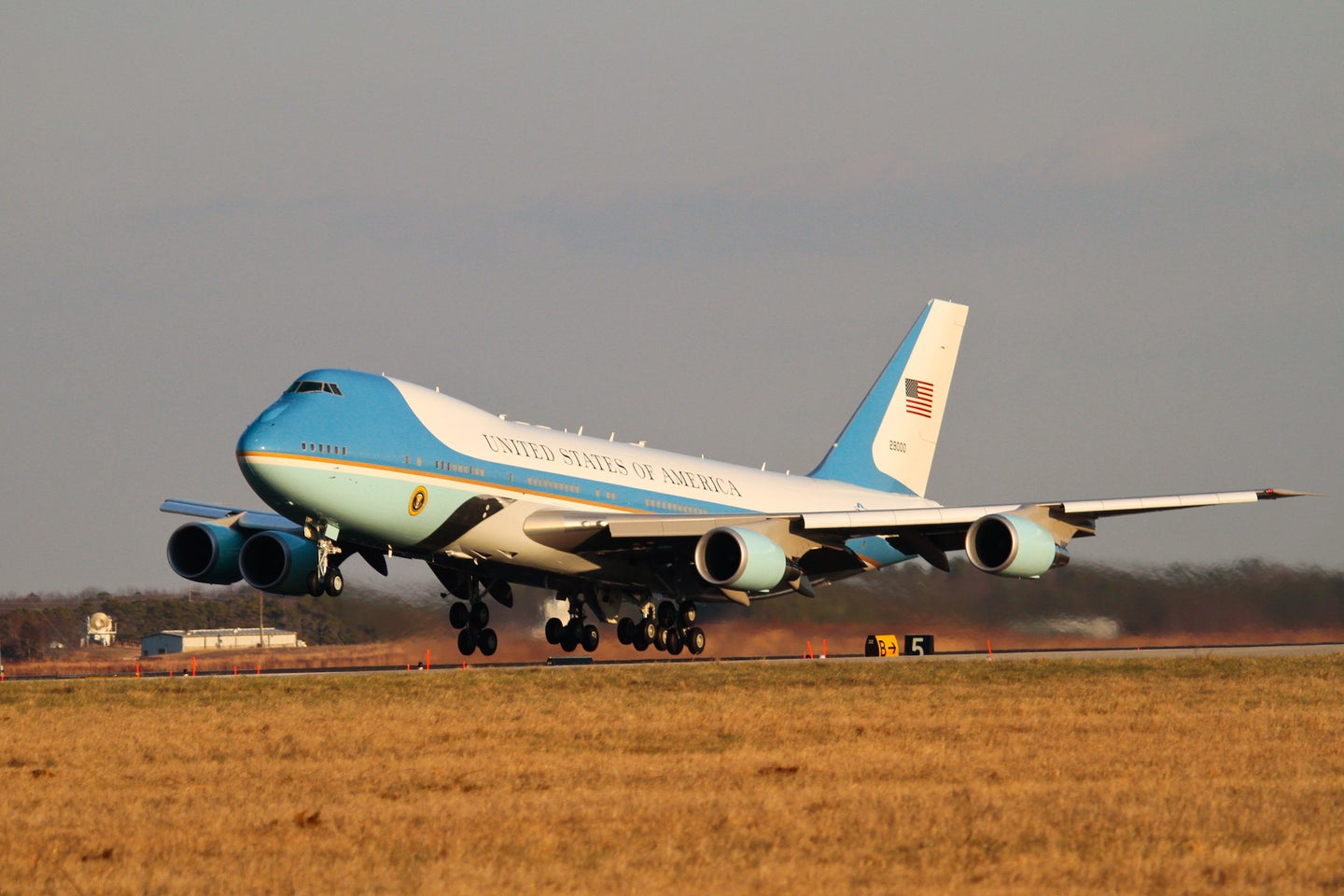 This article was first published in February, 2019. It has been updated since that time.

Sometime in 2024, if all goes according to plan, the Biden administration should receive a sweet new ride: the future version of Air Force One. The current planes are Boeing 747s, and the next ones will be too, although they will be a new model that is longer and wider (measured by its wingspan) than its predecessor.

Like the White House, Air Force One is a symbol that is supposed to transcend any presidential administration. “It doesn’t represent an individual president,” says Todd Harrison, the director of the Aerospace Security Project at the Center for Strategic and International Studies. “It represents the presidency and the U.S. government.”

Here’s what we know about the next version of Air Force One, which the Air Force calls the VC-25B, and the history of presidential aircraft leading up to the present day.

There used to be tail feathers

Presidents haven’t always flown in a Boeing 747. Kenneth Walsh, author of Air Force One: A History of Presidents and Their Planes, points out that President Truman wanted a distinctive design for his two-prop aircraft, the Independence. “It was painted to look like an eagle,” Walsh says. He notes that it even had “tail feathers.”

Later, President Eisenhower had a four-engine jet, a Boeing 707, which had, Walsh says, a “military style.”

It wasn’t until the Kennedy administration that the 707 received a blue and white paint job similar to what the current craft has. That’s also when the term “Air Force One” was born.

“They wanted a code name for air traffic control that would never be confused with another plane, and Air Force One seemed to have a certain majesty to it,” Walsh says. That code name, of course, also became the public term.

The Air Force One of today dates back to the George H.W. Bush administration. He was the first president to fly in the same Boeing 747-200s that are still cruising today, known as VC-25A.

“The basic reason for updating them is that the existing fleet of planes are just getting old,” Harrison, of CSIS, says. Switching to newer planes provides the obvious benefits that come with a modern aircraft—more efficient engines and better reliability—and is also a chance to install new defense and communications equipment.

For example, during September 11, 2001, President George W. Bush had trouble with the on-board communications system, according to Walsh, who is a contributing White House and political analyst for U.S. News and World Report, and has traveled on Air Force One some 300 times. “President Bush was upset a few times because his phone calls were getting cut off and dropped,” Walsh says. “Now they’ve apparently fixed that.”

One of the more sensitive areas of #airforceone is the communications area. Currently with 3 operators they manage all of the communications in and out of the flying #WhiteHouse. I managed recently to spend some time with these professionals in their natural habitat. #aviation pic.twitter.com/7BmnCABLuG

Walsh also says that since 9/11 they made it easier for the president to address the country from the airplane.

The current plane also has understandably secretive defense capabilities. “What we do know is that Air Force One has a skin on it designed to ward off electromagnetic pulses if there was a nuclear war,” says Walsh. He presumes that the next version would have a similar system.

Walsh also says the current plane has the capability to deal with a weapon like a shoulder-mounted heat-seeking missile, which would be a risk during takeoff or landing. “We know there are countermeasures,” Walsh says, which could “ward off” an attack like that.

“Beyond that, the military doesn’t like to talk about it,” Walsh says. “We all suspect, in the press corps, that there’s a lot more protective systems there, but they’re kept very, very secret.”

Planes ‘for all possible national contingencies’

For its part, the Air Force described the new planes, which are 747-8is, in a statement:

“Though modification specifics are not fully discussed due to operational security, expected updates include electrical power upgrades, a mission communication system, a medical facility, executive interior, a self-defense system and self-sufficient ground operations. The VC-25B, which will function as an airborne White House to allow the Commander in Chief to execute constitutional responsibilities while in transit, will also use the highest level of command and control military capabilities to maintain national security for all possible national contingencies or emergencies.”

A Boeing spokesperson confirmed, in an email, that the “new aircraft are expected to begin operations in 2024.”

As for that controversial new red, white, and blue paint scheme that President Trump wanted, which is a break from the Kennedy-era blue and white? On Friday, January 22, the press secretary for the Biden administration, Jen Psaki, provided this update at the 39-minute mark of the briefing: “I can confirm for you here, the President has not spent a moment thinking about the color scheme of Air Force One,” she said.