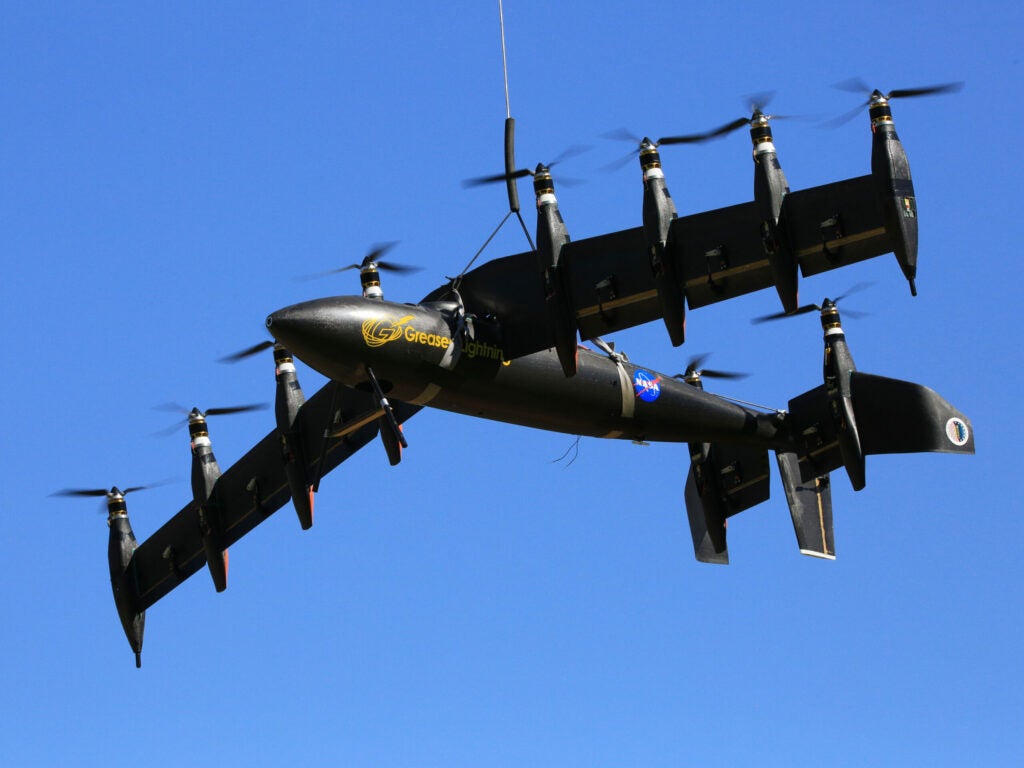 NASA’s Greased Lightning is an all-electric transforming drone from the aviation side of the venerable space agency. With lots of little motors and tilt-wings, it can take off and land vertically like a helicopter, then shift them to fly level through the air like a plane. We’ve raved about it before, and marveled at both the name and the abilities of the little plane. It’s pretty impressive, for a craft with only a 10-foot wingspan. Now you can see what the view looks like from the drone’s 360-degree camera, thanks to a panoramic video released earlier this week.

Designed for display in virtual reality headsets, the video also looks really weird when captured as a gif.

Thanks to the 10 engines and the digital camera on the plane, the video is also a really good showcase of how progressive-scanning cameras capture moving objects sequentially, turning spinning disks into really weird blobs. Watch the full video below, and explore the 360 degree view: