Here's how the competition in the desert breaks down, by the numbers. 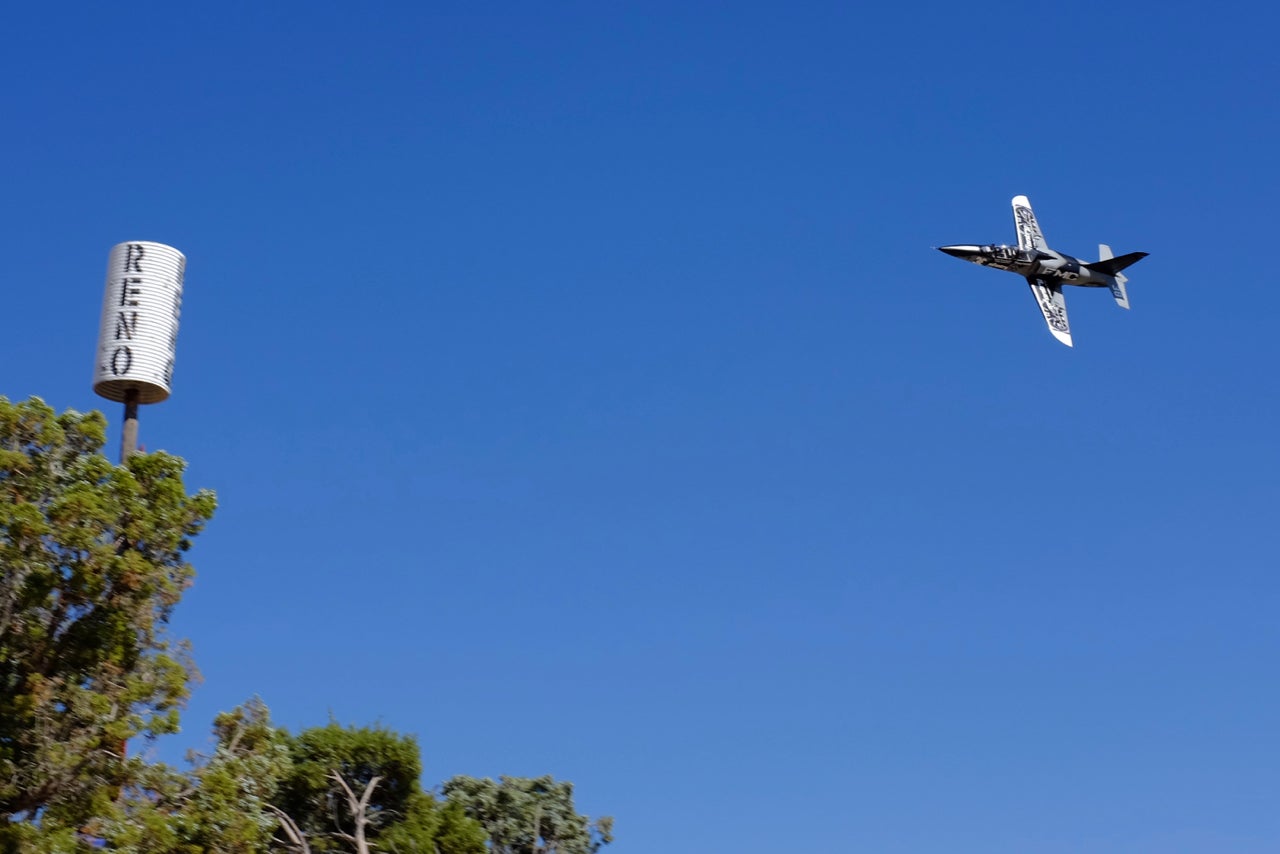 On Saturday, I stood in the high, hot, dusty, dry desert of Nevada and watched small jets zoom past a pylon on a hill at low altitude as they flew their way through a race course in the sky.

If you’ve ever watched stock cars compete around a track, you get the general idea of what goes on at the National Championship Air Races near Reno—except the cars in this case are different types of airplanes, the race courses are in the air, and the planes must bank around points that pylons mark on the ground.

Judges hang out near the pylons to ensure the aircraft don’t cut corners. “It’s the greatest seat you can possibly have, except you’re standing,” Dave Sweeney, a judge at pylon eight, said during the races last Friday. “If you love airplanes, this is the place to be—it’s like the World Series.” After all, where else can you see vintage aircraft like a P-51 Mustang or a Sea Fury fly right by you?

After five days of races at a crazy competition you’ve probably never heard of in the desert, here’s how what’s advertised as “the fastest motorsport on Earth” stacks up, by the numbers.

Over one hundred different aircraft flew in the races, but they were divided into six different categories—so jets weren’t flying side-by-side with propeller planes dating to World War II. The classes include nimble little biplanes, small planes pulled by propellers in the “Formula One” and “Sport” categories, jets like a L-39 Albatross, and more. For images of the race planes and others on display at the event, check out this gallery.

Some of the planes have memorable names, like Dreadnought, Goldfinger, Miss America, and Breathless.

That’s the average speed of the winner in the “gold” class of the jet races—it took the plane and its pilot less than six minutes to complete six laps around a course that totalled about 47 miles long. Not all planes went that fast, of course. Towards the pokier end of the spectrum, the winner in the T-6 class flew at an average speed of 235 mph around a course that totaled 29 miles long.

Planes in different categories fly around courses, marked by those pylons, that vary in length. One lap in the jet class, for example, is 7.9 miles long, and the planes must complete six laps. The T-6 course is shorter: each lap is 4.8 miles, and flying six laps around that track in the sky took the winner over seven minutes. The planes are supposed to fly between 50 and 250 feet above ground level.

The pilots pull Gs as they bank round the corners, turning left each time. Those Gs are measured in units of gravity—sitting on Earth, or flying straight and level, people feel one G. But when a plane turns hard, accelerates fast, and executes other maneuvers, the pilots feel more Gs pushing their bodies against the seats. For example, the jet course is designed to hit the pilots with 5 Gs, and the T-6 course could provide 3 Gs for the pilots on the turns. Generally, pilots being hit with high Gs must do an exercise called the anti-g straining maneuver to make sure they don’t lose blood flow to their brain and fall unconscious. Here’s what it’s like to experience over 6 Gs in an F-16.

Not all the aircraft around the tarmac at Reno Stead Airport were flying around the desert and trying to win a race. Other planes were there on display or performing, including military jets like F/A-18 Super Hornets, F-15 fighters, and an enormous, 174-foot-long C-17A Globemaster III.

That huge Globemaster on display can take off with a total weight of 585,000 pounds (that’s the weight of the plane, plus fuel, plus a maximum payload of 170,900 pounds). But a decisively smaller aircraft at the races was a Pitts S-1S biplane (fifth image from the top, here), which competed in the competition and weighed around 800 to 850 pounds when it’s empty.

Popular Science was on the ground (and in the air) in Nevada covering the Reno air races. Check out our gallery of aircraft at the event, a look at what it’s like to fly upside down, and a glimpse at the past and future of the planes fighter pilots train in.