Small plane designed for long, leisurely journeys is a retiree in the sky 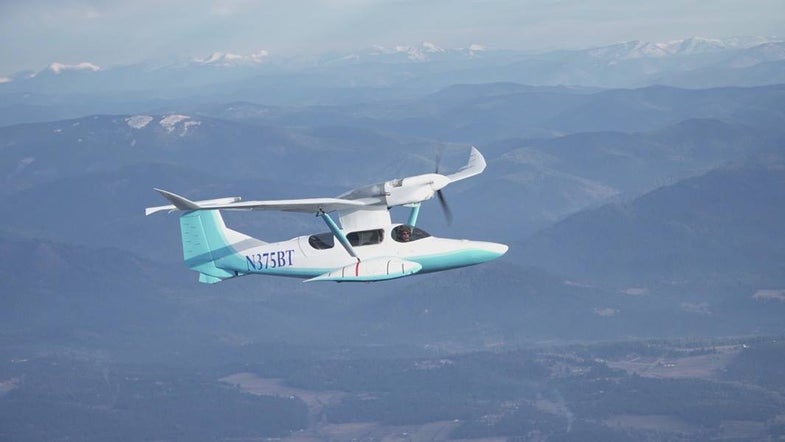 Where Burt Rutan‘s going, he doesn’t need runways. Rutan is a legendary airplane designer. Besides making a variety of designs for the home-build airplane market, his creations have circled the Earth and made it to space. His Voyager airplane crossed the globe in 9 days without refueling in 1986, and his company Scaled Composites built the private spacecraft SpaceShipOne.

SkiGull, Rutan’s latest design, isn’t out to set any records. Instead, it aims to open almost the entire planet to air travel, by landing almost anywhere on land or sea. At least, open it up for Rutan and his wife; there are no plans or any indication of plans for the SkiGull to enter production.

SkiGull is Rutan’s 47th aircraft design. He unveiled the plane concept earlier this summer at the Experimental Aircraft Association’s AirVenture conference in Oshkosh, Wisconsin. Seating just two, a pilot with a passenger behind, the SkiGull has a sturdy yet lightweight composite body. Both its skies and wheels are retractable and mounted on hydraulic suspensions, so the plane can land on choppy seas or rougher ground. The SkiGull takes gasoline like a car, so it’s not tied to airplane-specific fuels.

The SkiGull first took to water earlier this month. This week, it appears it has taken its first flight, flying for almost two hours. The plane likely needs more modifications before it’s ready to venture into the world, but early tests are promising.

With a cruising speed of just 160 mph, the SkiGull isn’t going anywhere particularly fast, but it’s in it for the long haul. The plane is supposed to have a range of 2,500 miles without refueling, so it can travel from California to Hawaii, or Boston to Iceland without having to pick up fuel along the way. The trip may still take over 15 hours, but for a retired inventor who loves the sky as much as Rutan clearly does, perhaps the point is to spend as much time airborne as possible.