We heard from two U-2 pilots about what it’s like to operate the storied aircraft. 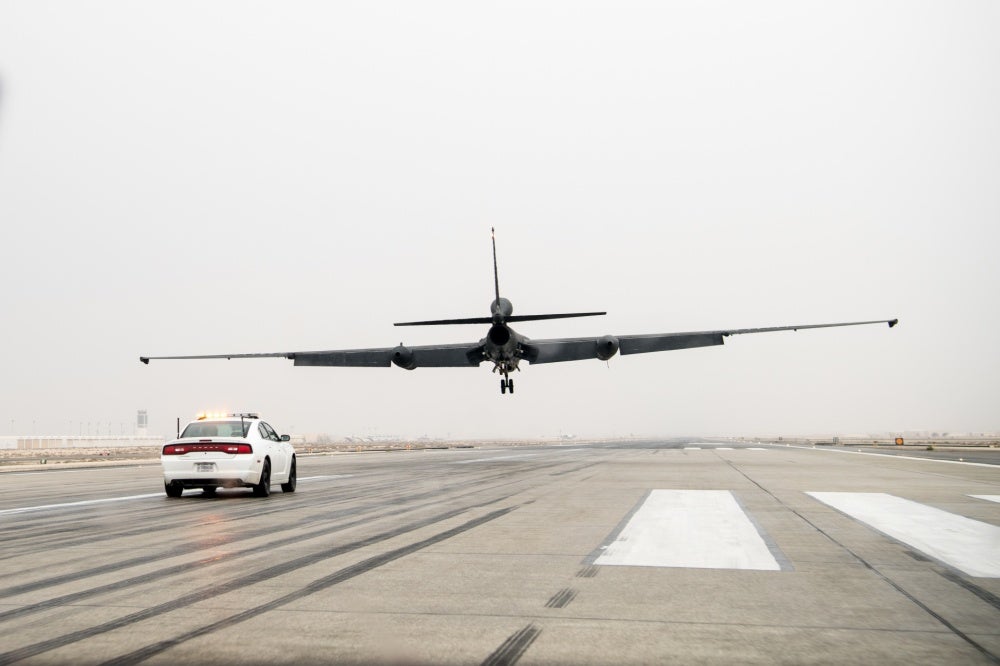 Imagine the US aerial intelligence-gathering apparatus, and drones and satellites probably come to mind. But for decades, and still today, the military has also been using a spy plane called the U-2 to collect information about what’s below using instruments like radar, antennas, and even a film camera. Challenging to fly and especially hard to land, the aircraft cruises comfortably in the neighborhood of 70,000 feet off the ground.

We recently heard from two U-2 spy plane pilots about what it’s like to operate this aircraft and how the Air Force uses it today. Here’s what we learned.

The U-2 loves heights—it has nearly twice the cruising altitude of a commercial jet. That’s thanks to its long, glider-like wings, which span 105 feet across. “This jet does not want to be on the ground, and that’s a real problem when it comes to landing,” says Matt Nauman, a U-2 pilot.

One complicating factor when landing is the dearth of wheels on the plane: to save weight, its designer gave it just two sets of wheels, lined up like bicycle tires, front to back, under the fuselage. Compare that with the landing gear on commercial planes like the 737, which has a stable triangle pattern: two sets of wheels next to each other under the wings, and one up front.

In other words, when a U-2 lands, there’s nothing to keep the wings from tipping and hitting the ground except the pilot’s skill. Because of the big wings, which provide oodles of lift, and the scant landing gear, the pilots need help when plopping it on the ground. “We’ll actually slow down, and the nose will continue to come up until the plane essentially falls out of the sky at two feet [off the ground], so we slow it down enough where it can no longer fly itself,” Nauman says.

To get an outside viewpoint, another U-2 pilot literally drives behind the aircraft at high speeds while it’s landing, radioing information to the pilot in the plane to help them land. Vehicles like Mustangs, Camaros, Pontiac G8s, and Chargers have done that job, says Travis Patterson, another U-2 pilot. “He’s actually talking the pilot down a little bit,” Patterson says, “just to help him out.”

The pilot wears a spacesuit and eats out of a tube

The cockpit of a U-2 is pressurized to around 15,000 feet of altitude, but the plane itself operates much higher off the ground. In case they need to eject or they face another problem, the pilots wear a spacesuit for the entire flight, like the one that Felix Baumgartner wore when jumping out of a balloon from 128,000 feet off the ground. That gear makes landing the plane more complex, too. “You’re effectively wearing a fishbowl on your head,” says Patterson, “and you’re trying to land one of the most difficult aircraft in the world.”

As for what they eat? “It’s actually a toothpaste tube full of food, like an MRE in a tube, that you eat through a port in your helmet,” Nauman says, although he says they’re working on improving that cuisine.

The point is to gather intelligence

The aircraft doesn’t carry kinetic weapons like guns. But Patterson says that it’s not helpless, as it does have a “self-defence system.”

So instead of kinetic weapons, it carries sensors like antennas, radar, and imaging equipment to gather intelligence and send it back down to the surface in real time. The plane is Mr.-Potato-Head-like, in that it’s modular: the Air Force can swap out what payloads and sensors they want it to carry.

“The missions are reconnaissance-based,” Patterson says. “If you think about the hot spots on the globe—right now we’re focusing on big players like China, and Russia, Iran, North Korea—there’s probably a U-2 flying somewhere in those areas right now, taking a look at what’s going on.”

The plane flies in international airspace, as opposed to directly over a country that’s a surveillance target. The idea is that the sensors can see so far—for example, a large radar unit in the nose is capable of peering some 300 miles in one direction from an altitude of 70,000, Patterson says—meaning that being “parked off someone’s coast” still enables a nice view inland.

The plane also can carry a digital-camera-like imager with a “lens about the size of a pizza platter,” says Patterson, that can image in different parts of the light spectrum that aren’t visible to the human eye or consumer-grade cameras.

And yes, it still shoots on film sometimes. It features a “giant wet film camera,” Patterson says, that carries about 10,500 feet of film. That film produces high-fidelity pictures of what’s below. Plus, Nauman says that shooting on film allows them to share imagery more easily with allies without running into issues pertaining to alterability or whether or not something is classified. “That film camera actually just lets us develop that film and distribute it as need be,” Nauman says.

Finally, it’s easy to imagine that the pilots would land the plane and then hand over a couple hard drives to intelligence analysts. But instead, the craft shares its data (just not what comes out of the film camera) with the surface while the plane is still in the air.

They take the information they gather, “and we pipe it over a data link to a satellite, and then down to the ground somewhere else in the world where we have a team of almost 300 intel analysts sitting there, operating as our crew,” Patterson says. They can also send the data straight to the ground, skipping that satellite link.

It’s been flying a long time

The first U-2 flew in 1955, although most of the planes with the U-2 name in service today were built in the mid-1980s, Patterson says. The fleet numbers around 30 planes, plus four craft that have two seats in them used to train pilots. The airframes may still be flying through 2040 or even 2050, Patterson says, because once the plane gets up high, the stress on the craft is low.

“We’re not a fighter, where we’re pulling a lot of g-force,” Patterson says. “Once it gets to altitude, it’s smooth, and quiet—and it’s very, very nice on the airplane. The only tough part is the landing.”