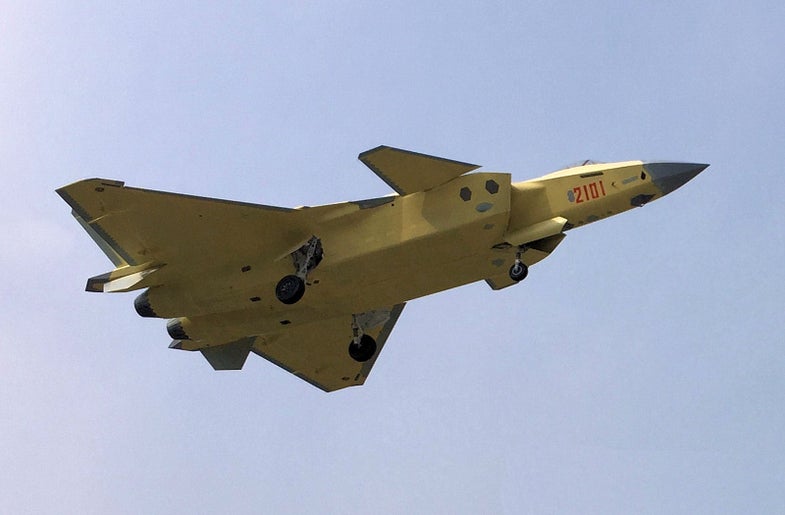 Apart from its Russian engines, the J-20 is completely made and designed in China. And even then, future J-20s will be flying with a more powerful domestic engine, the WS-15, by 2021. Andreas Rupprecht
SHARE 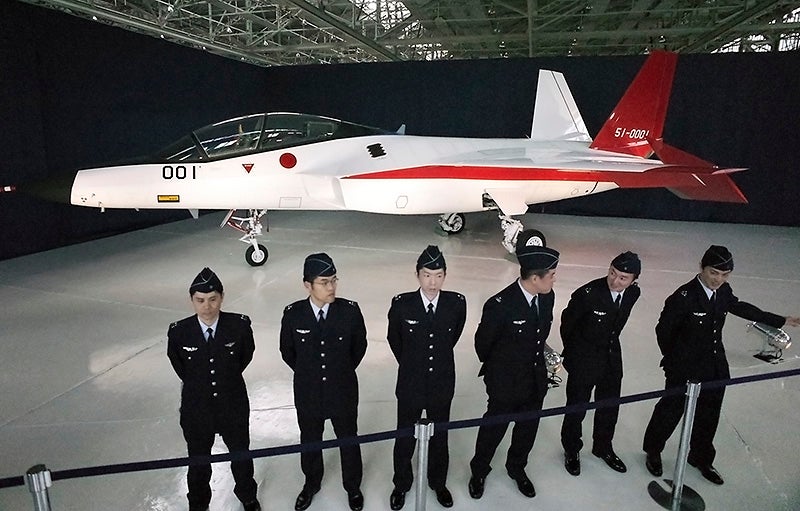 The ATD-X technology demonstrator, intended to test stealth and other advanced fighter technologies for Japan, will make its flight later this month (an actual fighter may enter service around 2017). At only 10 tons at maximum weight, its only a third the weight of air superiority stealth fighters like the F-22A, J-20 and PAK-FA T-50.

Japan recently made news by showing off the X-2 Mitsubishi Heavy Industries Advanced Technology Demonstrator – Experimental (ATD-X),a full-scale test model of a domestically designed fifth-generation fighter, unofficially called ‘ShinShin.’ But on Jan. 18, China demonstrated it is well past demonstrators. At the Chengdu Aircraft Corporation factory in Sichuan, China it began the test flights on “2101”, the first production J-20 stealth fighter. 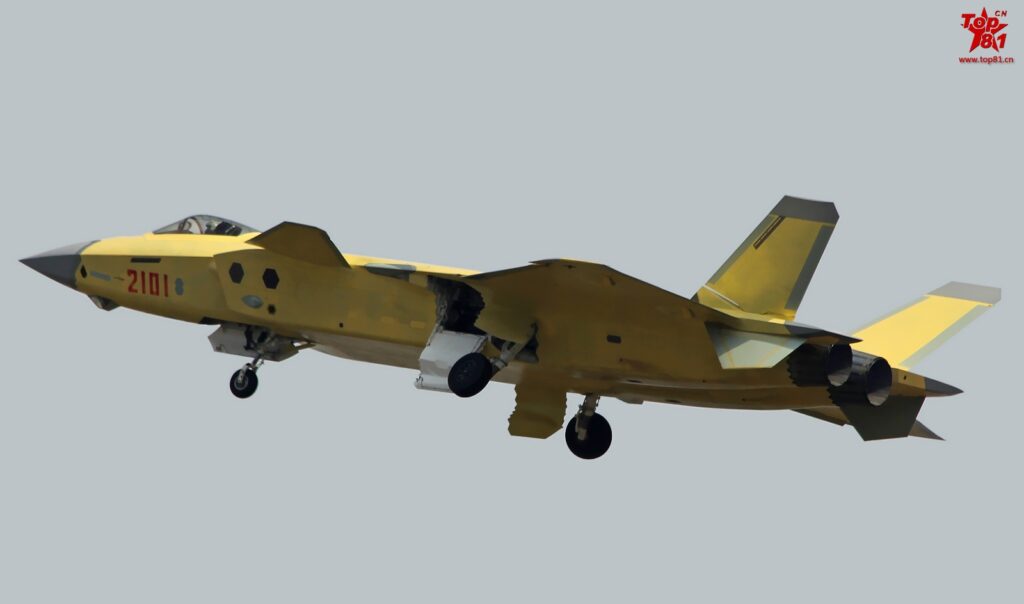 “2101” will be the first J-20 stealth fighter to enter Chinese service. Its yellow primer will be painted over with darker radar absorbing materials once its handed over to the PLAAF.

“2101” is the first airframe in the inaugural production batch of J-20 fighters. With the first J-20 squadron expected to be fully delivered by year’s end, the China Flight Testing Evaluation regiment will being developing operating procedures, tactics and technical proficiency to bring the J-20 to combat readiness. At this pace, it is expected that in 2017-2018, the Chinese Air Force will have its first operational stealth fighter squadron. 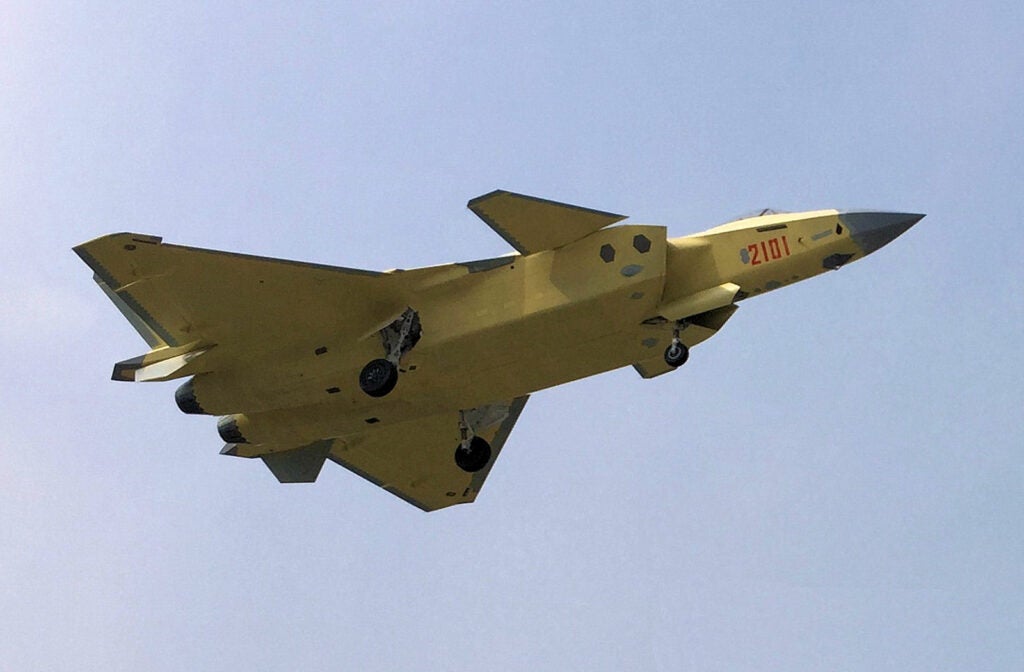 Proudly Made in China

Apart from its Russian engines, the J-20 is completely made and designed in China. And even then, future J-20s will be flying with a more powerful domestic engine, the WS-15, by 2021.

The J-20 fighter is the showcase of modern Chinese military technology. While it currently relies on Russian AL-31 series turbofan engines (the powerful domestic WS-15 engine will enter service in 2019-2021), everything else on the J-20 is Chinese; its stealth coating, infrared sensor, powerful AESA radar, are all domestically made. 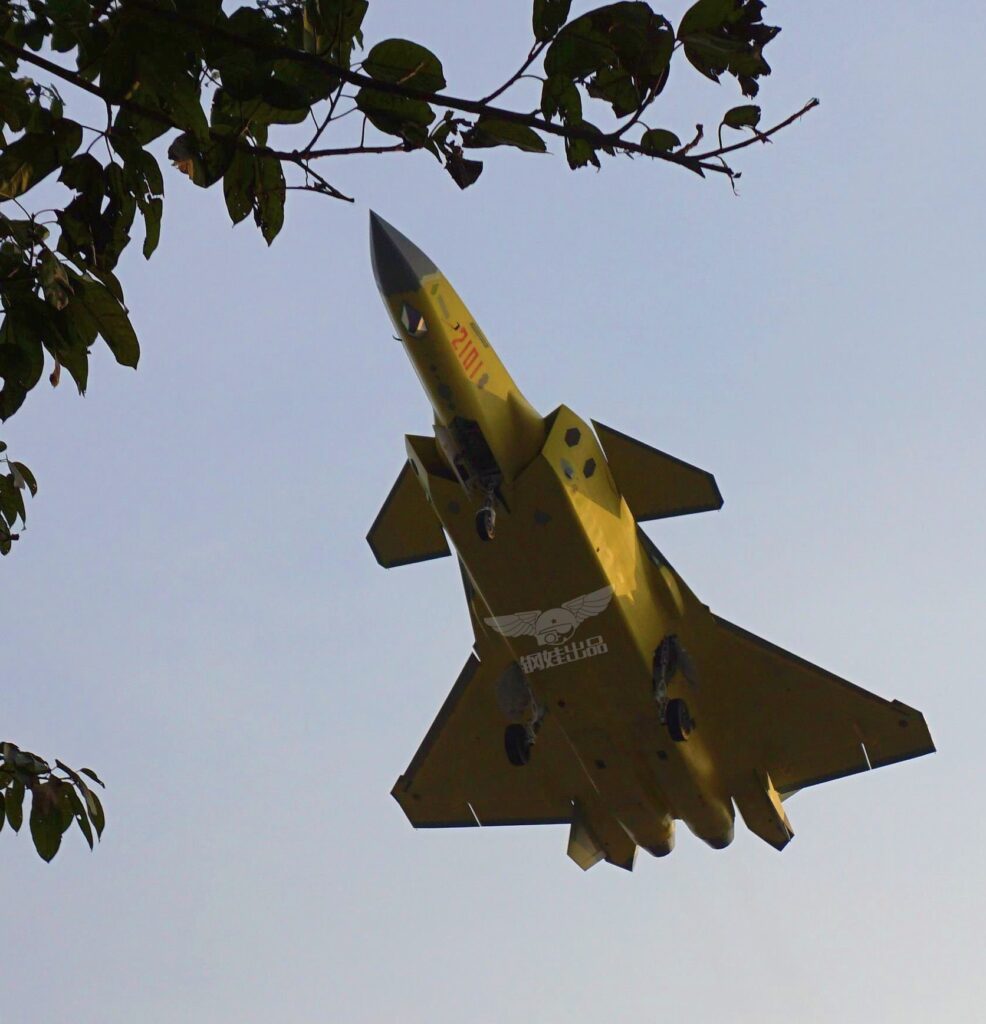 2101, like all J-20 fighters, has a main dorsal weapons bay to carry up to six medium/long range air to air missiles, and two side mounted weapons bays for shorter ranged missiles. Along with a powerful AESA radar and stealth hunting infrared sensor, it’ll be a dangerous opponent to stealth and non-stealth fighters once Chinese pilots learn how to take full advantage of their new powerful weapon.

The incoming J-20 service entry will happen around the same period that the US F-35 becomes combat ready. Perhaps more important to regional arms races and prestige, it give China roughly a ten year lead on building and using domestically developed stealth fighters vs. other Asian rivals (domestic Indian, Japanese and Korean stealth fighters are not expected to enter service until after 2027). In addition to J-20 and the soon to follow in production J-31 stealth fighter, Chinese plans also call for stealthy drones, bombers and advanced cruise missiles.

6th J-20 Fighter Rolls Out, with More to Follow