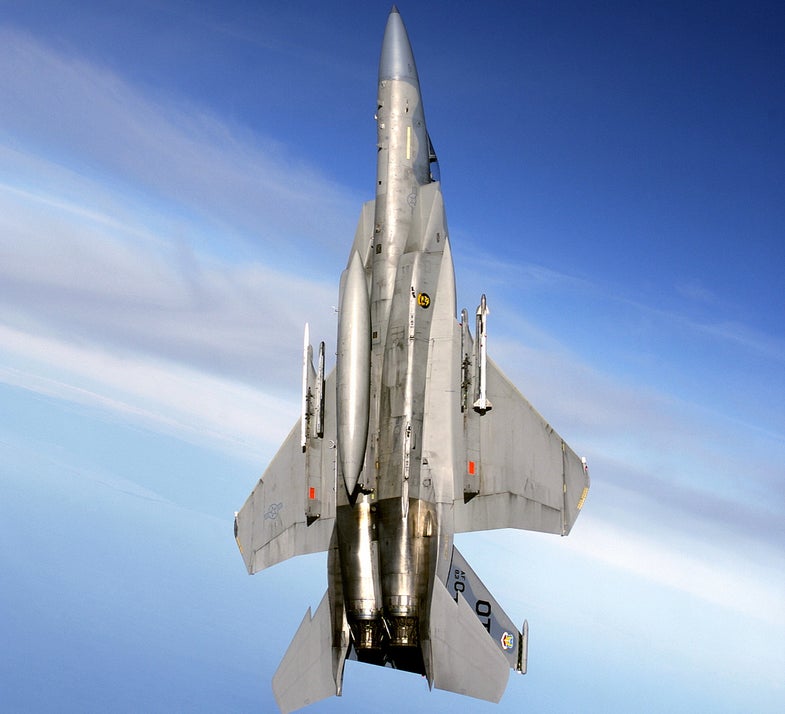 America’s F-15 Strike Eagle is an unparalleled success as an air superiority fighter. Since its introduction in the 1970s, not one has been lost to an enemy aircraft in combat. Now, without real foes to speak of, it makes sense that the DARPA, the Pentagon’s future-looking research wing, would want to find a new use for F-15s in the time they’re not fighting. The scheme: launching small satellites from the belly of fighter jets already high in the atmosphere. And after a second explosion, that plan is no more.

The holy grail of small satellite launch is a cost of $1 million or less per launch, and DARPA’s been chasing it for years. The F-15 offered the potential to launch small satellites from anywhere the powerful fighter could reach, which was most places. But before the testing of fighter-borne launches could proceed, a specific rocket fuel had to work. And at two tests this year, that fuel failed spectacularly.

Without a stable propellant, DARPA has abandoned plans to use the F-15 as a satellite mothership. Instead, they will pursue small satellite launch through other means … such as an experimental spaceplane.