A Boeing air taxi prototype crashed last month. That might be a good thing.

The flying machine had no one on board. 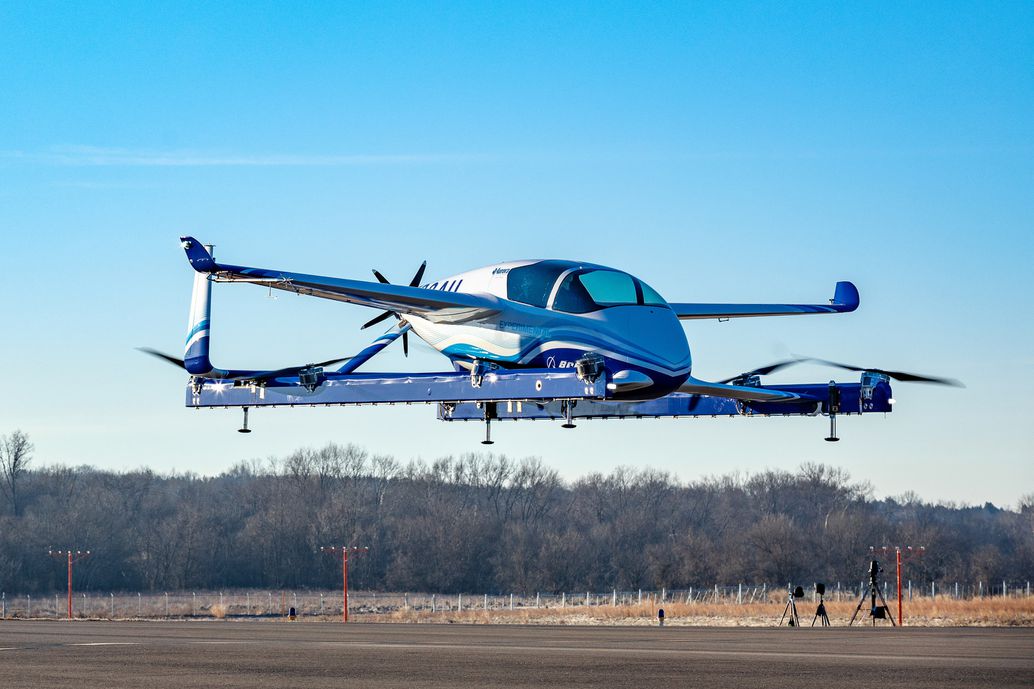 In the future, there is a chance that you’ll be able to catch a ride on a small flying machine around a city. Uber, for one, has a vision in which ride-hailing options expand to the skies, through its Elevate project. The craft in scenarios like this one aren’t airplanes, nor are they helicopters; they’re a new category of machine that is typically electric-powered, small, and relies on multiple motors and propellers to give it lift and thrust. Discourse regarding these new vehicles frequently touches on what they’ll be like to ride in—and how safe they’ll be.

One of these flying taxi prototypes took off for the first time in January. The machine, called the PAV—passenger air vehicle—is a project of Boeing and its subsidiary, Aurora Flight Sciences. On June 4, during an uncrewed test, the vehicle crashed, and an investigation by the NTSB is ongoing.

The news was first reported by aviation-focused outlets such as Aviation Week following an Uber Elevate conference in June. During a test flight, one of the propellers, which give the craft the ability to take off and land vertically, failed. Once that occurred, the experimental vehicle “came straight down,” Steve Nordlund, a Boeing vice president, told Aviation Week.

The air taxi relies on a total of eight propellers, powered by electric motors, to give it lift; another propeller in the back, known as a pusher and designed to give it forward speed, wasn’t in use. The craft was around 20 feet off the ground at the time of the incident, according to Aviation Week, and the damage was reportedly not as bad as Boeing or Aurora thought it would be. (Without public photographs of the incident, it is hard to know what the physical impact of the crash on the machine was.)

Reached by email, a spokesperson for Aurora commented that because the accident involved an active investigation, they couldn’t currently provide any further information.

Any incident involving an air vehicle designed to carry people—Aurora is working on versions of this vehicle that can transport either two or four passengers, and craft like these are designed for urban areas—is concerning, and the minor incident comes at a bad time for Boeing, as it works on a software update for its grounded fleet of 737 MAX aircraft following two catastrophic airliner accidents that killed 346 people.

But it’s worth remembering that this sector of the industry represents a new frontier in aviation, and that the Boeing-Aurora air taxi is still a prototype. “I’m not surprised, because accidents happen during flight tests,” says William Crossley, the head of Purdue University’s School of Aeronautics and Astronautics. And the goal of the post-accident process is to figure out what went wrong, learn from it, and make corrections.

Craft like these are generally known as VTOLs—that stands for “vertical take-off and landing.” (Sometimes it’s written as eVTOL, for “electric.”) Because these vehicles typically have multiple electric motors, they have built-in redundancy. If one fails, the others should keep the vehicle aloft, but that wasn’t the case in this incident. However, the redundancy aspect may have not been engaged or ready for this Aurora test—according to Aviation Week, Nordlund commented that “right now we are not focused on that.” One motor conking out on a multi-engine aircraft that’s fully operational should not cause it to crash.

Aircraft accidents spur experts to learn lessons about what happened, and the ideal time for an incident to happen is during early testing, with no one on board.

Uber is partnering with companies such as Aurora, Bell, and Jaunt on its Uber Elevate system, but did not reply to requests from Popular Science for a statement on the crash.

On a broader note, the industry is still trying to determine the best design, or designs, for electric aircraft that will make short hops around cities—they’re radically different from a tube-and-wing jet you’d take on a long journey, and they’re distinct from a traditional helicopter with a big top rotor and a vertical one on its tail, too. One craft from a company called Lilium uses rotating ducted fans attached to its wings to let it take off, land, and cruise; another concept from Jaunt looks like a helicopter with wings.