The most impressive aerospace innovations of 2019 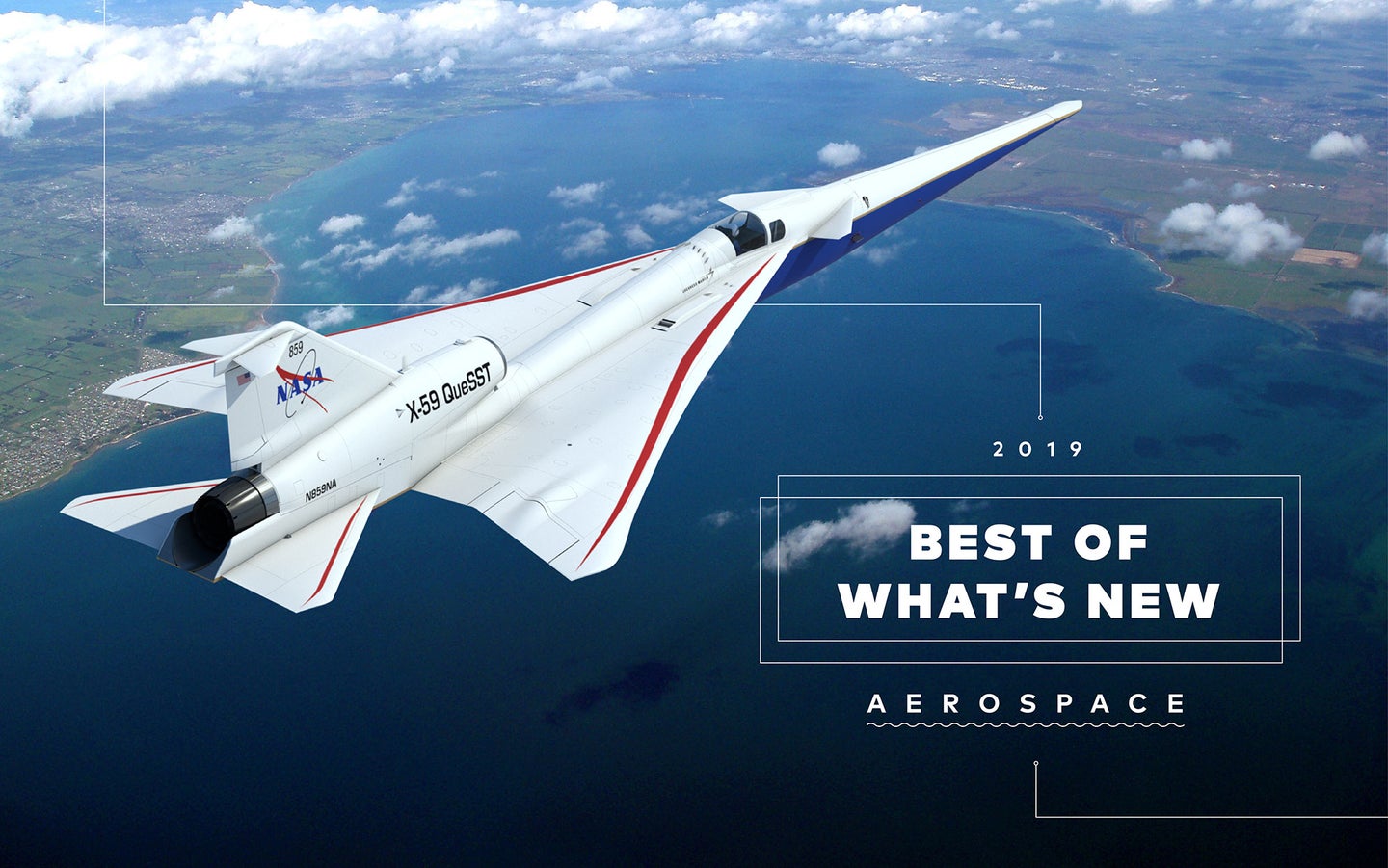 The most awesome aerospace innovations of this past year aren’t just cool contraptions designed to cruise through air and space at breakneck speeds. They’re hints at what might be mainstream in the future. From an experimental craft that could help usher in a new period of quiet supersonic flight to a drone destined to fly on Mars, these machines are made to push the edges of our engineering envelopes. These mind-bending vehicles are bringing wings, rotors, engines, and humanity to new heights. 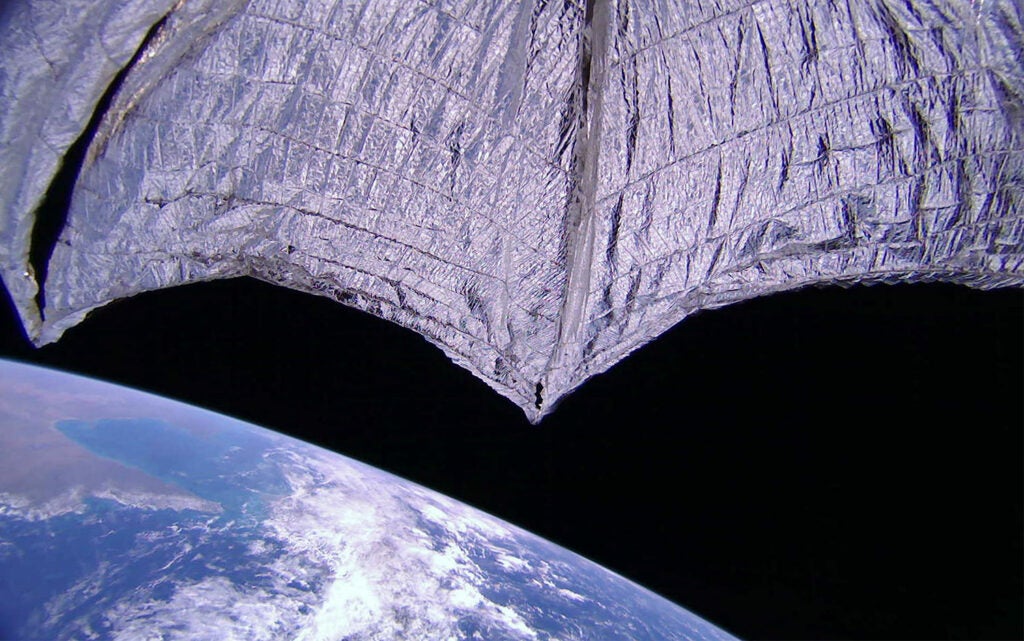 A spacecraft that glides on sunlight.

The LightSail 2—a 31-inch-tall satellite attached to a 18-foot-wide sail—reveals what spaceflight could look like by mid-century. Orbiting Earth since June at some 16,765 mph, the craft is fueled only by photons from the sun’s rays. The particles produce momentum as they bounce off the ultra-reflective, ultrathin Mylar (a better version of the stuff in space blankets). A virtual mission control will let people track LightSail’s trajectory until next year, when the craft will de-orbit and burn up in the atmosphere. The Planetary Society, which developed this tech in the early 2000s, hopes to see others improve on the concept so that one day it might be a low-cost, low-polluting propeller to destinations as close as the moon or as far as Alpha Centauri. 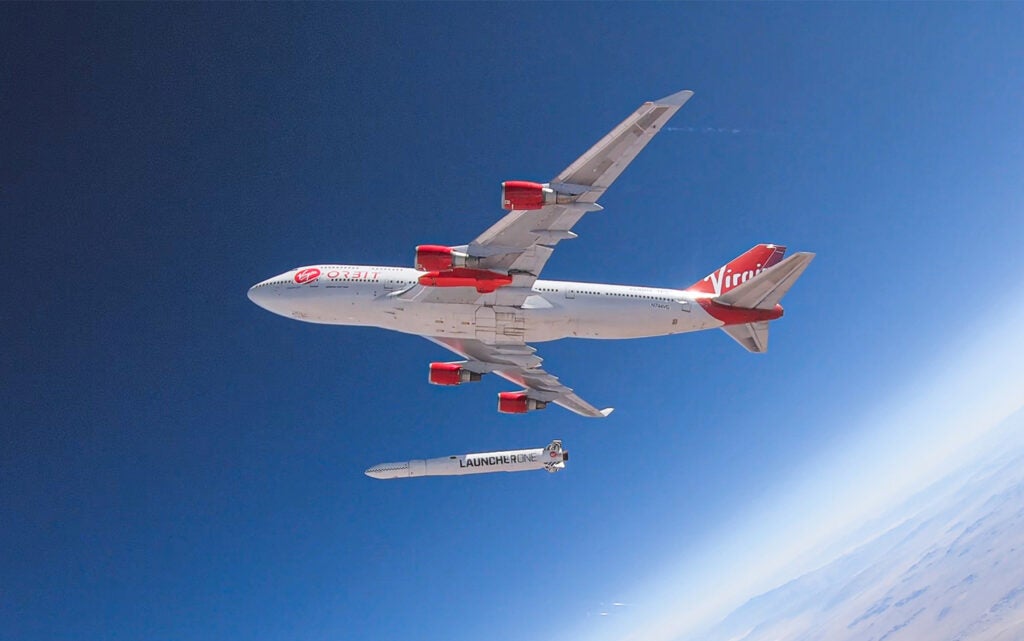 Satellites piggybacking on a jumbo jet.

Here’s a radical idea: Let’s swap in planes instead of traditional rockets to propel small satellites into orbit. To try this old-meets-new method, Virgin Orbit attached its flagship LauncherOne rocket to the left wing of a retrofitted Boeing 747. At 35,000 feet, the nearly 70-foot-long rocket detaches from the plane, fires its engines, and carries its payload to space—while the jet returns to the tarmac to fly another day. The $12 million cost is dramatically cheaper than fuel-intensive vertical flights (a SpaceX Falcon 9 launch, for example, runs around $57 million). LauncherOne should have its first formal test flight either this year or early next, and is already contracted for several commercial missions—including one to Mars. 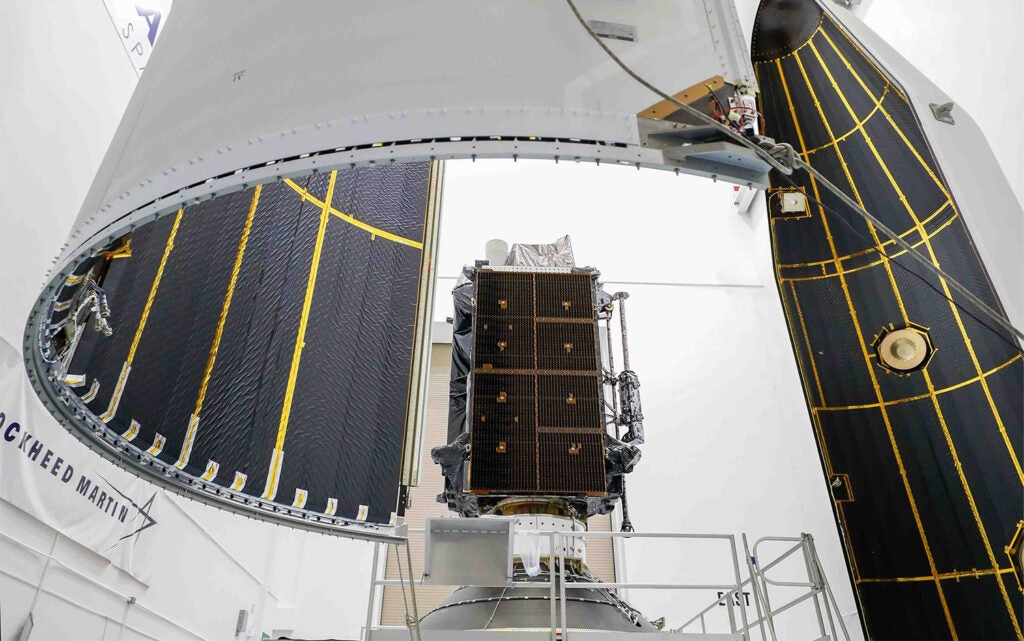 Your navigation apps run off a hodgepodge of satellites, the oldest of which dates to 1993. That will change when GPS Block III, developed by Lockheed Martin, takes over the skies. Compared to its predecessor, this modern fleet of at least 12 orbiters will be three times more accurate for civilian users, and, for the military, provide more powerful signals and eight times better anti-jamming capabilities. The crafts will also last 15 years—25 percent longer than the ones circling Earth right now. The first one launched from Cape Canaveral, Florida, in December 2018, and the second this past August. The third goes up early next year. 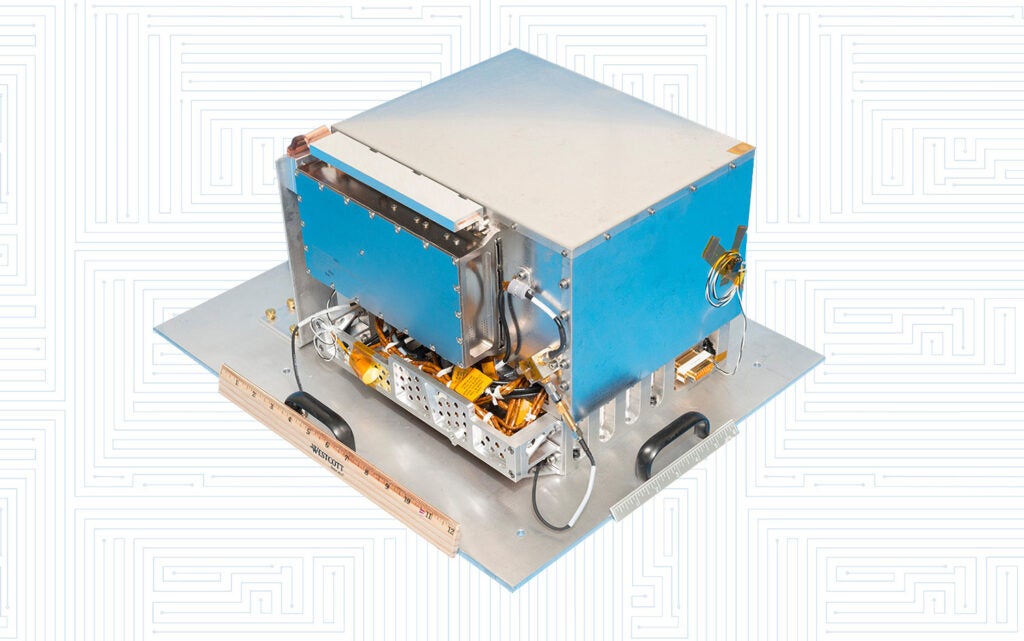 The most accurate timepiece in the galaxy.

After 20 years of fine-tuning, the Deep Space Atomic Clock started ticking in August, kicking off its year-long orbit of the planet. Like atomic clocks before it, the timekeeper works by measuring stable and precise frequencies of light, in this case emitted from mercury molecules. The compact, 37-pound device is 50 times more stable than current atomic clocks, losing only one second every 10 million years. That sort of accuracy is helpful for studying the cosmos (it can calculate the distance between solar bodies by measuring the time it takes for a signal to travel between them) and crucial with space travel (one tiny blip could make a probe, or a colony of people, miss a destination by thousands of miles). 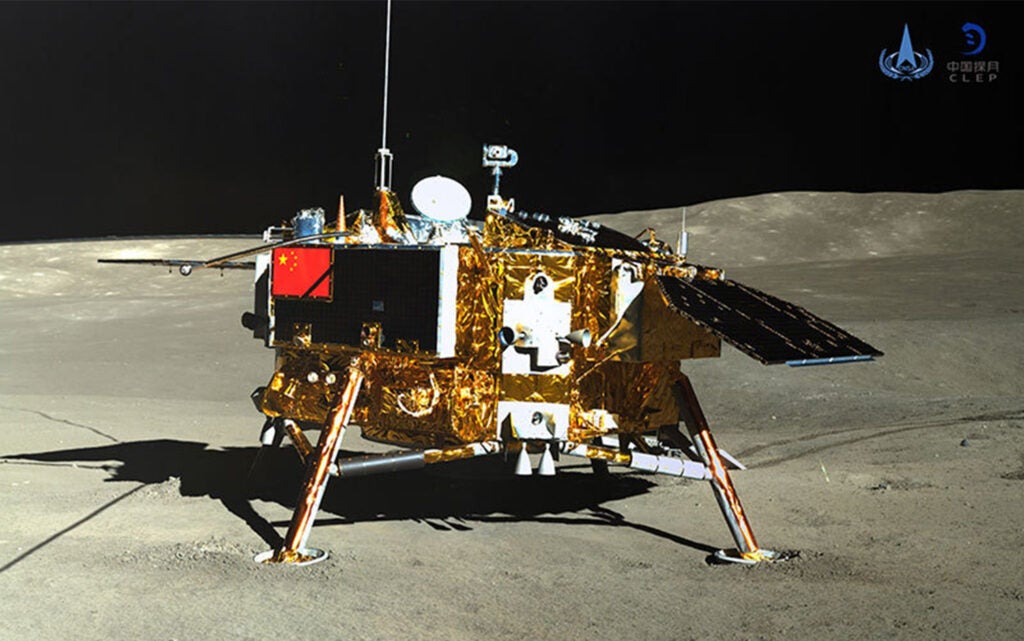 Touchdown on the far side of the moon.

For the China National Space Administration, 2019 started with more of a whimper than a bang. Its Chang’e 4 lunar rover pulled off the first soft landing of any spacecraft on the far side of the moon in January (NASA had two impact crashes in 1962 and 2013). And the craft hasn’t stopped since: Just a couple of days after touchdown, Chang’e’s Yutu-2 rover trekked about 390 feet to analyze geological materials that could give us a better sense of how the moon evolved. More recently, it deployed its strangest payload: a Lunar Micro Ecosystem that sprouted cotton seeds in a small biosphere. The experiment lasted nine whole Earth days. 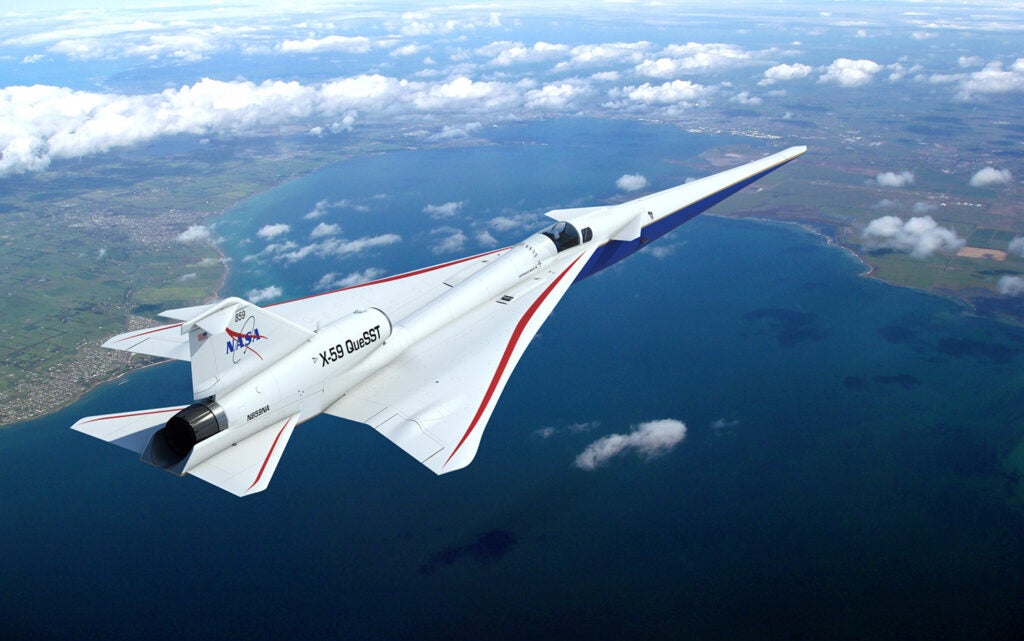 It’s been nearly a half-century since the FAA banned supersonic civilian flights over land because of the telltale booms they produce. NASA and Lockheed Martin hope to reverse that with their X-59 QueSST aircraft, currently under construction in California. The 97-foot-long experimental plane will fly faster than sound, but its designers have engineered it to do so as quietly as possible. Typical supersonic aircraft create a sonic boom when shock waves from the nose and tail merge; because of the X-59’s distinctive shape, those two ripples never do that, so the resulting sound is more like far-away thunder or a dull thump. If the initial flight, scheduled for 2021, goes well, the jet could help pave the way for airplanes that cut flight times in half. 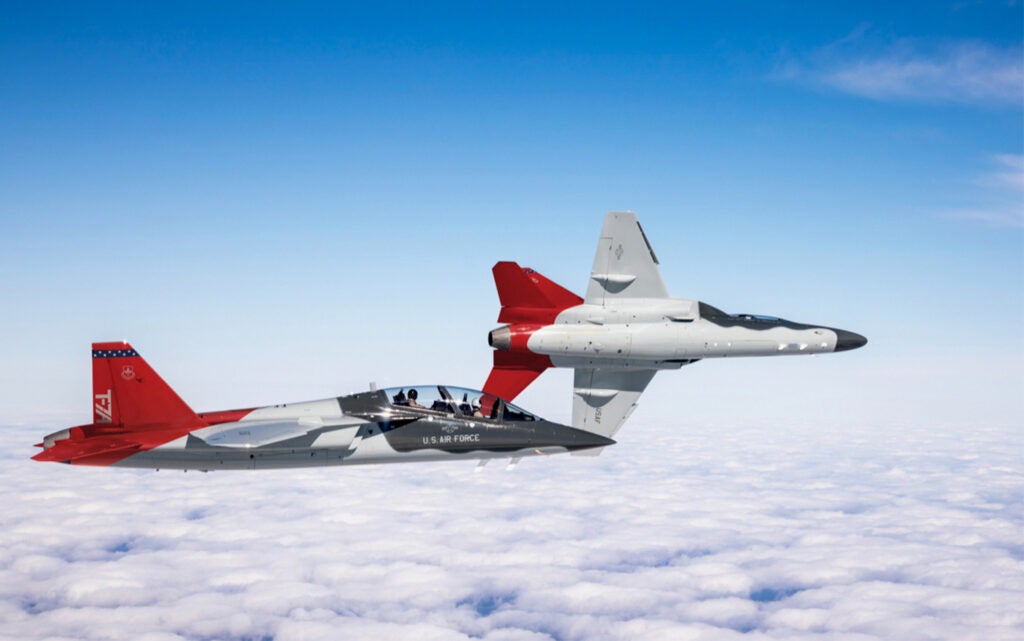 Fighter-pilot training for the iPad generation.

Air Force pilots must master their gravity-busting skills before hopping into pricey front-line fighters like the F-35. Those crucial lessons take place in advanced trainer jets—tandem two-seaters where an instructor and student fly together. Boeing and Saab designed and built their latest version with some much-needed upgrades: Pilots in both the forward and aft cockpits, where the tutor typically sits, get touchscreens to access navigation and communications systems or information about the craft’s health—just as they would on many modern jets. The rear station rests higher than the one in front so the teacher can see over the student; and the plane can accommodate pilots of a wide range of sizes, making it a tool that any trainee can embrace. 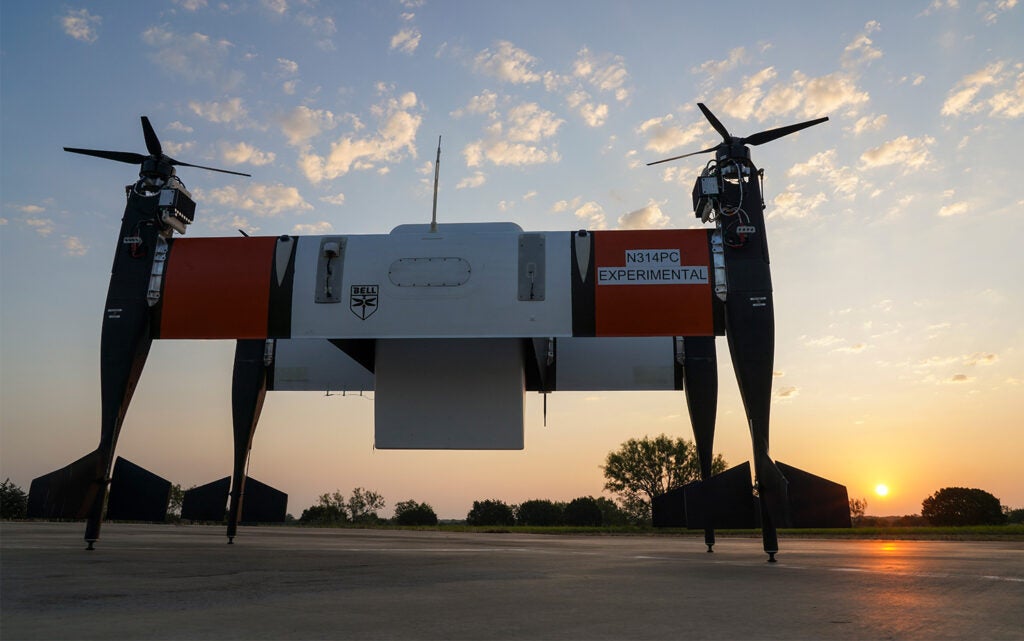 The quadcopter with real zip.

Bell’s 6-foot-tall, 120-mph beast operates in a different manner than your standard drone. As usual, the APT 70 uses four propellers to rise into the air, but when it’s ready for horizontal flight, the entire craft pivots 90 degrees so that its two long sides become wings that hold roughly parallel to the ground, creating lift. The extra aerodynamic boost gives it a range of about 35 miles, well beyond the reach of smaller delivery craft, such as one from Amazon aiming for 15-mile trips. And with a cargo capacity of up to 70 pounds, the APT 70 has the heft to transport large goods like industrial components or medical supplies, as opposed to making small package drops in your yard. 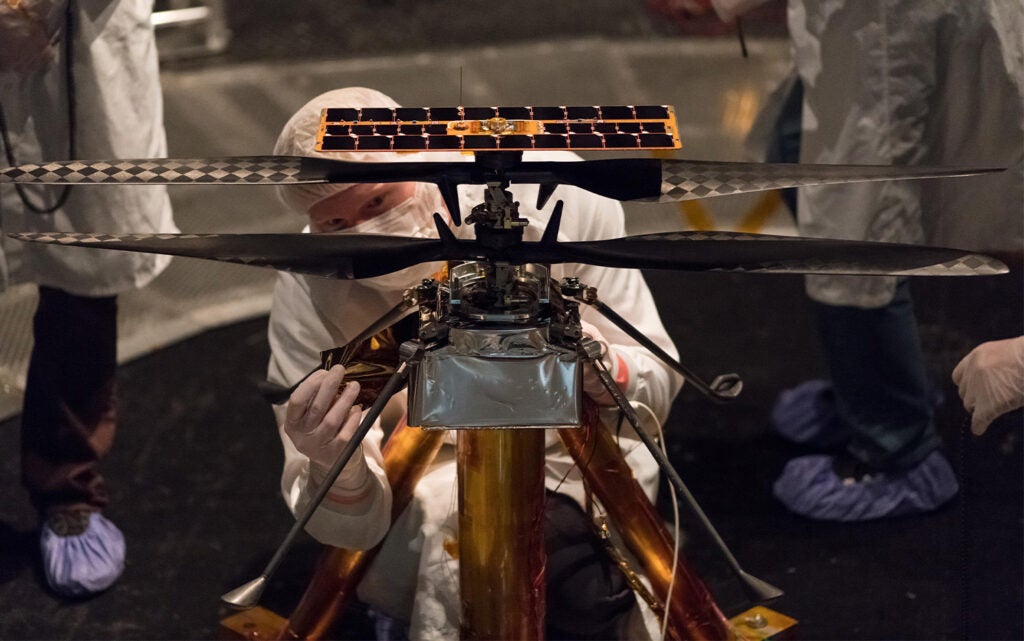 Flight adapted for a distant atmosphere.

No one has ever flown a plane on another planet. But with the mini Mars Helicopter, NASA is looking to blaze a new (con)trail in very foreign airspace. Engineers at the Jet Propulsion Lab designed the 4-pound chopper’s counter-rotating double blades to hover in an atmosphere that’s as thin as Earth’s stratosphere. Once it’s deployed in two years, NASA will use it to glean lessons on how to create more-autonomous flying machines for the Red Planet. Its cellphone-grade color camera might even send back pictures more vibrant than the grayscale ones from the Curiosity rover. 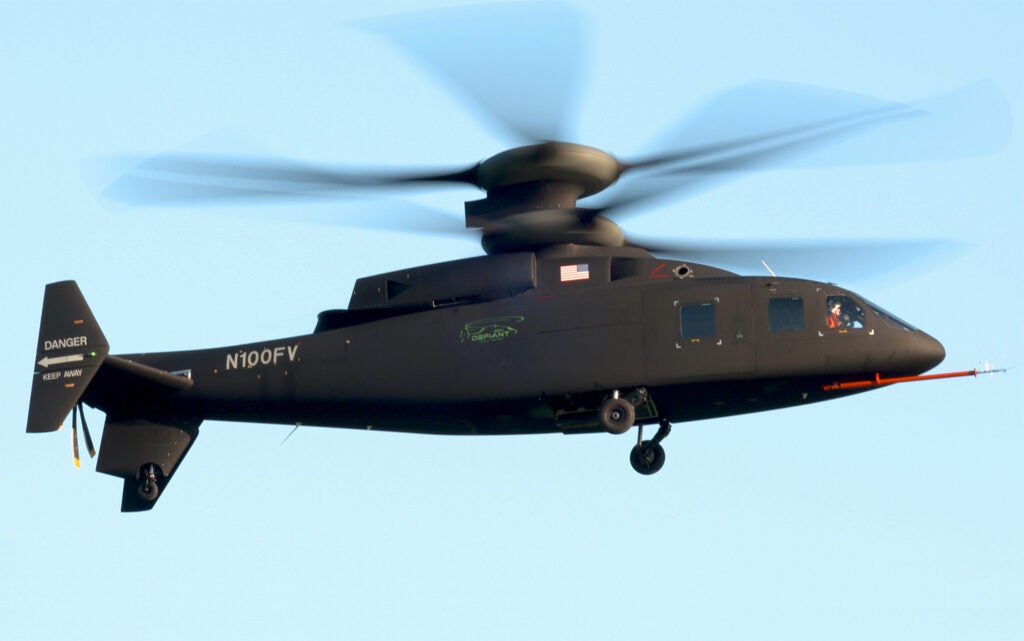 SB>1 Defiant by Sikorsky and Boeing

Instead of relying on a regular tail rotor to keep it from spinning in circles, Sikorsky and Boeing’s SB>1 Defiant helicopter holds steady with a pair of 56-foot rigid carbon-fiber rotors that spin in opposite directions from each other. The chopper, which grew out of a long-running Sikorsky program known as “X2,” also boasts what’s called a pusher prop in the back—an addition that should let the bird hit 288 mph or more. That’s incredibly fast for choppers, which typically cruise around 150 mph. Someday craft like this could replace slower, old-school Black Hawks as they carry up to a dozen soldiers into combat.