The problem: Although scientists have been studying deep-sea animals since the 1860s, they still don’t know much about them. That’s... 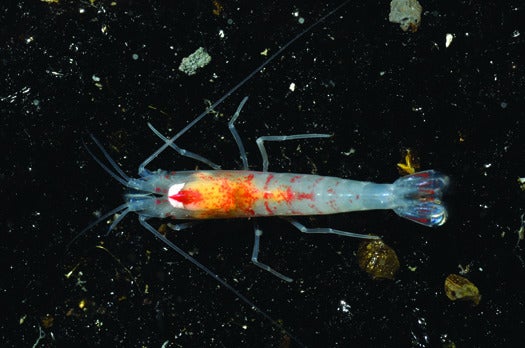 The problem: Although scientists have been studying deep-sea animals since the 1860s, they still don’t know much about them. That’s in large part because the fish, octopuses and other creatures that thrive at the bottom of the ocean die quickly at the surface. In some cases, the lower pressure and higher temperature melt the lipids in their cell membranes. Even hardier animals, such as crabs, can survive at sea level for no more than a few weeks. 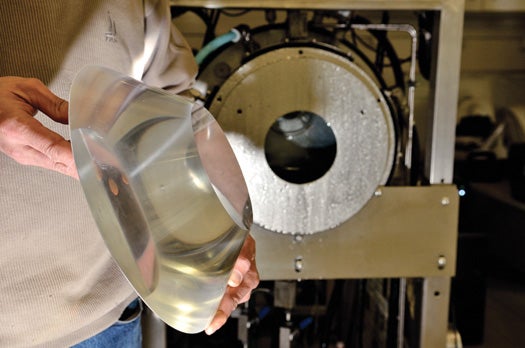 Researchers specially built an aquarium to house deep-sea creatures. The six-inch-thick plastic viewing window [above] can withstand pressure of 200 times that found at sea level.

The solution: The AbyssBox can keep deep-sea fauna alive above sea level for months, and possibly much longer. Biologists from the Pierre and Marie Curie University in Paris and the French Research Institute for Exploitation of the Sea spent three years developing the 1,300-pound, four-gallon tank, which mimics the conditions found near deep-sea hydrothermal vents. (The actual vents on the ocean floor shoot hot water that attracts marine life.)

The team set the tank’s water to about 60°F and added a hot jet. A water pump raises the pressure to 3,000 pounds per square inch. Three-inch-thick steel walls withstand the pressure. The researchers feed the tank’s residents using an exchange tube with a pressure lock and watch them through a strong plastic porthole. Deep-sea-vent crabs and shrimp originally from the Lucky Strike hydrothermal field on the Mid-Atlantic Ridge are now living in two separate AbyssBoxes on display at the Océanopolis aquarium in Brest, France. They have survived since August.