James Cameron doesn’t think his deep-sea diving record was broken. So we investigated.

The argument boils down to how ocean depth is measured and whether the bottom of the Mariana Trench is “deadass flat.” 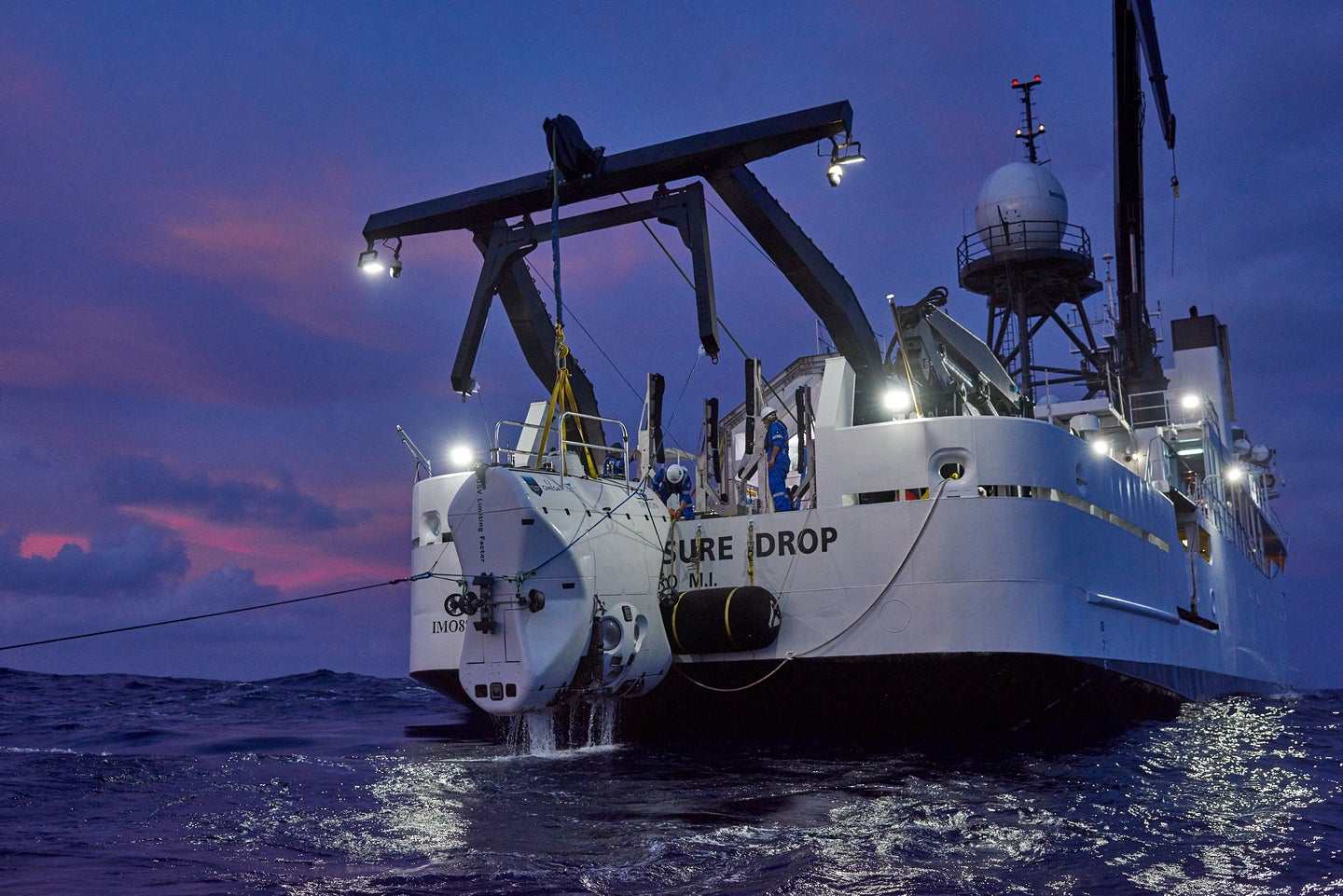 Since December 2018, Popular Science has followed extreme adventurer Victor Vescovo around the globe as he worked to be the first human to touch the deepest point in all five oceans. In chronicling his quest, dubbed The Five Deeps, we uncover the technologies, discoveries, and controversies that come with diving to into this largely unexplored world beneath the surface. This way for all of our coverage.

Vescovo’s goal was to visit the deepest point of each ocean, and he succeeded in nine short months. On his last dive he delved 5,550 meters into the Molloy Trench in the Arctic—but it was his second-to-last that’s now provoking controversy.

In May, Vescovo traveled 10,928 meters to the bottom of the Mariana Trench, a new low for any human or submersible. Fellow deep-sea explorer James Cameron, though, insists that the headlines are wrong. In an interview with PopSci, the film director, who did a solo dive in the same swath of the Mariana Trench in 2012, says it’s impossible that Vescovo ventured deeper than him.

“I’d like to set the record straight: The bottom of the Eastern Pool where Victor and I both dove is deadass flat,” Cameron explains. “That’s not just my finding; that’s the finding of the Woods Hole scientists who surveyed that part of the hadal zone.”

Cameron’s Challenger Deep dive measured 10,908 meters (revised from the initial report of 10,898) and was also hailed as a record at the time. Prior to his descent, in 2009, a research team from the Woods Hole Oceanographic Institution ran a robotic vehicle along a 50-mile stretch of the trench. Their findings showed only a two- to three-meter decline in the seafloor. Vescovo, meanwhile, logged a 20-meter drop.

Vescovo, who responded quickly to Cameron’s rebuttal, tells PopSci that seismic and tectonic activity could have changed the trench over time. He also notes that he dove repeatedly in the Eastern Pool and drew up to five depth measurements with each descent. The resulting data, he says, demonstrates that there could be at least one small depression in the area.

Of course, there are a number of other explanations for the competing stats—the biggest being how the two teams measured depth. For Cameron’s dive, scientists depended on a formula that uses conductivity, temperature, and density readings from the surrounding water column to determine pressure, then meters traveled. Vescovo’s collaborators did the same, but backed it up with the latest-available sonar system, the Kongsberg EM 124. The transmitter shoots out 1,600 sound beams to map the seabed and calculates distance from how long it takes the noise to travel. Before Five Deeps, the EM 124 had only been deployed for mineral and oil exploration.

But sonar has its downsides: It can overestimate depth by penetrating loose sediment on the seafloor and be skewed by the slightest bit of temperature change, says Mark Zumberge, a geophysicist at the Scripps Institution of Oceanography, who wasn’t involved in either mission. Cameron saw this when he cross-checked Woods Hole sonar maps during his Mariana Trench dive.

Vescovo, for his part, says his system was corrected in multiple environments to minimize those kinds of deviations. “My science team is adamant that we’re not working with false actors. The sonar we used is much further ahead than the EM 120 [used by Woods Hole]—it’s like an iPhone versus a flip phone.”

Cameron agrees that the Five Deeps measurements might be more reliable. “They dove in the Eastern Pool three times, so they stand a better chance at getting an accurate depth,” he says. But he does note that there could be errors in both teams’ readings. “If I was off by 10 meters and he’s off by 10 meters, who knows. It all loops back to the great unknowability to the ocean.”

Either way, the larger scientific community doesn’t seem to care which “gentleman explorer” (as Cameron refers to himself and Vescovo) is correct. “Using pressure to measure depth only gets you an inferred number,” says Andy Bowen, a principal engineer at Woods Hole and adviser on the 2012 Challenger Deep expedition. “Really, the only direct way to get the depth of the Mariana Trench to the exact meter is with a seven-mile-long measuring tape.” Still, he does see Cameron’s point about the Eastern Pool figure. “It’s difficult to understand how another visit to the same place would produce a significantly different number,” he says. “It’s hard to change physics.”

From Zumberge’s perspective, the best way to settle the debate is to look at both teams’ raw readings and see how they translated depth. “If two groups have traveled to the bottom of the ocean, it comes down to how they calibrated and converted their pressure measurements,” he says. His response, when asked if he’d be interested in assessing the data (which Vescovo says Five Deeps would be happy to release), was tepid, however. “There’s not a great scientific interest in how the ocean floor varies in a few meters,” he explains.

All of which leads to the question of whether “deeper” is even important. “It’s unfortunate that there’s this focus on a .001 percent difference,” Vescovo says, adding that there’s no “supreme court” to pick a clear winner. “Our accomplishment doesn’t take away from the fact that James was the first person to reach the bottom of the Eastern Pool. His tech broke through barriers that helped us improve ours.” Cameron gives similar props to the Five Deeps crew for “the safe execution of their incredibly ambitious mission”—but he also stands by his original findings. “At the risk of sounding like sour grapes, it’s important for the public to know that the one deepest point in our world’s oceans is a flat, featureless plain.”

To confirm if that point is 10,928 meters, scientists and explorers would have to pour more resources into an already well-probed part of the Mariana Trench. “It’d take corroboration by other vehicles and instruments, plus data taken over a series of years,” Cameron says. In the meantime, he hopes the headlines will shift to other exciting marine research, like the galaxy-wide search for hydrothermal life. It’s easier to measure the distance to Jupiter’s moons than the distance to the bottom of the ocean, after all.