8 Ways Jellyfish Are Awesome And Terrifying 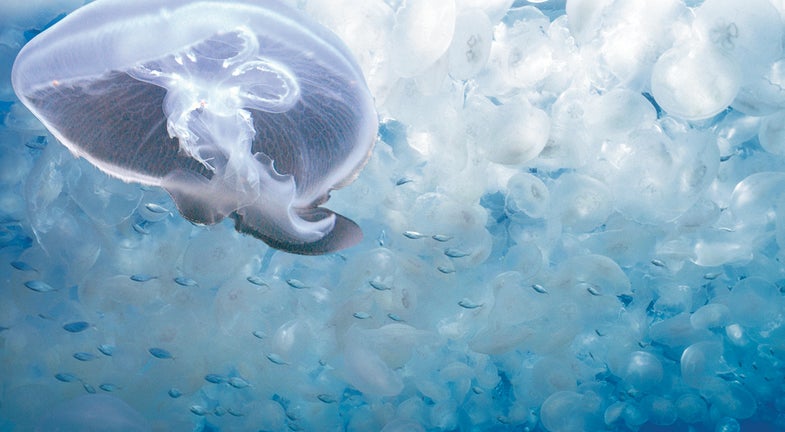 Moon jellies, which don't sting humans, are believed to be native to Europe, but have spread throughout the globe. Mark Conlin/seapics.com & T. Brakemeir/Corbis
SHARE

The jellyfish is a fascinating creature. Floating lazily along in the ocean current resembling plastic bags, the gelatinous zooplankton seem to do little more than add a colorful glow to our aquariums and occasionally give swimmers a reason to urinate on each other. But jellies are also efficient hunters, and increasingly, huge nuisances. In some regions, these blobby predators rule the seas—to the extent that they’re killing off other marine life and swarming power plants.

In honor of these majestic, sometimes terrible creatures, here are eight reasons to be awed by jellies: 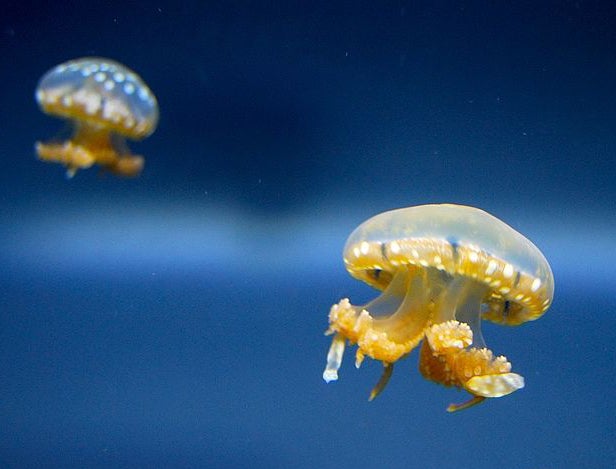 They’ve Been Around Forever

The oldest jellyfish fossil ever found, discovered in Utah in 2007, traces the squishy invertebrate’s roots back more than 500 million years. Large groups of jellyfish—or jellies, as they’re not actually fish—are called swarms or blooms, though collectively jellies can also be referred to as a “fluther” or a “smack.” 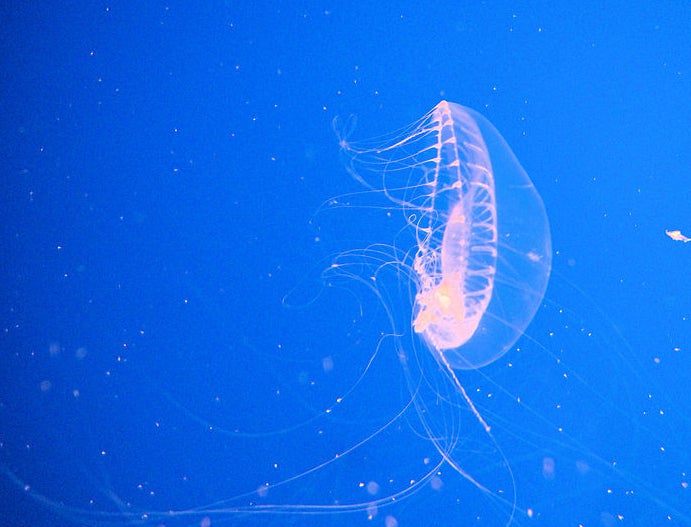 Their Bioluminescence Lets Us See Into Ourselves

The 2008 Nobel Prize in Chemistry went to three scientists who discovered the source of the crystal jelly’s bioluminescent glow, the aptly named green fluorescent protein (GFP), and harnessed its power to illuminate biological processes. GFP is now used as a glowing marker to illuminate previously-invisible protein movements in the body, allowing scientists to watch cells develop, move and interact. 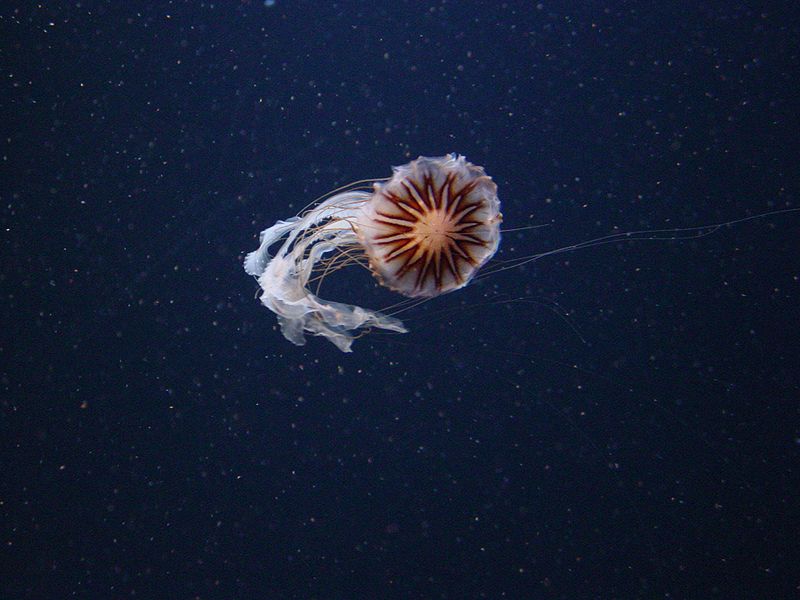 They Get Vertigo, Too!

In the early ’90s, NASA sent a bunch of baby jellies into orbit to test how growing up in space would affect their development. Though they seemed to develop normally, when they returned to Earth, they couldn’t swim very well. Growing up in microgravity messed with their ability to move and pulse back on Earth. In short, they had eternal vertigo. 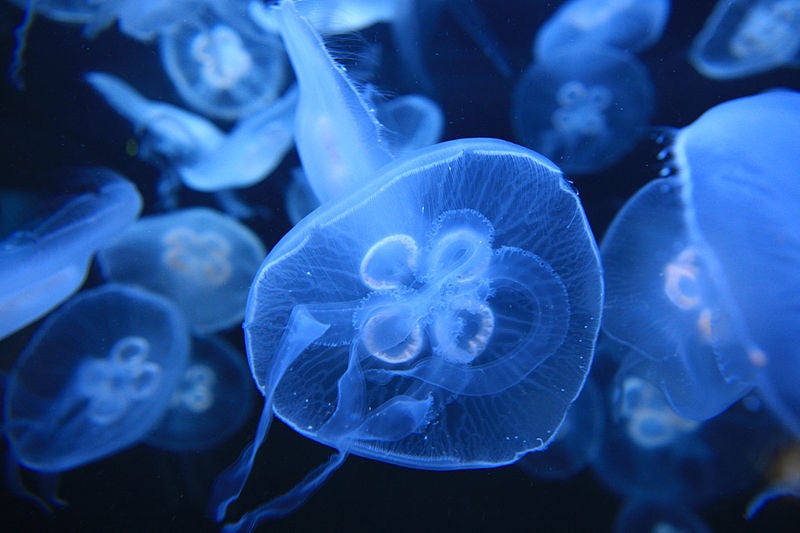 Muscle makes up less than 1 percent of a jellyfish’s body mass. They swim in bursts, contracting their body to propel themselves forward, which doesn’t seem like a super efficient way to get around, since they decelerate rapidly when they pause and expand in order to move forward again. But when the jellyfish pause, they displace the water behind them to create a vortex that propels them forward. Because of this, they use far less energy to get around than other animals. 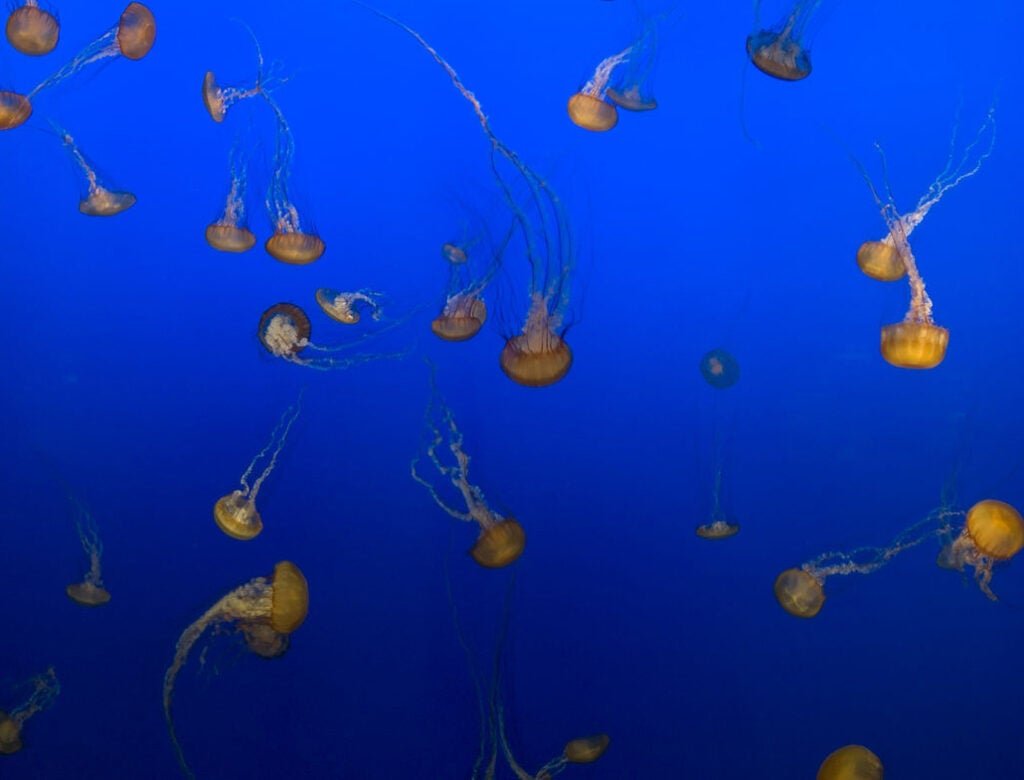 All that efficiency in travel might mean jellyfish can spend more of their energy growing and reproducing, and as a result, they can totally overpopulate the ecosystem. In Korea, exploding jellyfish populations cost the fishing industry a reported $280,000 a year, because in bulging numbers, they can outcompete fish for the available food. So researchers at the Korea Advanced Institute of Science and Technology designed robots to find jellyfish blooms and destroy the gelatinous zooplankton at a rate of up to 2,000 pounds an hour. 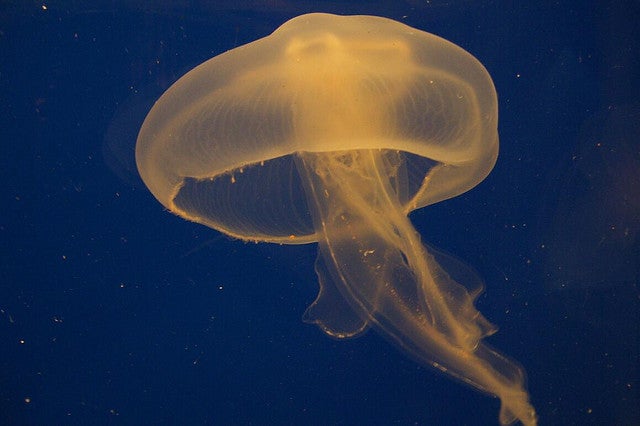 They Can Take Out A Nuclear Reactor

In October, a whole bunch of moon jellyfish swarmed into the intake pipes of the Oskarshamn nuclear power plant in southeast Sweden, forcing the plant to temporarily shut down while they were cleared out. Powerful jellies. 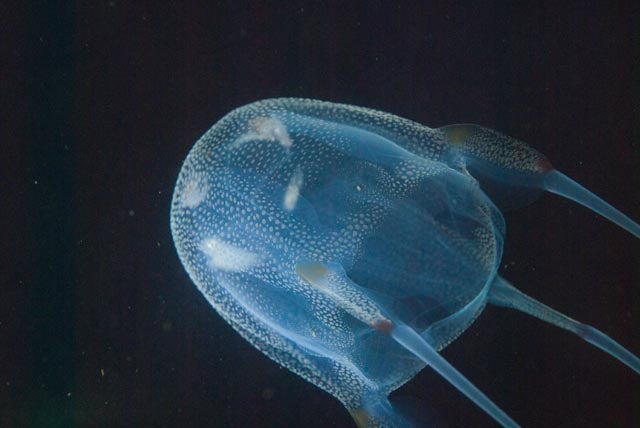 They Can Be Killer

Stings from coming into contact with a jelly’s trailing tentacles usually only result in an uncomfortable rash. But in the case of the box jellyfish, a sting can kill a person in three minutes. According to the National Science Foundation, box jellyfish kill between 20 and 40 people a year in the Philippines. 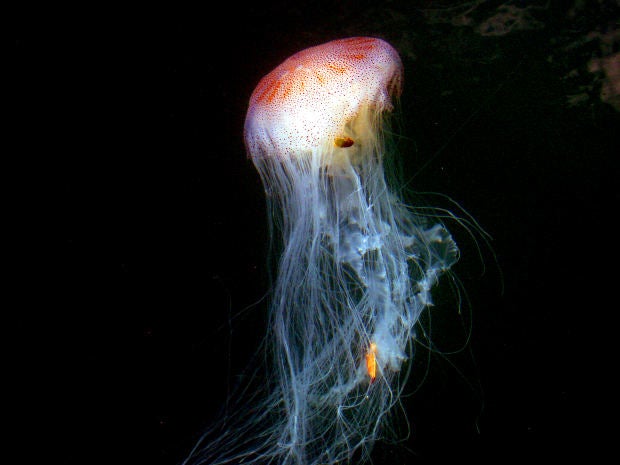 Oh, And One More Thing