Communication with dolphins is getting better all the time — they’ve been using iPads, for one thing, and humans have... 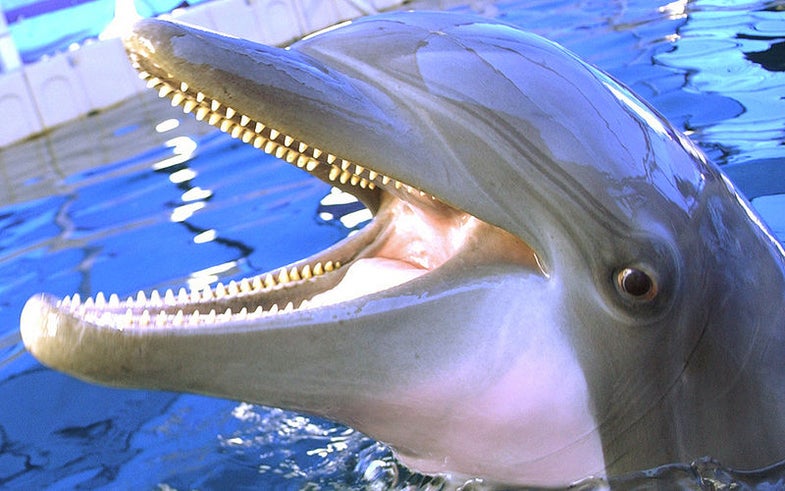 Communication with dolphins is getting better all the time — they’ve been using iPads, for one thing, and humans have been working on a type of Rosetta Stone-like two-way translation device. A new gadget could improve matters even further, by allowing humans to produce the full range of dolphin sounds. The acoustics researchers who developed it call it the Dolphin Speaker.

Plenty of work is being done with dolphin sounds, but they have mostly focused on dolphin vocalizations and their hearing anatomy. Dolphins can not only hear and produce clicks, whistles and burst pulses well outside of the range of human hearing, but they can vocalize at several different frequency ranges at once. This ocean broadband is key for communication and navigation.

To better understand how these sounds are produced, how they travel and even what they mean, researchers need to be able to play them back, watching how dolphins react. This speaker can do it, producing sounds from 6 kHz to 170 kHz. While others have worked in the low-frequency ranges, this is the first type that can cover the whole spectrum.

Researchers led by Yuka Mishima, a graduate student at Tokyo University of Marine Science and Technology, built a new transducer sandwiched between pieces of acrylic to keep it safe from water. A quadruple piezoelectric panel can broadcast high-frequency sounds, and a single silver circle broadcasts low-frequency sounds, Mishima explains in a presentation about the research. They took it to the ocean and played some dolphin sounds, comparing the sound spectrograms with natural recorded spectrograms obtained from dolphins. The charts looked mighty similar, the researchers say.

The next step is to play back a whole sequence of dolphin noises to dolphins and watch what happens. The paper is being presented at the Acoustical Society of America meeting this week. 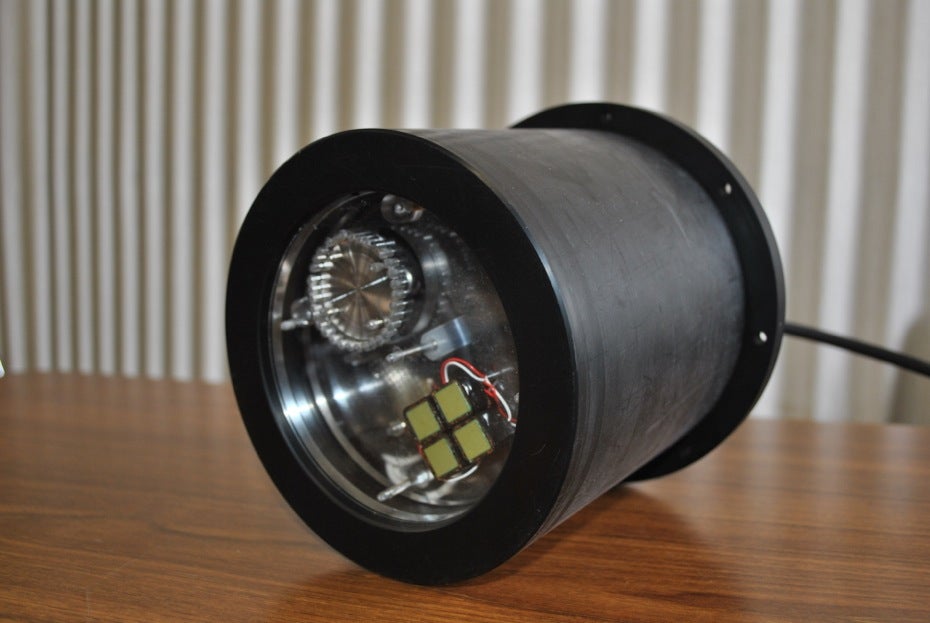 The Dolphin Speaker is the first underwater setup that can project the full range of sounds made by dolphins, potentially opening a new avenue for communication with the animals.