Hydrothermal Vents Are Way More Important Than We Thought

And are under attack 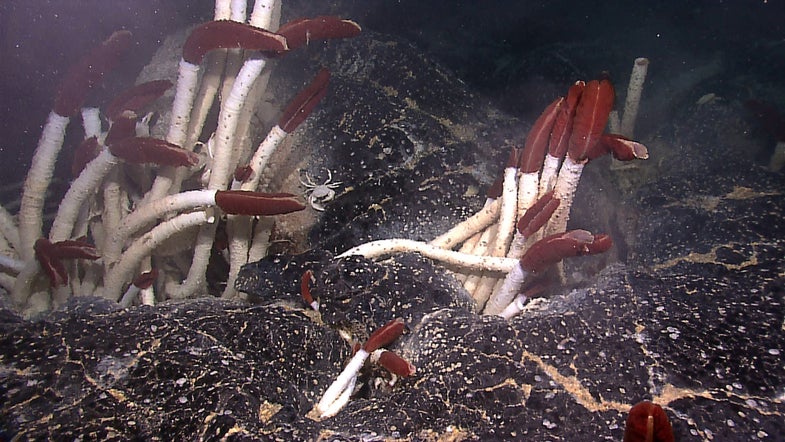 Forty years since the discovery of hydrothermal vents in the deep ocean, a new review in Frontiers in Marine Science out last week describes what research has begun to learn more about these mysterious ecosystems and the threats they see from humans.

Hydrothermal vents are widespread along the sea floor. Releasing sulfide, methane, and heat from beneath the Earth’s crust, they provide both homes to attach to and food to eat – some species, called chemotrophs, use the elements and energy within these vents as food and cycle that energy up the food chain. Iron, another element the vents release, acts as a limiting agent for plankton populations, keeping their numbers in check.

While the researchers say that though more attention is being paid to these underwater environments, much more research is needed. That way better management techniques can be planned for ecosystems that are already affected by humans. Exploration for oil, gas, and other minerals can destroy habitat, along with bottom-trawling fishing, where nets scrape against the seafloor.

The home of giant tubeworms and vent crabs are not just cool places to protect, but an asset by providing ecosystem services. Hydrothermal vents play an important role in nutrient cycling, including acting as a sink for carbon and methane, two of the most powerful greenhouse gases.

And such hotbeds of activity are also good places to study evolution and biodiversity, furthering our knowledge of science.