Hydrogen fuel cells offer plenty of promise as an alternative fuel source for everything from cars to generators — but... 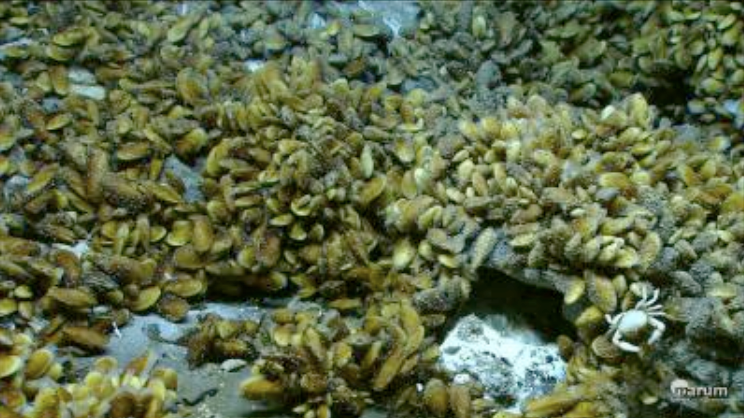 Hydrogen fuel cells offer plenty of promise as an alternative fuel source for everything from cars to generators — but they remain expensive, complicated and mostly rare. It turns out that a deep sea ecosystem already uses such portable fuel cells, in a manner of speaking.

Researchers have found deep-sea mollusks that live in symbiosis with a bacteria that uses hydrogen as a fuel source. The mussels are the first deep-sea organism shown to consume the hydrogen that belches from the superheated deep-sea vents.

A rich diversity of creatures live among hydrothermal vents, where they derive energy from the waste expelled by chemosynthetic microbes. In some cases, the microbes serve as on-board “fuel cells” for the worms, crustaceans and mollusks. The bacteria were thought to use only two sources of energy to power this chemosynthesis: Hydrogen sulfide, used by sulfur-oxidizing symbionts, and methane, used by methane-oxidizing symbionts. But German researchers discovered a third: Hydrogen-oxidizing symbionts. They found that the mussels consume the oxidized hydrogen.

This is an interesting finding for several fields, from chemical engineering to astrobiology. Like methane-eating organisms that live at the vents, hydrogen-eating compounds that require no sunlight are an interesting study subject for astrobiologists. And finding the genes and enzymes that make this hydrogen metabolism possible could open up new research questions for microbiologists, oceanographers and geneticists.

Scientists at the Max Planck Institute of Marine Microbiology and the German Cluster of Excellence MARUM took a recent expedition to the Logatchev hydrothermal vent field, at 3,000 meters depth (about 9,800 feet) on the Mid-Atlantic Ridge. The field is the home of the highest hydrogen concentrations ever recorded, according to a news release from the Max Planck Institute.

Nicole Dubilier, a researcher at the Max Planck Institute and the lead author of a new study on this vent field, said if organisms could oxidize hydrogen at this site, it would be much easier for them than using the other two energy sources — hydrogen could provide seven times more energy than methane oxidation, and up to 18 times more energy than sulfide oxidation. Dubilier and colleagues studied a deep-sea mussel called Bathymodiolus puteoserpentis, which is plentiful at Logatchev, and discovered a sulfur-oxidizing symbiont that lives in its gills, where it uses sulfur or hydrogen as an energy source. 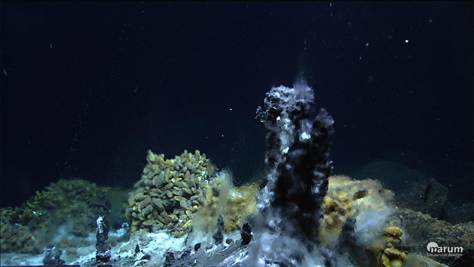 Exceptional symbiotic communities live at the black smokers 9,800 feet below the ocean’s surface.

Researchers used remotely driven deep-sea subs to retrieve some of the mussels, and brought them to the surface. Experiments showed the mollusks were consuming hydrogen. Back on land, they performed more tests and identified an enzyme called hydrogenase, which is the key enzyme required for oxidizing hydrogen, according to the Planck Institute. The gene that codes for this enzyme was also found in other deep-sea vent inhabitants, the researchers say.

“We propose that the ability to use hydrogen as an energy source is widespread in hydrothermal vent symbioses, particularly at sites where hydrogen is abundant,” the authors conclude. Their paper appears in the Aug. 11 issue of the journal Nature.