Using DNA to Track the Spread of Bedbugs 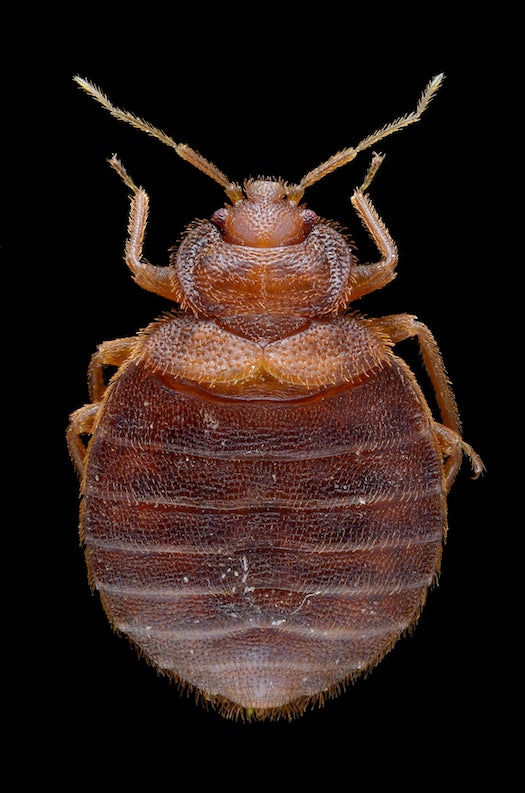 Independent research teams from the U.S. and the U.K. are developing genetic techniques similar to those used in forensics labs to trace the ancestry of the bedbug. The work may help map the spread of the pesky bloodsucker over the course of the continuing global resurgence, as well as lead to DNA tests for use in lawsuits and other bed-bug-related disputes.

Both teams are using DNA genotyping to look for genetic markers called microsatellites, which are regions in the genome where base pairs—which make up the alphabet of DNA—are repeated. Both the father and mother pass on these repeated sequences, or slight variations of them, to their offspring. This means the microsatellites can identify individual bugs, as well as “help show how individuals in a population are related,” says Warren Booth, a molecular ecologist at North Carolina State University, which is heading the U.S. collaboration.

The NC State team has sequenced bedbug DNA from 21 sites along the East Coast of the U.S., publishing their results in the Journal of Medical Entomology earlier this month. The researchers found significant genetic diversity between populations, which seems to support the theory that bedbugs are coming in from more than one source, as well as low diversity within specific populations, indicating that an infestation can start with a single female whose offspring then inbreed. With the help of pest control companies Orkin and Rentokil, as well as bedbug experts from around the world, the team is collecting additional samples from the U.S., Canada, Australia, South America, Europe, Asia and Africa to map the bugs’ relationships on a larger scale.

The U.K. team, led by researchers at Sheffield University, presented their own preliminary results last week at the First Joint Congress on Evolutionary Biology in Ottawa, Canada, but couldn’t share information on specific diversity patterns with Popular Science (the work should publish as a PhD thesis in the coming months). The team is working primarily in neighborhoods around London. Soon, they will add samples from Kenya to see whether the theory that the U.K.’s resurgence originated from Africa holds up.

NC State’s markers are publicly available, and Sheffield’s will be as soon as their work is formally published, which means anyone with the right equipment and know-how will be able to map their own bedbug populations. With the increase in beg bug lawsuits between landlords and tenants, or between hotels and itchy guests, the technology could eventually help sort out where a bedbug infestation came from and who is responsible.

Brooke Borel is a contributing editor at Popular Science _and is writing a book about bedbugs for the University of Chicago Press. Follow her on Twitter @brookeborel_