This Is Unofficially The World’s Ugliest Animal

After tallying thousands of votes, the Ugly Animal Preservation Society has a new mascot. 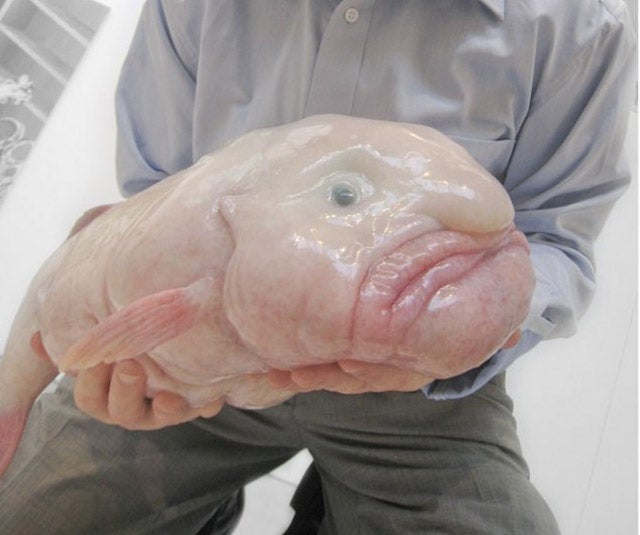 Meet the blobfish (Psychrolutes marcidus), a tadpole-shaped deep-sea fish with a legendarily ugly mug. And last night, at the British Science Festival, biologist Simon Watt announced that the blobfish has been voted the mascot of his newly formed Ugly Animal Preservation Society.

We’ve written about the Ugly Animal Preservation Society before; the idea is that it’s not only the cute or iconic animals, like the panda, that deserve attention and saving–gross-looking creatures like the blobfish, proboscis monkey, and pig-nosed purple frog are just as important to their respective ecosystems.

The blobfish won the contest by over 10,000 votes–not a surprise given that its body is mostly a misshapen clump of jello. The blobfish isn’t boneless, but its muscle mass is gelatinous, a gooey mush barely thicker than water. That enables the blobfish to float nearly without effort just above the ocean floor, eating whatever gross matter floats in front of its face. It’s poorly understood, largely because it lives thousands of feet underwater in environments that could crush a human, but it’s a worthy winner of the contest.

Read more about the Ugly Animal Preservation Society (and the blobfish) here.