Nano-Firefly Tech Could Make Lights That Need No Electricity

Fireflies light up summer lawns at dusk through chemical reactions, which take place between a light-emitting substance and its related... 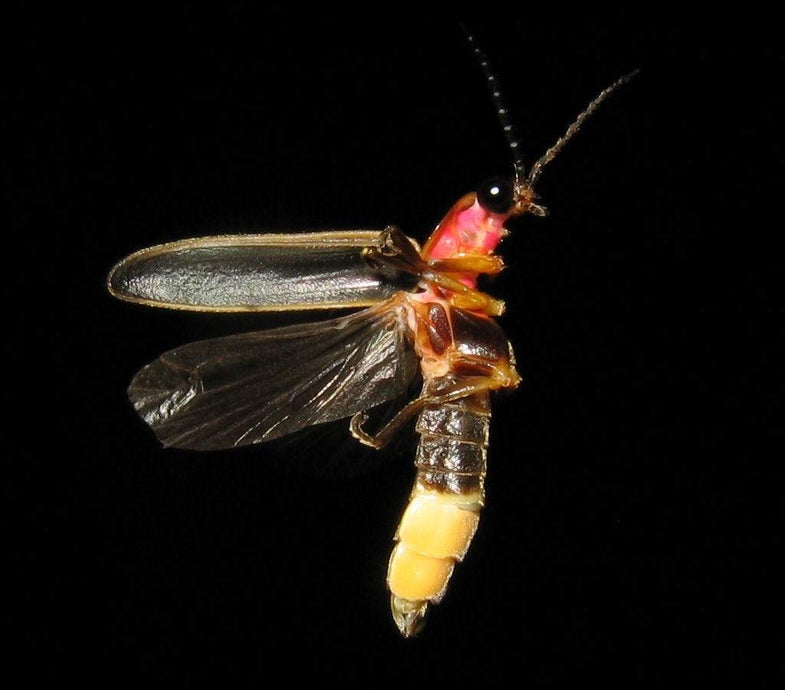 Fireflies light up summer lawns at dusk through chemical reactions, which take place between a light-emitting substance and its related enzyme. Luciferin and luciferase, respectively, could provide a natural, electricity-free glow for ambient lighting and other uses. But previous experiments to this end have not yielded very bright light.

Now researchers at Syracuse University have a new method for capturing firefly light, by using nanorods doped with luciferase. The resulting system is 20 to 30 times more efficient than other attempts at producing bright light, they say. Future Christmas light displays, night-lights and other dim but decorative lighting made with this method wouldn’t need any batteries or electrical outlets to shine brightly.

The trick was changing the scope of the interactions between the luciferin and the luciferase, according to Mathew Maye, assistant professor of chemistry at Syracuse. The team attached genetically modified luciferase to a core of nanorods made from cadmium-based semiconductor material. These are similar to quantum dots, but in this case they’re quantum rods. Then the researchers added the luciferin, which serves as a fuel for the fiery glow. When the chemicals interact, they release energy, which is transferred to the nanorod. That’s what actually makes the nanorod glow.

The researchers found that changing the size of the nanorod core, as well as lengthening or shortening the rods, can produce new colors. Where fireflies can only produce that trademark yellowish glow, this nano-device can produce hues of green, red and orange, even producing infrared light.

The team still needs to study how to transfer more energy to make the glow last longer, and how to make the system work on a larger scale. But it could conceivably work in lighting displays, they say. The research appears in ACS Nano Letters. 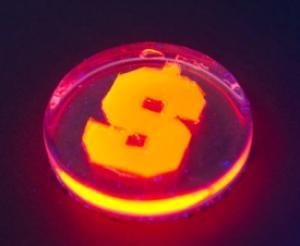 Nanorods created with firefly enzymes glow orange, appropriately enough, in the shape of the Syracuse logo.