What other fauna lurk undiscovered? 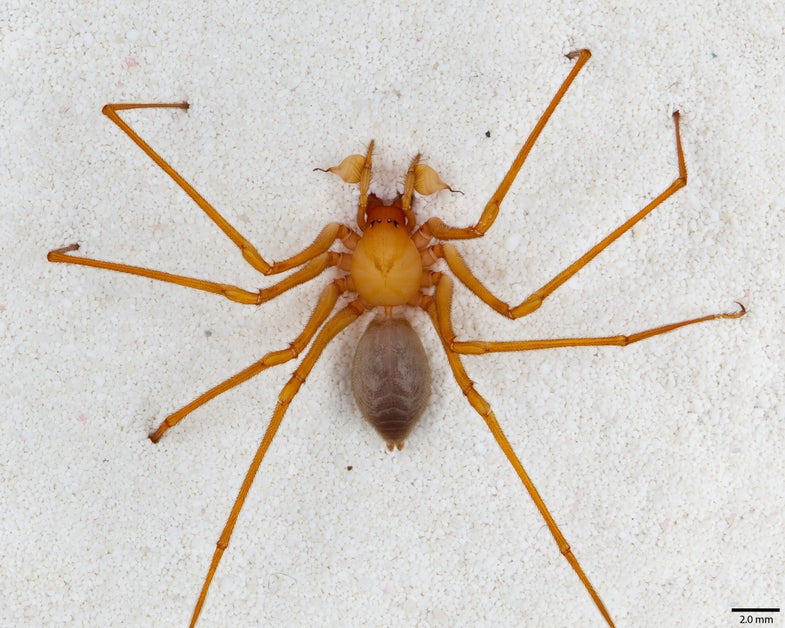 Oregon is not a safe place for arachnophobes, with at least 500 species of spiders known to inhabit forests, rotten logs and other dwellings. And now there’s this guy.

This new spider was found in caves in southwestern Oregon, a monumental discovery for citizen scientists from the Western Cave Conservancy and arachnologists from the California Academy of Sciences. It hangs from cave ceilings and it has extraordinary raptor-like claws, hence its name — Trogloraptor, or “cave robber.” Its huge claws suggest it is a fierce predator, but no one is certain yet what it eats.

It is a very strange and special spider, with some features that suggest it’s a relative of the goblin spider, but with a litany of other features that make it evolutionarily unique. It’s so different that the guy above represents a new genus, species and family on the tree of life.

Cal Academy’s Charles Griswold, curator of arachnology; Joel Ledford, postdoctoral researcher; and Tracy Audisio, graduate student, collected and described this new family. Then colleagues from San Diego State University found some more of them living in old-growth redwood forests, according to a news release from the journal ZooKeys, which just published a report on the new arachnid.

Its true distribution is still unknown, which in and of itself is interesting. It’s somewhat of a surprise that something so large — it’s four centimeters wide, about the size of a half-dollar — was not found already. The fact that it eluded scientists until now is startling, and it begs a creepy yet fascinating question: What else is out there, lurking in caves and logs, that remains to be discovered?