A Spaceship For The Sea

This vertical structure will allow scientists to better study the ocean. 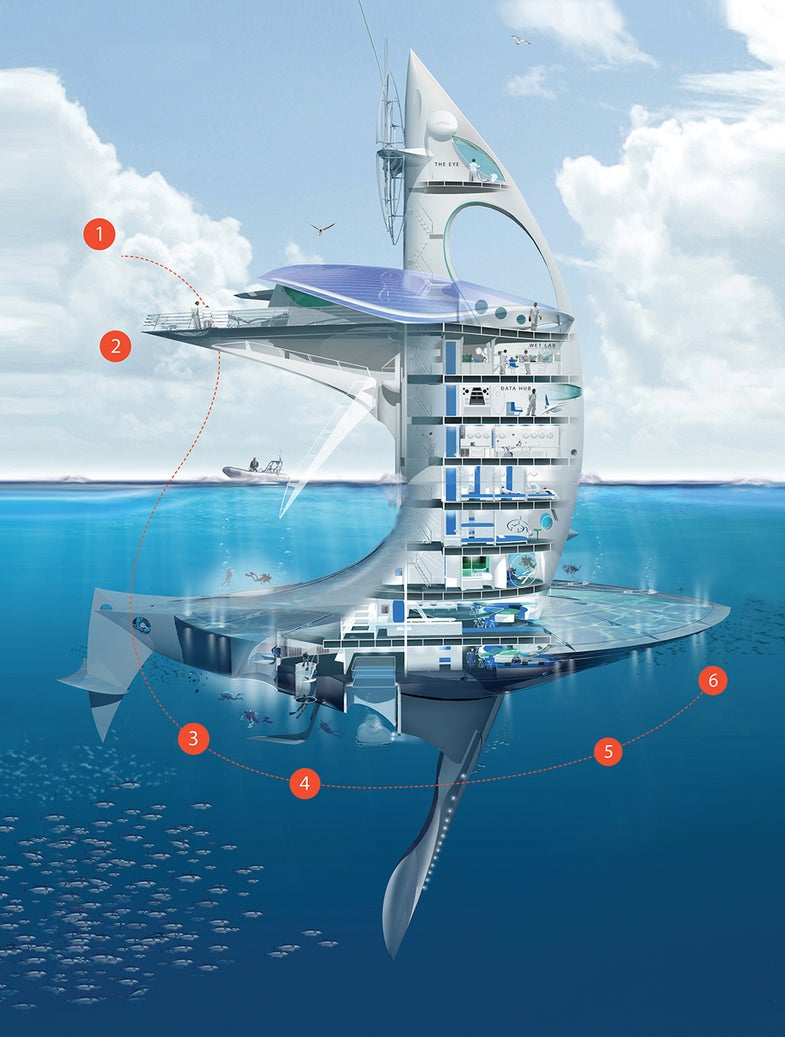 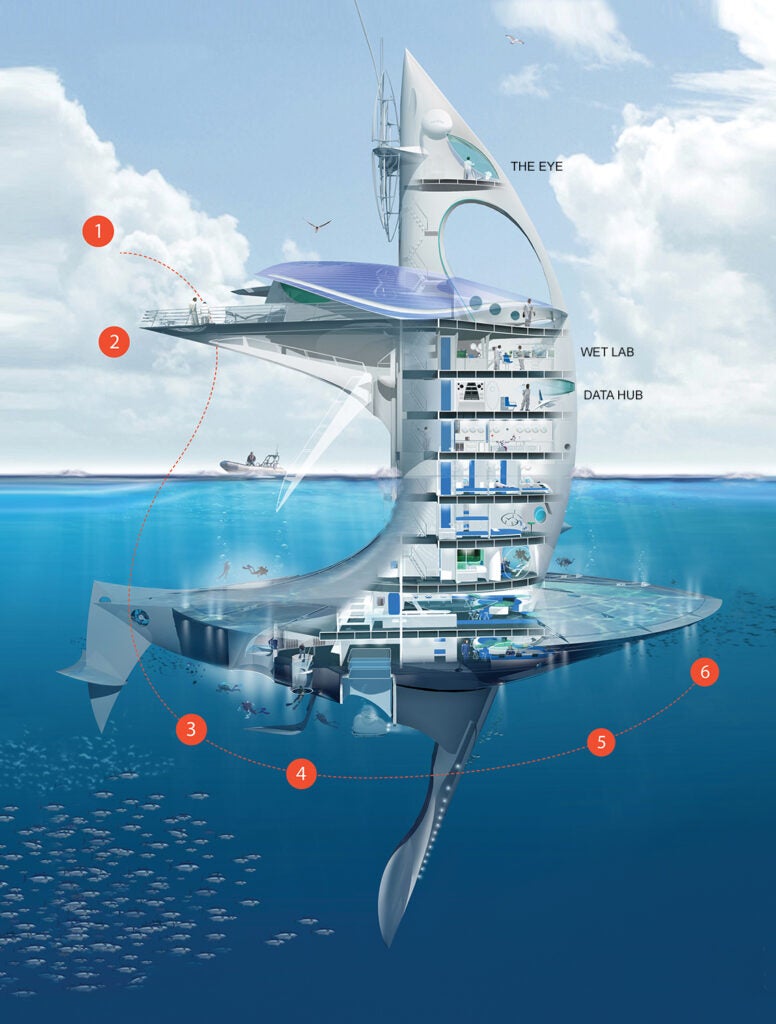 Scientists know more about the surface of the moon and Mars than they do about our own seafloor. Which helps explain the grand vision of the French architect Jacques Rougerie, who’s designed an ocean-going laboratory that rivals the Starship Enterprise in scope.

Rougerie envisions his machine, the SeaOrbiter, as a sort of space-age buoy floating unobtrusively in the ocean, equipped with submersibles and a team of divers who can explore and analyze the marine environment. “If we want to better understand the ocean, we need a paradigm shift in research,” he says. That means direct observation in remote locations like the Sargasso Sea, where forests of seaweed create a unique and poorly understood ecosystem. “Eels from North America and Europe converge here to spawn after spending decades in freshwater rivers,” says Sylvia Earle, a marine biologist and former National Oceanic Atmospheric Administration chief. “We know very little about this place, and it’s home to one of the most unusual life histories of any animal in the ocean.”

SeaOrbiter’s price tag—$48 million—is its biggest drawback. But, thanks to the French crowd-funding site KissKissBankBank, Rougerie and his team have raised $475,000 to begin construction of the orbiter’s eye later this year. If they can inspire deep-pocketed donors to fund the full amount—a big if, admittedly—they hope to finish the ship by the end of 2016.