Speedo’s Super-Fast, Shark-Skin-Inspired Fastskin Swimsuit Is Actually Nothing Like a Shark’s Skin 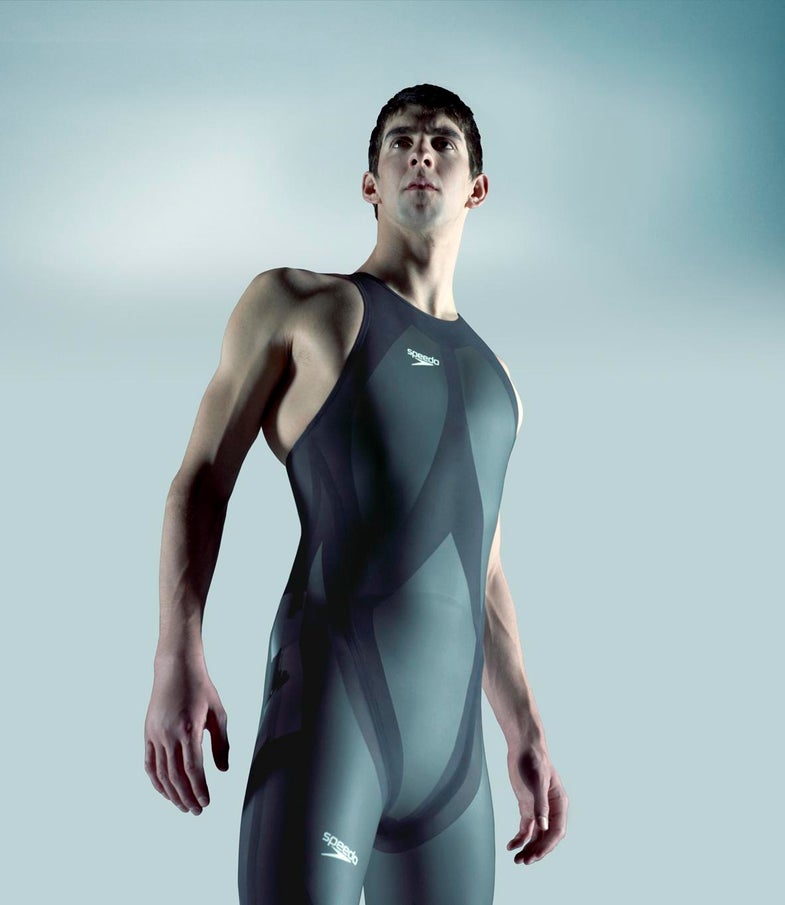 Speedo’s Fastskin line (including the banned-as-of-2009 LZR suit) of high-tech, high-performance swimsuits were inspired by the skin of a shark–shark skin’s sandpaper-like texture is thought to reduce drag, hence its usefulness in swimming gear. But an ichthyologist at Harvard performed a study and found that Fastskin is “nothing like shark skin at all,” and that its surface properties do not reduce drag one bit.

Shark skin, as well as the skin of related fish like rays and chimaeras, is covered with dermal denticles, almost like little teeth. George Lauder, a professor of ichthyology at Harvard, performed experiments to analyze the purpose of these dermal denticles, and tested the Speedo suits as well, to see how similar they are.

What he found was that while the Speedo Fastskin suits may enhance a swimmer’s speed, it’s not due to the reduction of drag. Says Lauder:

“What we found is that as the shark skin membrane moves, there is a separation of flow. The denticles create a low-pressure zone, called a leading-edge vortex, as the water moves over the skin,” he said. “You can imagine this low-pressure area as sucking you forward. The denticles enhance this leading-edge vortex. So my hypothesis is that these structures that make up shark skin reduce drag, but I also believe them to be thrust-enhancing.”

But that drag reduction only occurs when the skin is attached to a flexible body. Human bodies, which are far less flexible, receive no benefits at all from the surface of the suit. Of course, Lauder speculates that the suit could still have speed benefits–it enhances a swimmer’s posture, and its tightness could have a beneficial impact on circulation. But swim like a shark? Nope–it’s going to take more than some artificial shark skin for that.