A Computer Constructed From a Consortium of Live Crabs

If biomimicry is the instance of technology emulating nature, then this must be something like the opposite: researchers at Kobe... 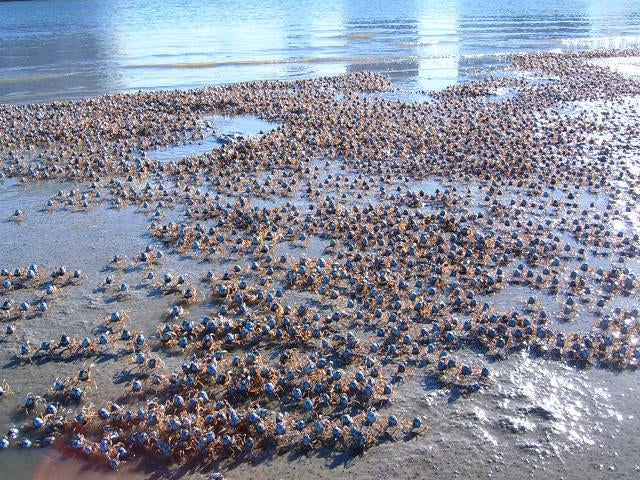 If biomimicry is the instance of technology emulating nature, then this must be something like the opposite: researchers at Kobe University have built a computer out of crabs. Placed within a geometrically constrained environment, swarms of soldier crabs can be effectively used to emulate logic gates. In other words, researchers have replicated the fundamental workings of a computer–with crabs.

The crabs in question, soldier crabs, live in large groups in lagoon environments (not to be confused with Shanghai hairy crabs, which live in a vending machine). When they move they swarm, with no real discernible leader. Crabs near the edges of the group exhibit serious leadership qualities, keeping the group together and moving in a direction as a cohesive body. Crabs in the interior of the group go with the flow, following their neighbors who are following their neighbors who are following the leaders at the edges.

But, interestingly, the soldier crabs also rotate regularly. Leader crabs at the edges cycle back into the interior, and interior crabs rotate to the outside, into leadership roles. All this happens without discussion of course. The direction and speed the crabs travel is often dictated by outside stimuli, such as the shadow of a crab-eating bird being cast on the group. But they more or less move as a unit, regardless of which crabs are in charge at any particular time.

When two swarms of crabs meet in motion, they tend to compromise by merging and continuing on in a direction that is the sum of the two swarms’ velocities, and this is where the computing comes in. The researchers built a system of channels in an environment that funnel the crabs along, like electrons flowing through a computer (they are prodded along by a fake bird shadow that is cast from overhead). Using a group of 40 real soldier crabs, the researchers tried to cajole the group into acting like a logic gate.

They found they could build a very reliable OR logic gate–where one or two swarms are merged into a single path. Creating the AND gate–one that requires the crabs to all swarm down one of three paths–was more difficult, but the researchers think they can improve its rate of success by altering the environment to be more friendly to the crabs.

All that means that, technically, you could build a classical computer using the presence or absence of a swarm of crabs to represent 1s and 0s. Which doesn’t impact you at all, since it would be kind of silly to actually build a working computer that works in such a way. But isn’t it cool that you could? 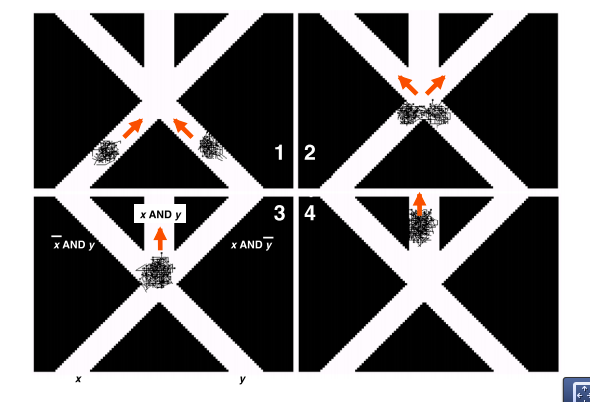