Sinking fish carcasses ferry mercury to the depths of the Mariana Trench. 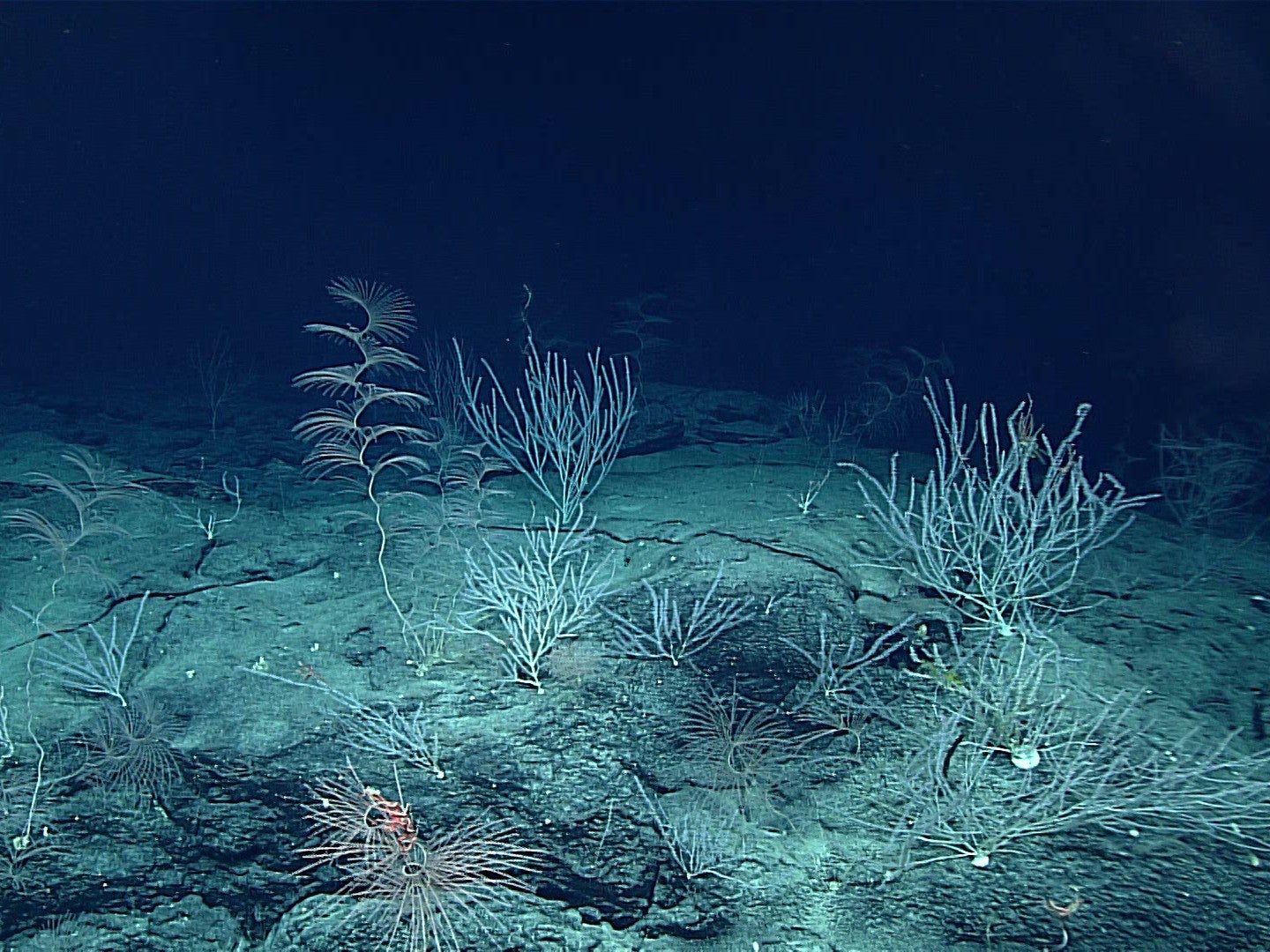 Researchers found mercury in creatures dwelling at the deepest areas of the ocean. Image courtesy of the NOAA Office of Ocean Exploration and Research, 2016 Deepwater Exploration of the Marianas.
SHARE

Tens of thousands of feet below the surface, deep-sea fish and crustaceans thrive amidst extreme pressure, freezing cold, and absolute darkness. Food is scarce in this remote environment, and fish carcasses and detritus drifting down from shallower waters are a vital source of nutrition.

Turns out they’re also a prime source of toxic mercury, scientists reported on November 16 in Proceedings of the National Academy of Sciences. Researchers found mercury in creatures dwelling deep within the Pacific ocean’s Mariana and Kermadec Trenches, depressions in the seafloor that form the deepest areas of the ocean’s bottom, and concluded that sinking carrion is the main route by which this pollution infiltrates the ocean’s abyss.

“Mercury pollution is a global problem and the mercury we emit goes nearly everywhere on Earth,” Joel Blum, a geochemist at the University of Michigan in Ann Arbor and coauthor of the new findings, said in an email. “[Our study] shows there is a conveyor belt of sorts rapidly delivering surface mercury [accumulated] in fish to the deepest parts of the ocean.”

Each year, power plants, factories, mines, and other human operations release more than 2,000 metric tons of mercury into the atmosphere. This mercury eventually reaches the sea in rain, dust, and runoff from rivers and estuaries. Microbes convert this mercury into a particularly toxic form called methylmercury that builds up in fish and can harm the nervous, immune, and digestive systems of people and wildlife that eat the contaminated seafood.

This year, Blum’s team and two other groups of researchers reported that mercury pollution also reaches organisms in deep-sea trenches. When Blum and his colleagues collected snailfish and shrimp-like amphipods from depths of about 19,685 to 33,628 feet, they found high concentrations of mercury in the creatures’ tissues.

For perspective, says Carl Lamborg, an oceanographer at the University of California, Santa Cruz, who was not involved in the research, “we would discourage anybody from eating a fish like tuna if it had [a mercury concentration of] more than half a part per million, and these things are six to [nearly] 30 times that on the high end.”

Blum and his team also compared the ratios of different varieties, known as isotopes, of mercury found in the deep-sea critters to their previous measurements of mercury in fish living at shallower depths and bits of zooplankton, fish, and other detritus that fall to the deep sea. To their surprise, Blum said, the composition of mercury isotopes in the deep-sea fish strongly resembled that of fish inhabiting the upper 1,600 feet or so of the ocean. They did not match mercury isotopes in the detritus. These findings suggest that most of the mercury in deep-sea critters comes from human activities, rather than being released by undersea volcanoes and hydrothermal vents, and is devoured by scavengers when they encounter newly sunk fish carcasses.

Trenches are considered to be among the most pristine and remote ecosystems. In recent years, though, scientists have discovered lead, “bomb carbon” from nuclear weapons testing, chemicals banned in the 1970s, and plastic near the bottom of the ocean. So it’s not surprising that mercury has made its way to the deepest reaches of the ocean as well. How the influx of mercury affects the organisms living in these habitats is not yet certain, but “this is probably not a big concern to deep-sea ecosystems,” Blum said.

Lamborg and his colleagues have measured high concentrations of mercury in organisms living near hydrothermal vents, cracks in the seafloor which pump mercury into the surrounding waters; it’s possible that some deep-sea denizens are less vulnerable to mercury than animals that live elsewhere. “If these creatures have been living with it for millions of years, maybe they’ve evolved to detoxify themselves better, or are just able to live with it more effectively,” Lamborg says.

While the seafood we dine on comes from much shallower waters, investigating mercury in the deepest fathoms can help us understand its movement and persistence across the entire ocean, Lamborg says.

This could help scientists make predictions about mercury pollution in the sunlit waters where we fish.