Last week in tech: A dummy went to space and we got some new emojis

We'll never get sick of looking at that view of earth from a Tesla in space. 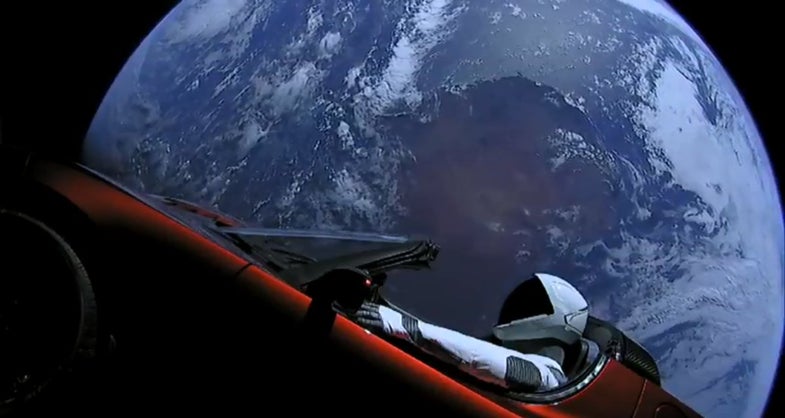 Between the SpaceX rocket launch and the start of the 2018 Olympics, it sure was easy to get inspired last week. But, while others launching rockets out of the earth’s atmosphere or performing super-human feats of athletic prowess, we were here keeping tabs on the big tech stories so we could collect them here for you. No need to thank us. It’s all part of the job.

A dummy went to space

Elon Musk and his band of rocket scientists (and publicists) finally launched the Falcon Heavy rocket last week. You can read about the successful operation here and see why we chose Falcon Heavy as one of our Best of What’s New innovations last year. Some time this week, take a break from filing the TPS reports your boss gave you and think about that dummy flying through space in a billionaire’s used car.

The 2018 Olympic games are happening right now in South Korea and they have given us a surprising amount of tech to talk about. You can click here to read about the innovative Olympic stadiums of the past, present, and future. Or, you can click here and find out how to stream this year’s games, so you can watch curling instead of doing your work.

The 2018 release from the Unicode Consortium contains Emoji 11.0, which brings 157 new adorable little pixel blobs to the 2,666 that previously existed. The list includes people with red, curly, and no hair. There’s also a partying face and “leg.”

You may have missed it, but ride-hailing service Uber has been locked in a legal battle against the Alphabet-owned, self-driving vehicle company, Waymo since January 2017. The case alleged that a Google engineer gave Uber trade secrets regarding self-driving car tech. It’s a complex issue of intellectual property and it’s likely not the last one like this we’ll see. This one surprised many when the two sides settled early, giving Waymo a small stake in Uber.

Apple is protective of its property—intellectual or otherwise—so it was a big surprise earlier this week when the code for its iBoot software showed up on code-sharing service GitHub. iBoot is a crucial piece of the iPhone infrastructure that ensures security during the devices boot process. You shouldn’t worry about the security of your phone because of this leak, but it’s a pretty fascinating story, especially when you consider this Motherboard report that says Apple interns perpetrated the leak.

ESPN will soon have its own streaming service, which will cost $5 per month. It won’t allow users to watch ESPN live as if it were on TV, but it will give access to “thousands” of live sporting events not available on the typical channels. Expect a lot of streaming news out of ESPN’s parent company, Disney, soon, as it begins to reveal its plans for the post-Netflix era.

Starting on July 1, 2018, Best Buy will no longer sell audio CDs, but it plans to continue selling vinyl records for another two years. It’s a sad day for those of us who grew up with these shiny 4.7-inch platters spitting out our favorite songs. But, I couldn’t even find a CD in my house to take a picture for this article, so maybe the time is right after all.

Under Armour made a connected shoe 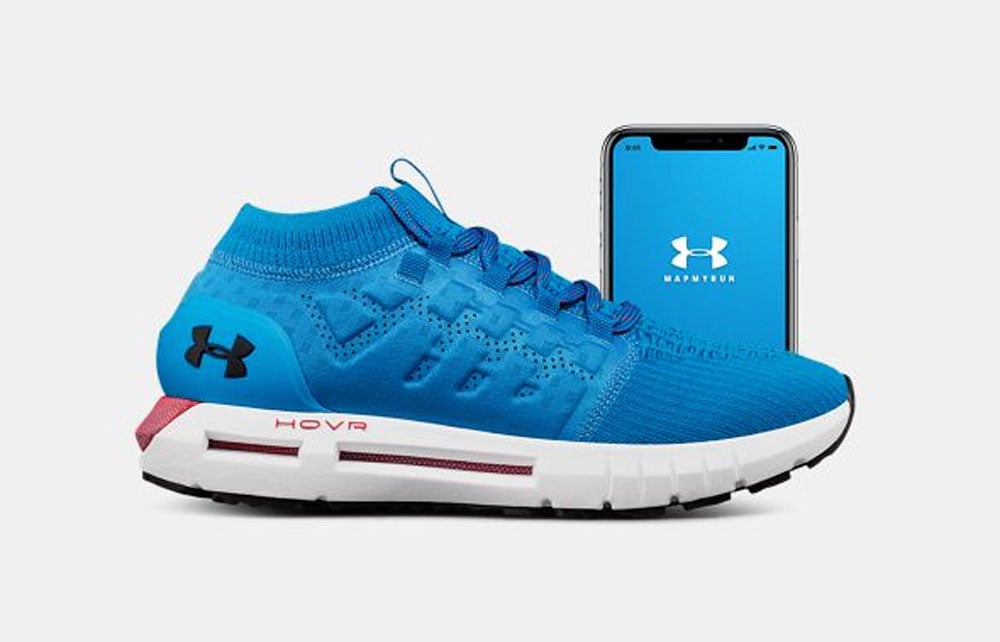 This connected sneaker could get you to the summer Olympics (but it probably won’t).

Energy return is a metric that indicates how much a sneaker can push you forward as its cushioning compresses and rebounds. The higher the energy return, the less work you have to do with every stride. Under Armour redesigned the sole of its new Hovr shoes, then added a digital sensor and transmitter to track things like pace, cadence, and distance during your run. It could be the thing you need to re-start your stalled New Year’s resolution.

Now, get back to watching curling!