Why aren’t there more super Earth-sized exoplanets? Astronomers think they’ve figured it out.

Mid-sized exoplanets seem to only appear after shedding their atmospheres over billions of years. 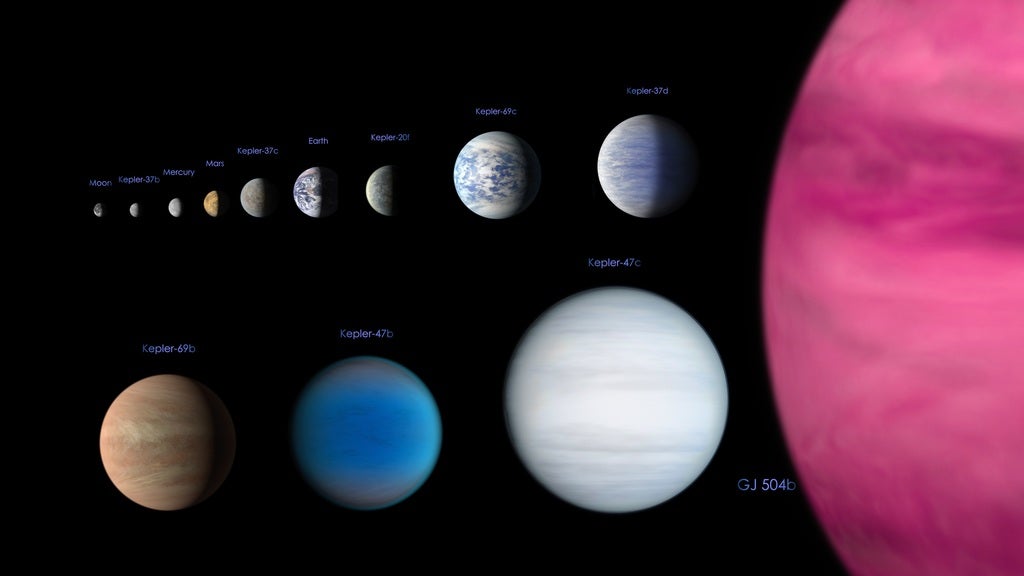 Until recently, astronomers did know why there were so few exoplanets whose radius fell between 1.5 and two times the size of Earth. NASA's Goddard Space Flight Center
SHARE

Astronomers may have solved the mystery of why exoplanets of a certain size seem to be so rare. In a new study, scientists have found evidence that certain rare sizes of planets become more common over time, as gas planets shrink down to unveil their rocky cores.

Small planets that orbit close to their sun tend to fit into either larger or smaller size categories, but rarely end up in the middle. This size gap, or “radius valley,” means that after finding thousands of exoplanets, astronomers have turned up with a surprisingly small number of planets between 1.5 and two times Earth’s size—called super Earths and sub Neptunes, respectively. It was only a few years ago that astronomers documented enough exoplanets to notice this lack of certain sizes. We don’t have any in our own solar system, either. Our inner planets, Mercury, Venus, Earth, and Mars, are all below super Earth size.

But it looks like that radius valley fills in with age, says Trevor David, an astronomer at the Flatiron Institute’s Center for Computational Astrophysics who led the study.

David stresses that his team hasn’t proved a cause-effect relationship. They don’t know for certain whether older planets are indeed shrinking down to fill in the gap. But age “appears to be the most likely” culprit for planet size differences, David says. His team explored a few possible reasons why planets could be shrinking as they age.

“It’s yet another proof” that both super Earths and sub Neptunes “seem to be born as one population,” says Hilke Schlichting, a planetary scientist at UCLA who studies planet formation and was not involved in the study. She says the study makes a convincing argument that sub Neptunes lose their atmospheres over billions of years and become super Earths.

[Related: These 6 exoplanets somehow orbit their star in perfect rhythm]

The team assembled a list of more than 700 exoplanets and separated them into two groups: one of older planets and one of more newly formed planets. They found that the lack of middle-sized planets—which was obvious in the younger group—virtually disappeared in the older group.

There are two likely causes for shrinking exoplanet atmospheres. The first is high-energy light—ultraviolet and X-rays—from young stars, which can blast off molecules from a planet’s upper atmosphere. The second is the heat from a planet’s molten core, which raises the temperature of the atmosphere until some of its molecules get enough energy to reach escape velocity and fly free into space, David says.

There’s also a chance asteroid-type impacts are leading to a loss of atmosphere, he says. But that doesn’t really fit the data well.

Much of planet formation is still a mystery. For instance, sometimes a rocky planet can be right next to a gassy planet four times its size, David says. You’d think they would be similar having formed near each other, but that isn’t the case.

Looking at early, still-forming solar systems, called protoplanetary disks, partially explains how some planets end up with huge atmospheres. The gas available in the disk disperses relatively quickly. “It’s a race against time,” David says, for planets to build up enough mass to capture an atmosphere before it disperses. Much of his work is disentangling differences in how exoplanets formed initially and evolved over time.

Schlichting, a theorist, has led the study of the core heating idea in her lab. She says she hopes future research can determine which method of atmosphere loss is stronger or if both are significant contributors. “We are hoping that one is dominant,” she says. Then, “we can figure out which one is dominant in terms of shaping this radius valley.”