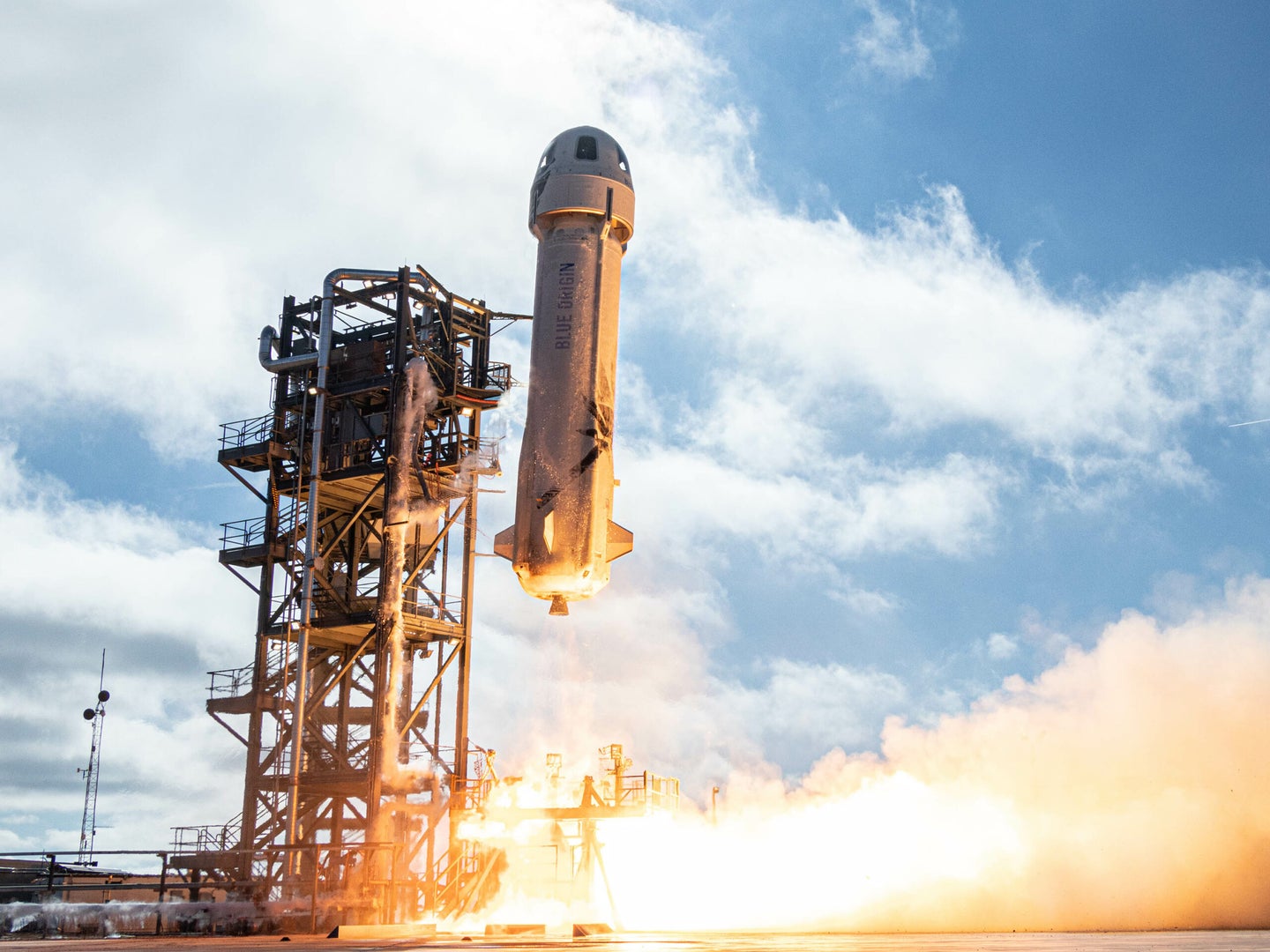 SpaceX has proven itself to be a behemoth in the emerging commercial launch industry. Its Falcon family of rockets has accounted for more than a quarter of worldwide rocket launches in each of the last five years, and no other private company can transport astronauts to the International Space Station.

But space is a big place, with ample room for all kinds of activities that companies, researchers, and tourists might pay to pursue. And for many of those goals, the beefy Falcon rockets are overkill. Last week, two companies developing unique technologies specifically suited for more modest missions passed major milestones: Virgin Orbit launched nearly a dozen small satellites into orbit using an airplane-mounted rocket, and Blue Origin prepared to send astronauts to the edge of space with the fourteenth test of its New Shepard rocket, foreshadowing another year of growth for space companies large and small. Here’s what we have to look forward to.

Sunday morning, Virgin Orbit (not to be confused with its sister company, Virgin Galactic, which targets suborbital space tourism) joined the handful of private companies who have managed to hurl a satellite fast enough to put it into orbit around our planet. A modified Boeing 747, Cosmic Girl, took off from an aerospace test center in California, flew over the Pacific Ocean and dropped a rocket—LauncherOne. LauncherOne promptly ignited and sustained its burn (unlike a doomed test flight last May), whisking its payload of ten miniature satellites called CubeSats safely into space. In orbit the CubeSats, which was designed mainly by university groups, will monitor Earth’s weather and climate, look for space debris, experiment with how the seeds of planets might have formed, and more.

Hart hopes it will be a gateway unlike those other launch companies are developing. By converting an airplane into a rocket launcher, Virgin Orbit specializes in small, low-cost payloads. To that end, the 70-foot LauncherOne can lift about one ton of cargo into orbit (as opposed to SpaceX’s 230-foot Falcon-9, which can handle payloads up to fifty times heftier).

But what LauncherOne lacks in muscle, it makes up for in flexibility. Its parent Boeing-474 can, in principle, fly to and launch from any airport in the world, giving clients the ability to buy a ride to the precise orbit they want. Launches are relatively affordable too, with flights reportedly going for about $12 million a pop—roughly four to five times cheaper than shooting off a Falcon 9.

The two companies offer different services. SpaceX is building the equivalent of a space railroad—a mass transit system that moves bulk goods for the lowest possible price per pound. Virgin Orbit, in contrast, aims to be more like the Lyft of space, taking individuals and small groups exactly where they want to go for a lower absolute price per trip. Both companies let customers share rides to defray costs, but it takes a lot to fill a Falcon 9, so minor missions often tag along with larger ones and launch on their terms. Virgin Orbit is betting that small satellite makers will pay extra for a prompt and convenient ride into space rather than waiting around.

After the successful test flight, Virgin Orbit is now open for business. It holds contracts with the US Space Force and the UK’s Royal Air Force, among other clients, flights for which could begin this year.

The company can reach space, but whether it will turn a profit in doing so remains to be seen. While satellites are indeed shrinking in physical size, competition in the light launch market is heating up. Rocket Lab, a New Zealand–United States company, has put nearly a hundred small satellites into orbit since 2018 and charges around $5 million per launch. Firefly Aerospace and Astra are companies developing similar capabilities. And where Astra, Firefly, and Rocket Lab have raised and spent in the ballpark of $100 million to design and test their rockets, according to reporting by Eric Berger at Ars Technica, Virgin Orbit’s investments are pushing a billion dollars.

Another company looking to turn low-key space missions into a business is Blue Origin, a Jeff Bezos venture funded in part through the sale of his Amazon stock holdings. While Blue Origin is developing vehicles to compete more directly with SpaceX in delivering payloads both into low earth orbit and even to the lunar surface, it has demonstrated the most progress on its New Shepard rocket—a fully reusable system for launching a crewed capsule to the upper reaches of our atmosphere.

Blue Origin tested its New Shepard rocket for the 14th time on Thursday in what was essentially a dress rehearsal for a crewed flight. The rocket rose from the desert of West Texas, pushing the RSS (“Reusable Spaceship”) First Step to an altitude of 65 miles—a hair over 62 miles, one standard definition of where space begins. The RSS First Step separated from the rocket near the peak of the trajectory, marking the section of the flight during which future crew can experience a brief period of weightlessness, then both vehicles safely touched back down on the ground. New Shepard autonomously steered itself back to the launchpad, while the crew capsule deployed parachutes and landed some distance away, about ten minutes after launch.

This test flight showcased a number of upgrades to the crew capsule, highlighting Blue Origin’s space tourism focus, including a slow panning motion (for a full 360-degree view), a new communication system linking passengers to mission control, and environmental controls to keep the windows from fogging up. The company intends to test a similar hardware setup again before attempting a crewed flight, according to CNBC.com, possibly this year.

“We’re getting very, very close to flying our first astronauts, so that’s why it’s critical that we test these systems,” said Ariane Cornell, the company’s director of Astronaut and Orbital Sales, in a webcast of Thursday’s launch.

If Blue Origin can keep that timeline, it just might become the first company to offer access to space on a “budget.” While it hasn’t officially announced pricing for the ten-minute jaunts, reporting from Reuters suggests tickets may fall in the $200,000 to $300,000 dollar range—in line with suborbital tourism rival, Virgin Galactic. A brief thrill ride for the price of a home can hardly be considered affordable, except perhaps in comparison with the other ways to get off the planet that might be available this decade, which will likely run in the millions to tens of millions of dollars.

In this respect, Blue Origin will be testing more than just rockets as it inches closer to flying its first astronauts. The space tourism industry will be watching for the answer to a question that for years has been little more than speculation: How many people will be willing to burn a minor fortune to get to the edge of space?