Hundreds of spaceflights a year would emit more greenhouse gases than some major power plants. 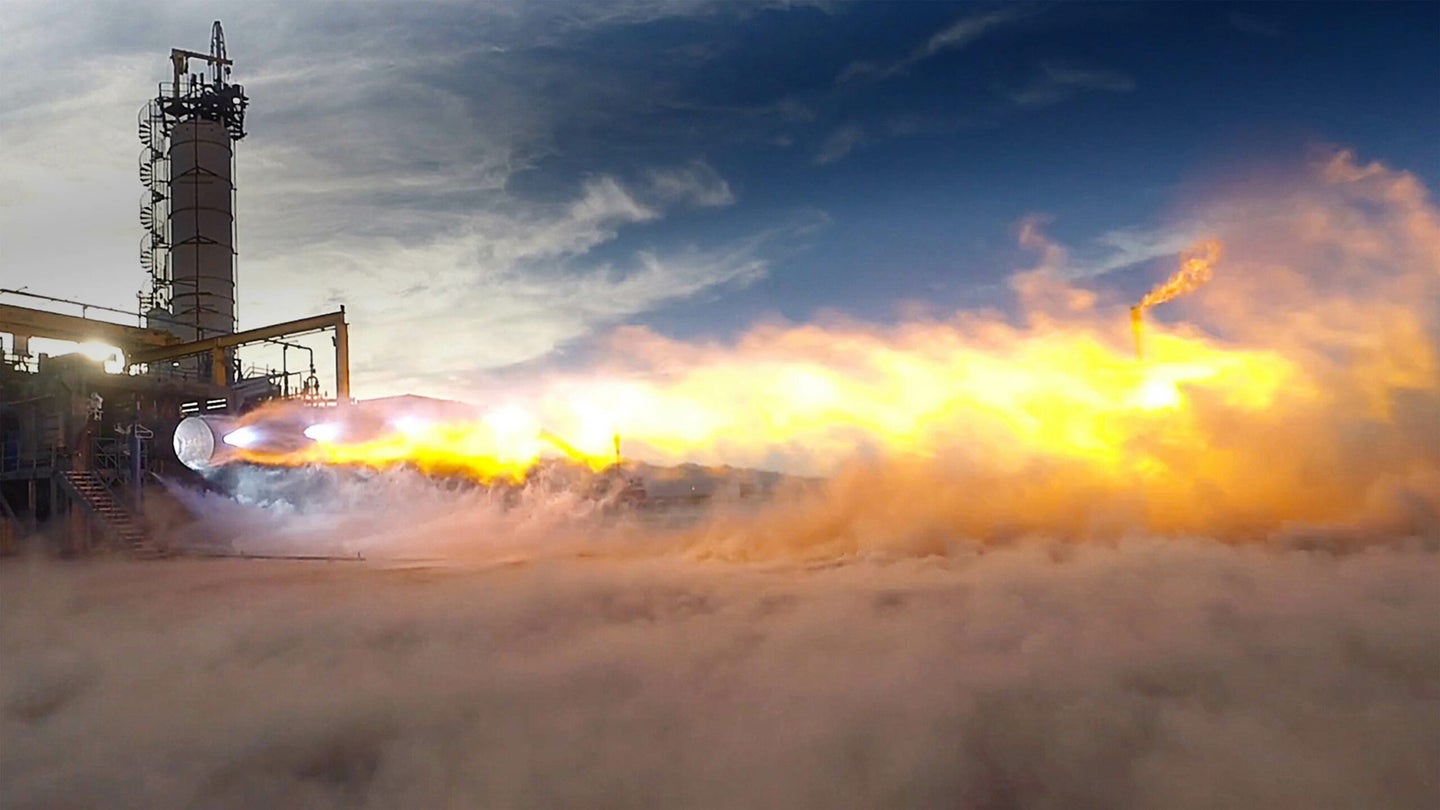 Jeff Bezos's space rockets use BE-4 fuel to blast through the atmosphere. Blue Origin
SHARE

Eloise Marais is an associate professor in Physical Geography at University College London. This story originally featured in The Conversation.

The commercial race to get tourists to space is heating up between Virgin Group founder Sir Richard Branson and former Amazon CEO Jeff Bezos. On Sunday 11 July, Branson ascended 80 km to reach the edge of space in his piloted Virgin Galactic VSS Unity spaceplane. Bezos’ autonomous Blue Origin rocket launched on July 20, coinciding with the anniversary of the Apollo 11 Moon landing.

Though Bezos loses to Branson in time, he was set to reach higher altitudes (about 120 km). The launch demonstrated his offering to very wealthy tourists: the opportunity to truly reach outer space. Both tour packages provide passengers with a brief ten-minute frolic in zero gravity and glimpses of Earth from space. Not to be outdone, Elon Musk’s SpaceX will provide four to five days of orbital travel with its Crew Dragon capsule later in 2021.

What are the environmental consequences of a space tourism industry likely to be? Bezos boasts his Blue Origin rockets are greener than Branson’s VSS Unity. The Blue Engine 3 (BE-3) launched Bezos, his brother and two guests into space using liquid hydrogen and liquid oxygen propellants. VSS Unity used a hybrid propellant comprised of a solid carbon-based fuel, hydroxyl-terminated polybutadiene (HTPB), and a liquid oxidant, nitrous oxide (laughing gas). The SpaceX Falcon series of reusable rockets will propel the Crew Dragon into orbit using liquid kerosene and liquid oxygen.

Burning these propellants provides the energy needed to launch rockets into space while also generating greenhouse gases and air pollutants. Large quantities of water vapor are produced by burning the BE-3 propellant, while combustion of both the VSS Unity and Falcon fuels produces CO₂, soot and some water vapor. The nitrogen-based oxidant used by VSS Unity also generates nitrogen oxides, compounds that contribute to air pollution closer to Earth.

Roughly two-thirds of the propellant exhaust is released into the stratosphere (12 km-50 km) and mesosphere (50 km-85 km), where it can persist for at least two to three years. The very high temperatures during launch and re-entry (when the protective heat shields of the returning crafts burn up) also convert stable nitrogen in the air into reactive nitrogen oxides.

These gases and particles have many negative effects on the atmosphere. In the stratosphere, nitrogen oxides and chemicals formed from the breakdown of water vapor convert ozone into oxygen, depleting the ozone layer which guards life on Earth against harmful UV radiation. Water vapor also produces stratospheric clouds that provide a surface for this reaction to occur at a faster pace than it otherwise would.

Exhaust emissions of CO₂ and soot trap heat in the atmosphere, contributing to global warming. Cooling of the atmosphere can also occur, as clouds formed from the emitted water vapour reflect incoming sunlight back to space. A depleted ozone layer would also absorb less incoming sunlight, and so heat the stratosphere less.

Figuring out the overall effect of rocket launches on the atmosphere will require detailed modelling, to account for these complex processes and the persistence of these pollutants in the upper atmosphere. Equally important is a clear understanding of how the space tourism industry will develop.

Virgin Galactic anticipates it will offer 400 spaceflights each year to the privileged few who can afford them. Blue Origin and SpaceX have yet to announce their plans. But globally, rocket launches wouldn’t need to increase by much from the current 100 or so performed each year to induce harmful effects that are competitive with other sources, like ozone-depleting chlorofluorocarbons (CFCs), and CO₂ from aircraft.

During launch, rockets can emit between four and ten times more nitrogen oxides than Drax, the largest thermal power plant in the UK, over the same period. CO₂ emissions for the four or so tourists on a space flight will be between 50 and 100 times more than the one to three tons per passenger on a long-haul flight.

For international regulators to keep up with this nascent industry and control its pollution properly, scientists need a better understanding of the effect these billionaire astronauts will have on our planet’s atmosphere.