Sea level rise will combine with a cyclical change in the moon's orbit to make sunny day flooding much more common. 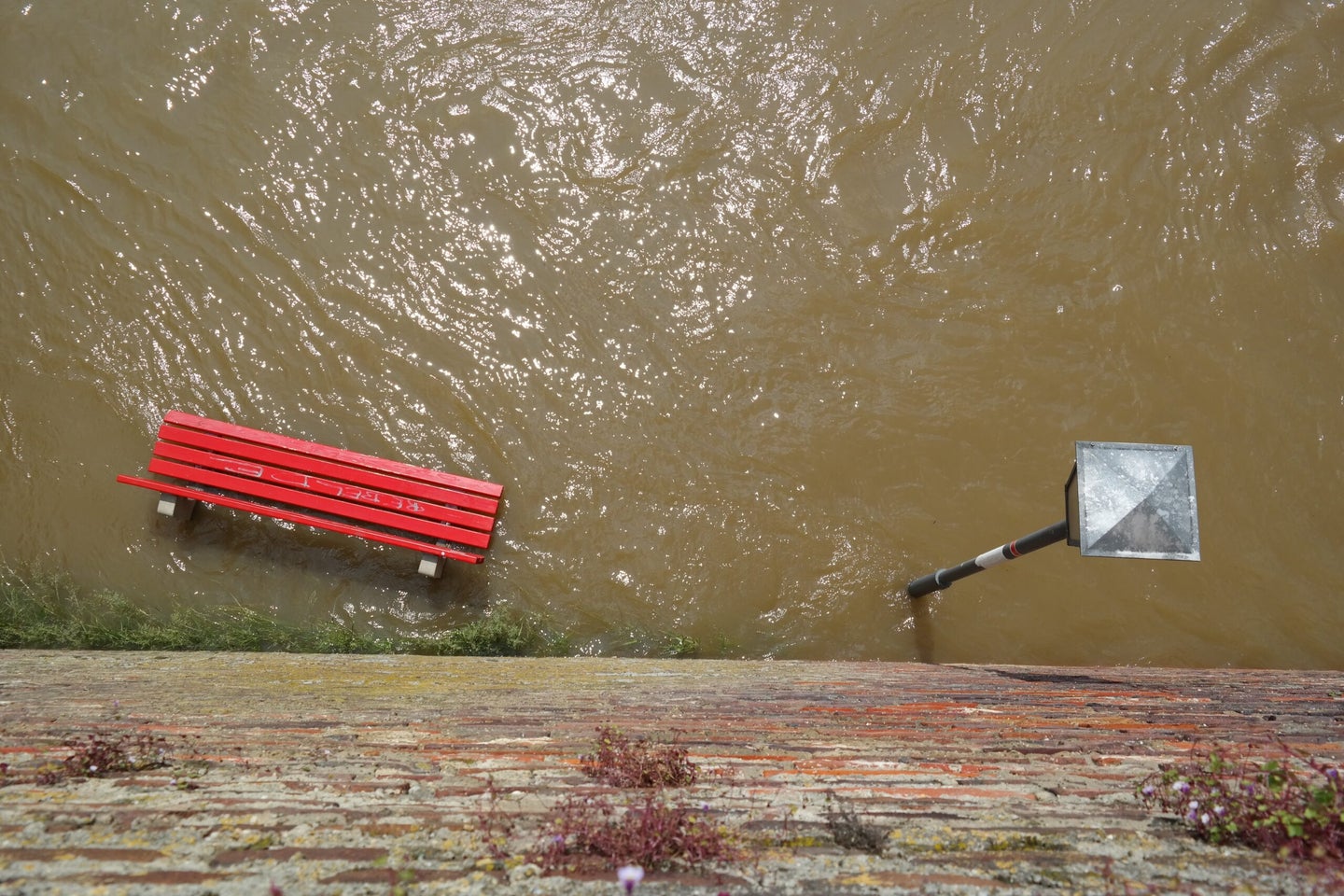 Sunny day floods—which occur when high tides spill into roads and towns—are already a massive problem in the US. Hundreds of them occur every year up and down the Atlantic and Gulf coasts in low-lying areas. But starting in the 2030s, high-tide flooding is going to reach new heights, literally, as a roughly 18 year cyclical wobble in the moon’s orbit coincides with rising sea levels.

The moon causes the tides to change each day, but it also has a slight wobble in its orbit. As a result, the moon isn’t always a constant distance away from the Earth—and doesn’t have the exact same impact on sea level. For half of the 18.6 year-long cycle, high tides are higher and low tides are lower, and vice versa for the other half. The long term change in the tides isn’t all that dramatic compared to the daily difference in the tides, especially since it happens over such a long period of time.

But climate change is worsening that.

A study published in Nature Climate Change in June shows how much of a change some cities are in for. By 2033, La Jolla, California, can expect to see just one more day per year of high-tide flooding. In another decade, the community of nearly 50,000 people could see  an additional 49 days. In the same time frames, St. Petersburg, Florida, will gain six and 67 days, respectively. Under a slightly more extreme set of climate circumstances, Boston could gain more than 50 extra flooding days by 2051.

Though sunny day floods are often minor in the grand scheme of things compared to riskier storm surges, they’re no less problematic. Hurricanes wreak havoc, but then leave and give towns time to recover. “But if it floods 10 or 15 times a month, a business can’t keep operating with its parking lot under water,” said Phil Thompson, the lead author on the study, in a statement. “People lose their jobs because they can’t get to work. Seeping cesspools become a public health issue.”

Thompson and his colleagues note in the study that there’s a major reason they’re trying to warn people about this now: to give governments and people time to prepare. The 2030s are not that far away, and it won’t be easy to solve this problem. Almost 40 percent of the US population lives along the coast, and our infrastructure is already struggling to stay together. Urban planners will need to grapple with the reality of more high-tide flooding as well—but at least now they have some warning.