The civilian mission experienced problems that are just coming to light. 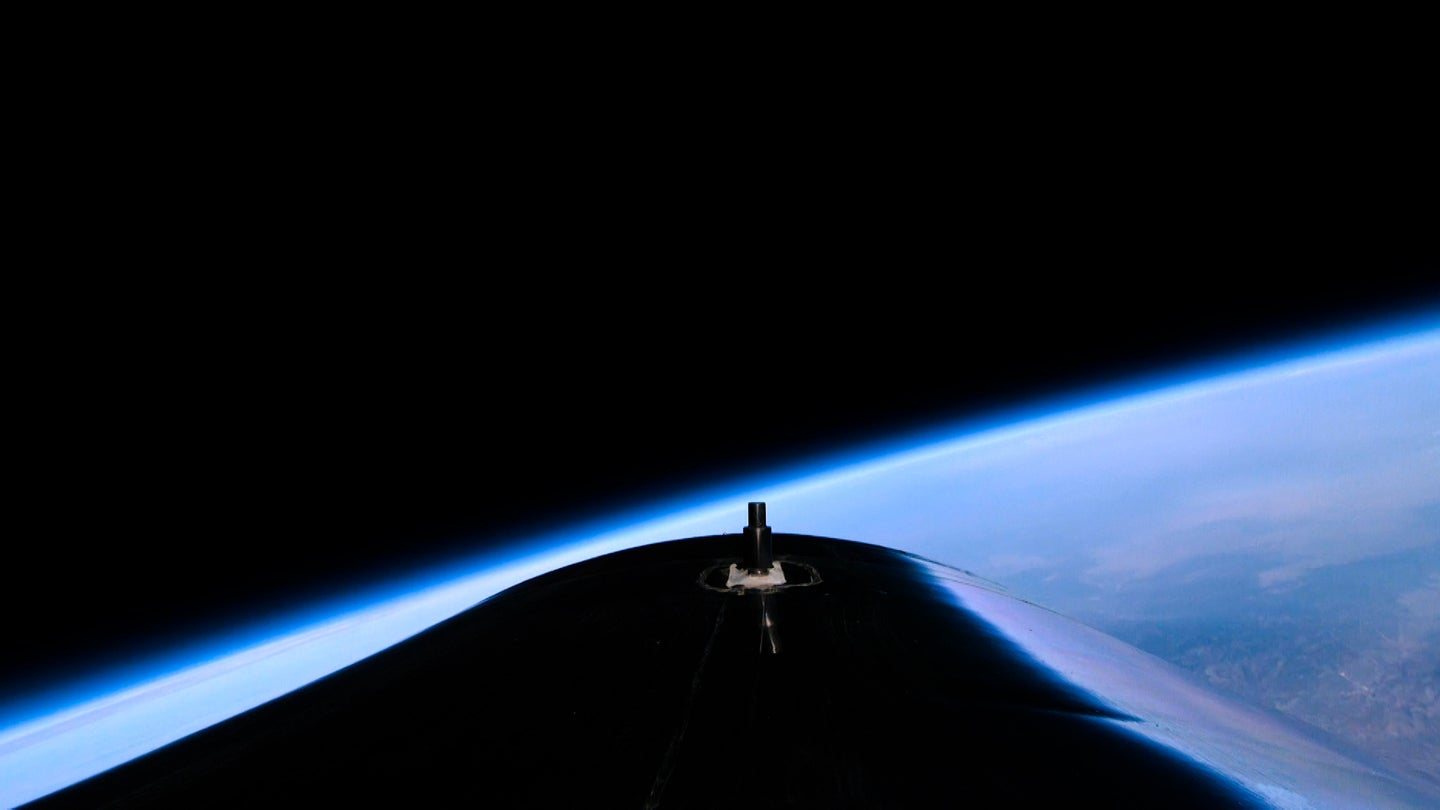 An image from the July 11 flight to the cusp of space. Virgin Galactic
SHARE

Richard Branson’s historic foray into space is under scrutiny from the US Federal Aviation Administration (FAA) after deviating from its flight path—an error that could potentially prevent Virgin Galactic from moving forward with its next civilian mission.

A spokesperson from the FAA told Popular Science an investigation is ongoing into the July 11 suborbital flight, which brought the billionaire and five Virgin Galactic employees from the New Mexico desert to the cusp of space. With a successful takeoff and landing, the mission, dubbed Unity22, was widely hailed as a milestone on the path towards space tourism, though it also attracted criticism for its cost and carbon footprint.

But now, the journey of the SpaceShipTwo spaceplane is being reviewed for a potentially dangerous deviation from its air traffic control clearance space during descent. A report from The New Yorker, which first announced the presence of the investigation, explained that the FAA allocates mandated airspace for private space travel as a way of preventing collisions and other accidents with general air traffic.

The New Yorker alleges a yellow caution light illuminated nearly one minute into the rocket motor’s burn on the Unity22 trip, letting the pilots know their path upwards was too shallow. This could have two significant repercussions: the spaceplane could stray from that allocated airspace, and it could also miss arriving at its “entry glide cone” area, where it needs to begin its descent to have sufficient energy to safely reach Earth. As the plane progressed, The New Yorker says that a light illuminated red—a warning that retired Air Force pilot Mike Masucci told the outlet should “scare the crap out of you.”

While the pilots ultimately completed the mission with a smooth landing, Virgin Galactic admits the spaceplane did stray from its path, dropping below protected airspace altitude for one minute and 41 seconds.

“When the vehicle encountered high altitude winds which changed the trajectory, the pilots and systems monitored the trajectory to ensure it remained within mission parameters,” Virgin Galactic said in a statement to Popular Science in response to The New Yorker report. The statement also disputed what it called “misleading characterizations and conclusions” in the article, saying that the pilots “responded appropriately” to the flight conditions and that “at no time” were passengers, crew, or the public in danger due to this shift.

While the Virgin Galactic statement repeatedly referred to safety, calling it a top priority and part of the company culture, The New Yorker pointed to a pattern of safety issues that have plagued previous journeys, including two technical issues in recent years that called into question the readiness of the spaceplane for flight. The Verge added that Branson’s presence on the future flights had been promised after one such incident in 2014, which killed one pilot and left another “severely injured.” Branson had pledged to take the journey himself to reaffirm trust in the carrier before taking on other civilian customers.

But that long-standing plan to get paying participants on board, more than a decade in the making, could be further delayed by the FAA investigation. According to The Verge, Virgin Galactic’s next mission was scheduled for late September and would be its first to generate revenue. However, the FAA told Popular Science the company cannot resume flights on SpaceShipTwo until the administration “approves the final mishap investigation report or determines the issues related to the mishap do not affect public safety.”

Virgin Galactic said it is taking these concerns seriously and is working closely and in partnership with the FAA to address their concerns.

“We have been working closely with the FAA to support a thorough review and timely resolution of this issue,” the company told Popular Science.