The sky is full of potential UFOs—here’s why

The technology that surveys our skies isn't designed to spot and identify everything that flies. 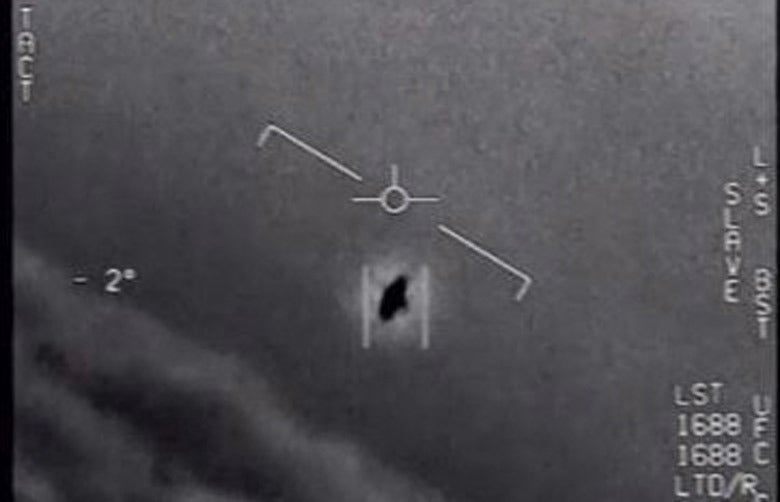 Around 60 US spy satellites whizz overhead, some of which are capable of making out pieces of debris measuring tens of inches. Radar stations and other receivers help track upwards of 200,000 aircraft at any moment. Despite such feats of remote sensing, on June 25 the US government confirmed in a hotly anticipated “UFO report” that it has amassed more than 100 cases of aerial events, such as the seemingly-impossible maneuvers of objects captured on camera by Navy pilots, that it cannot identify.

While some accounts seem puzzling when taken at face value, airspace researchers insist that just because you can’t identify an object in the air doesn’t mean that the object is otherworldly. The sky is a big and diverse place, full of birds, locusts swarms, thunderclouds, drones, fighter jets, plastic bags, and much, much more. Surveillance systems exist, but they tend to be expensive and tailored to meet specific, well-defined needs—none of which is to single out every last flying object. Simply put, considering how patchy our sky monitoring systems are, perhaps it’s more surprising that the government has noticed only a hundred or so UFOs.

There isn’t one magical surveillance system that sees every plane, says Andrew Weinert, a member of the Homeland Protection and Air Traffic Control Division at MIT Lincoln Laboratory. “It’s not like we have this master perspective” of the sky, he notes—which means our airspace is full of mysterious but mundane objects.

The nine-page report, released by the Office of the Director of National Intelligence, is heavy on caveats and light on conclusions. It opts for the more neutral term Unidentified Aerial Phenomena (UAP), rather than UFOs, and explicitly says that the authors can’t be certain that many of the cases even involve physical objects. Of the 144 reports considered, nearly half of the phenomena registered on just one sensor, raising the odds that some sort of mechanical glitch caused the anomaly.

[Related: The truth about Area 51 UFO sightings, according to a local expert]

One incident could be identified—as a “deflating balloon.” The authors wrote that the remaining cases might fall into any of a handful of categories, including “airborne clutter” and “foreign adversary systems.” The report does not mention interplanetary tourists explicitly, neither confirming them nor ruling them out.

If American presidents can leverage spy satellites to troll the Iranian military with high-definition snaps of an embarrassing mishap from his phone, why can’t the US government narrow the range of possibilities between trash bags and aliens?

Satellite imagery comes broadly in two varieties. Weather satellites image large swaths of the planet at once, but their pictures are blurry, with each pixel covering perhaps a mile or two. That resolution might be able to spot the gaudy motherships from Independence Day, but wouldn’t be of much use against subtler ET vehicles.

Satellites with keen enough eyes to pick out more modest aircraft, meanwhile, have a much tighter field of view and need to be precisely aimed at a specific target. They’re also few and far between.

Jonathan McDowell, a satellite tracker and researcher at the Harvard-Smithsonian Center For Astrophysics, has estimated that these spacecraft capture just a few percent of the Earth’s surface each day. The odds are not in the US government’s favor that any of its 143 UAP happened to pass right under one of those satellites just as they snapped a picture.

Then there’s skyward-facing radar, developed during WWII precisely to identify flying objects (by bouncing radio waves off of them) before they have the chance to start dropping bombs. These days, the Federal Aviation Administration uses the technology largely to keep tabs on commercial planes, an application that leaves plenty of blindspots for smaller objects.

Radar stations tend to be located mostly at airports, says MIT’s Weinert, where they keep a close eye on the surrounding airspace for obstacles that might pose a threat to passenger planes.

Air traffic control also keeps tabs on flights beyond the immediate vicinity of the airport, but does so mainly through a process called “secondary surveillance radar,” or SSR. In SSR, an aircraft actively sends out a radio signal from an onboard transponder for radar stations to pick up. Federal regulations require that planes with more than around a dozen seats carry transponders, leaving this longer-range system relatively blind to birds, balloons, and even crop dusters and helicopters—any of which could become a UFO.

Weinert has spent the last decade thinking about how to help the aviation world prepare for the growing popularity of drones and other small aircraft. Blanketing a region with instrumentation that can comprehensively detect “noncooperative” objects as small as drones is technologically possible. Upstate New York recently established what Weinert calls a “giant experimental playground” for testing drone operations and monitoring. But such surveillance would be pricey to scale up. Just establishing the 50-mile corridor has cost the state more than $40 million dollars.

“We don’t have 100 percent coverage, and if we did that wouldn’t be cost effective,” Weinert says.

Surveillance satellites are very good at creeping on foreign missiles, and the FAA’s radar infrastructure excels at keeping planes from colliding in midair. But they leave the sky essentially unmonitored when it comes to small objects, so the UAP report authors likely relied largely on in-person records such as eyewitness accounts and footage like the dramatic videos captured by the Navy pilots.

Amateur analysts have combed through the clips looking for clues, and they’ve come to conflicting conclusions regarding how remarkable they are. But Weinert warns against reading too much into specific incidents.

“Pilot recording, human recording, especially anecdotally, should be taken with a grain of salt,” he says.

Even when lives are at stake, pilots occasionally make catastrophic misperceptions. On a sunny day in 1986 above Cerritos, California, a single engine airplane flew directly into the tail of a DC-9, causing a crash that killed dozens. Neither plane made any attempt to avoid the other, suggesting that neither pilot perceived the other vessel. Last year, an analysis of a theory of human eyesight found that most pilots would have a worse than a 50 percent chance of noticing a small autonomous aircraft in time to avoid a collision.

“Human pilots don’t like to hear this, but the performance of the human eyeball, of humans to detect other aircraft just with their eyes, is not great,” Weinert says.

As highly trained and experienced aviators, the Navy pilots’ accounts are undeniably compelling.

These weren’t just one-off blips at the edge of perception, but in at least one case a concerted effort to chase down an unknown object, which resulted in an infrared video. In other cases, pilots report daily sightings of strange objects for years.

But to reach an extraordinary and highly improbable conclusion—that some of the objects are aircraft with unheard of maneuverability—would require either extraordinary evidence, or to rule out all of the more mundane possibilities. The government report calls for additional funding to collect more systematic information on future UAPs, so perhaps a stronger conclusion will become possible in the future. But with today’s spotty coverage of the sky it should come as no surprise that the government can do neither.