The bizarre botany that makes corn a fruit, a grain, and also (kind of) a vegetable

Really this says more about how strange the category "vegetable" is than about corn itself. 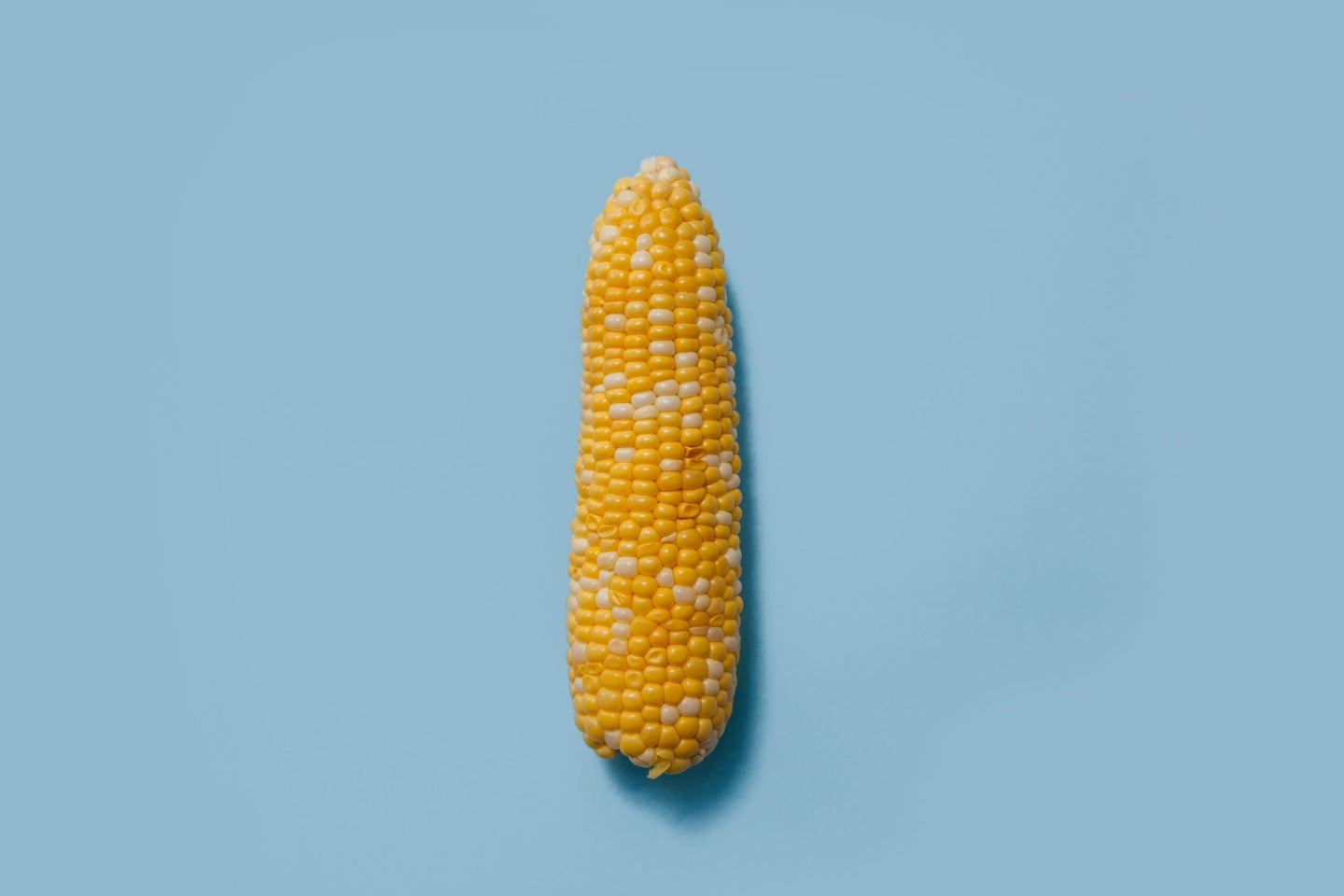 This post has been updated. It was originally published on September 24, 2019.

We all know the “is a tomato a fruit?” debate (correct answer: yes, but you still shouldn’t put it in a fruit salad). Now we’d like to bring you a whole new botanical question you never knew you had: Is corn a fruit or a vegetable—or is it a grain?

The answer is more technical than you might think, and to fully understand it you’ll need a little primer on corn biology. So away we go!

A single corn stalk grows several ears (which are the female bits of the plant) and has one tassel up top (which, as you can guess, is the male part). The tassel produces pollen, which is the semen of the plant world. Before those ears look anything like the juicy kernel-covered cob you eat, they’re essentially a hard cylinder covered in hundreds of unfertilized ovules. Each of these ovules grows a single silk, which reaches up and out of the top of the husk, where it dangles in the hopes of catching a bit of pollen on its little sticky hairs. If it does, the silk grows a pollen tube, enabling the male genes to travel towards the ovule and fertilize it. That fertilized ovule will grow into a single kernel.

That only has to happen 400-600 more times to make a whole ear of corn. It also explains why sometimes you get cobs with bare patches—sometimes not every ovule gets fertilized.

Still with me? Good. Here’s why all of this matters.

We differentiate between fruits and vegetables depending on which bits of the plant we eat. If we eat the part derived from the ovaries or other reproductive tissue, we call it a fruit, explains Marvin Pritts, a horticulture researcher and professor at Cornell University. Everything else we call a vegetable. “Corn is a seed derived from the flower/ovary of the corn plant,” he says, “so is technically a fruit.”

More specifically, corn is a caryopsis, which is a type of fruit in which the seed coat is tightly fused with the pericarp (that’s the fleshy bit, like the part of a peach that you eat). This means they don’t have a substantial fleshy layer, helping them dry out well. You might know caryopses better by their common name: grains.

Thus, grains are a type of fruit. And that means corn is both a grain and fruit in the same way that wheat, millet, and oats are.

This brings us back to the final piece of the question: is corn a vegetable? Botanically and scientifically speaking, the answer is no. But here’s the thing: in common parlance, “vegetable” is essentially meaningless because it’s completely arbitrary.

[Related: High-fructose corn syrup vs. sugar: Which is actually worse?]

Think about what comes to mind when you conjure up an image of a vegetable. Some of it is probably accurate—lettuce, carrots, potatoes. But a lot of it is likely wrong. We have this general image of vegetables as all the produce that’s not sweet or super juicy. To most of us a fruit is a thing you can eat straight. You can pick up a peach or an apple and snack on it. You probably wouldn’t just bite into a tomato (though honestly, why not? we eat them raw in slices!) and similarly you at least need to cook corn before you chomp down, and you’d preferably add a little salt and butter.

Unfortunately that’s not a great rule of thumb if you want to be technical about it. You’d also probably roast a pumpkin or blanch peas, but they’re both actually fruits. And conversely we often eat bell peppers raw much like the fruits that they truly are, yet a lot of people lump them into the veggie category.

There’s a decent, if highly philosophical, argument to be made that we should go by the categorization that most people use. If folks think of squashes as vegetables, maybe they are vegetables. The same might go for corn. For his part, Pritts acknowledges that we do eat corn as we do other veggies, but notes that still doesn’t technically make it one. And yet lots of people do consider it a vegetable, including the US Department of Agriculture, and since “vegetable” is an arbitrary, catch-all category, maybe corn is a vegetable too. We’ll leave it to you to decide which definitions you want to abide by—there’s a decent argument for all of them.