There's more content to stream this year than you can shake a hockey stick at. 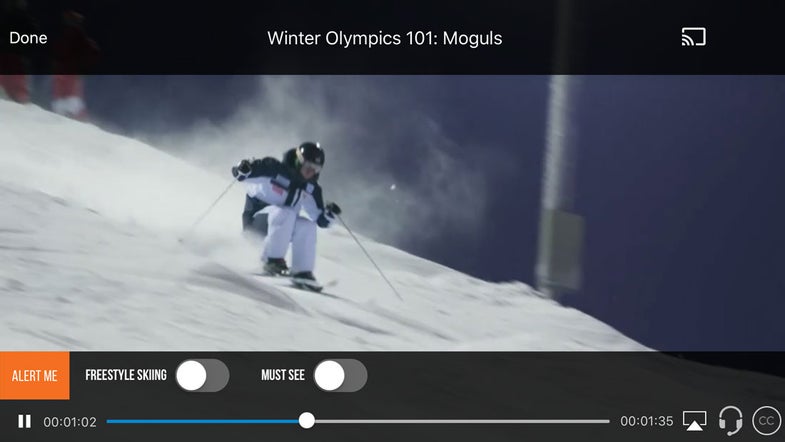 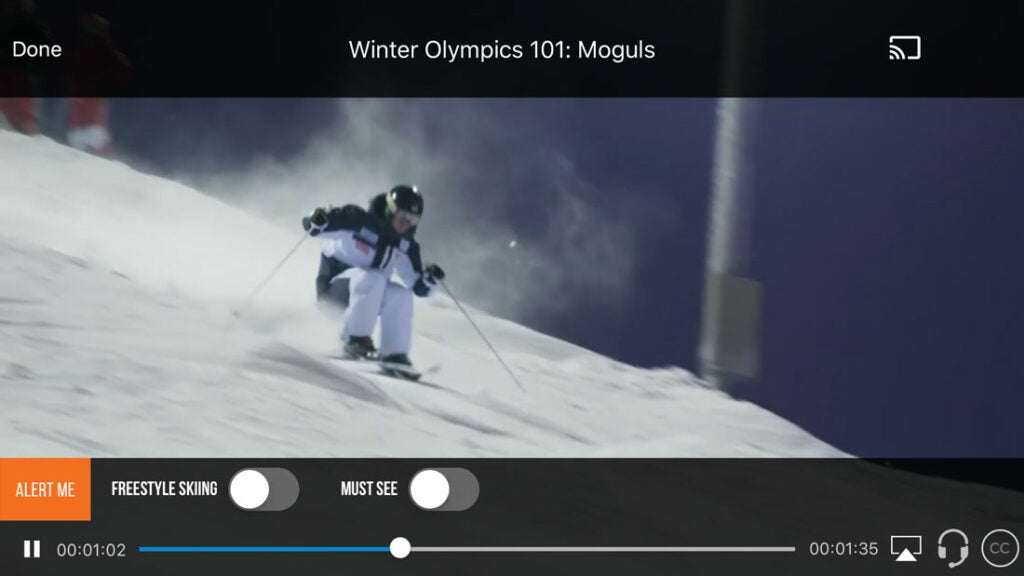 Once again, NBC is going all out to broadcast every moment of the Olympics.

Watching this year’s Super Bowl without a cable subscription was easier than ever. Now, the 2018 Winter Olympics from Pyeongchang, South Korea start on February 7th and, while there’s more content than ever for this year’s games—hundreds of hours—the way you watch will dictate how much you actually get to see.

If you’re not a complete Olympics nerd, you may prefer to absorb these sporting feats the way we’ve always known them. The network chooses the events we see and wraps them with lots of dramatic music, excited announcers, and emotional vignettes about the athletes that will inspire you to force your children into a sport.

Like with the Super Bowl, NBC has the broadcasting rights to this year’s Olympics—as well as the 2020 summer games in Tokyo. So, if you have still have cable, you can watch the network’s coverage, which spreads across the main NBC affiliates, the NBC Sports Network, and the predictably named Olympic Channel. You can check out the full broadcast schedule here.

You can also watch NBC’s primary coverage if you have a “skinny bundle” subscription service that includes local TV affiliates. This includes services like Direct TV, Playstation Vu, and Google TV. You can check here to see which service—if any—includes local stations as part of their services. Some areas, however, are out of luck in that regard. They typically hover around $40 per month, but often offer free trials that might even get you through the games. You can check the coverage lists here for Hulu, here for YouTube TV, and here for Dish. PlayStation Vue also has live NBC streams in roughly 40 cities.

If you can’t subscribe to a streaming service, it’s likely that you can set up an over-the-air digital antenna to pull down the broadcasts. Here’s a handy map that shows broadcast coverage areas so you can make sure you’re in range before making a purchase. Stream all the events

If you want to go full Olympics nerd, you’ll probably want to get your coverage from NBCOlympics.com or the NBC Sports app, which will stream every event live and on-demand. The network is also supplementing the coverage with highlights and analysis. You can load the site on most machines with a supported browser, like a phone or a laptop that you can send to a box like an Apple TV via AirPlay. Or you can use the native NBC Sports apps available for a wide range of common streaming boxes like Roku, Amazon Fire Sticks, and Xbox. Even once you have all those hardware pieces in place, though, expect to log in with your cable provider’s credentials or you’re locked out.

The NBC Sports mobile app will give you a free preview session, but that only lasts for 30 minutes. I started my preview, then forgot to hard close the app while I took a phone call and it ran out completely before I could watch a single skier swoosh down the hill on a practice run.

Hulu is going beyond the typical “skinny bundle” solutions and offering customized Olympics coverage that lets viewers select their favorite events and prioritize them when viewing. So, if you pick bobsledding, it will notify you when that event is taking place live, as well as serve you replays and highlights from that sport as you go. Unfortunately, you still need to be in a market where Hulu carries the NBC networks and have a Hulu with Live TV subscription—the basic Hulu subscription won’t cut it. Go here and click on the link that says “View all channels in your area.”

SnapChat, the kooky visual messaging app, will also stream some live Olympic coverage as part of a partnership with NBC. You won’t be able to watch full events, but you can see short clips with contextual information about the events and the athletes in case you don’t have the attention span for a full binge session.

In addition to the traditional content NBC is streaming this year, the network is also offering a VR experience that’s compatible with virtual reality systems like Google Cardboard or Windows Mixed Reality headsets. Thirty events will get the virtual reality treatment for 55 total hours of VR streaming.

NBC put together a schedule of all its VR broadcasts, which you can see here. It also includes a guide to watching the virtual content, specific to the headset or smart device you plan on using.

The New York Times is doing some VR and AR Olympic content on-site at the games this year as well, some of which you can check out here. 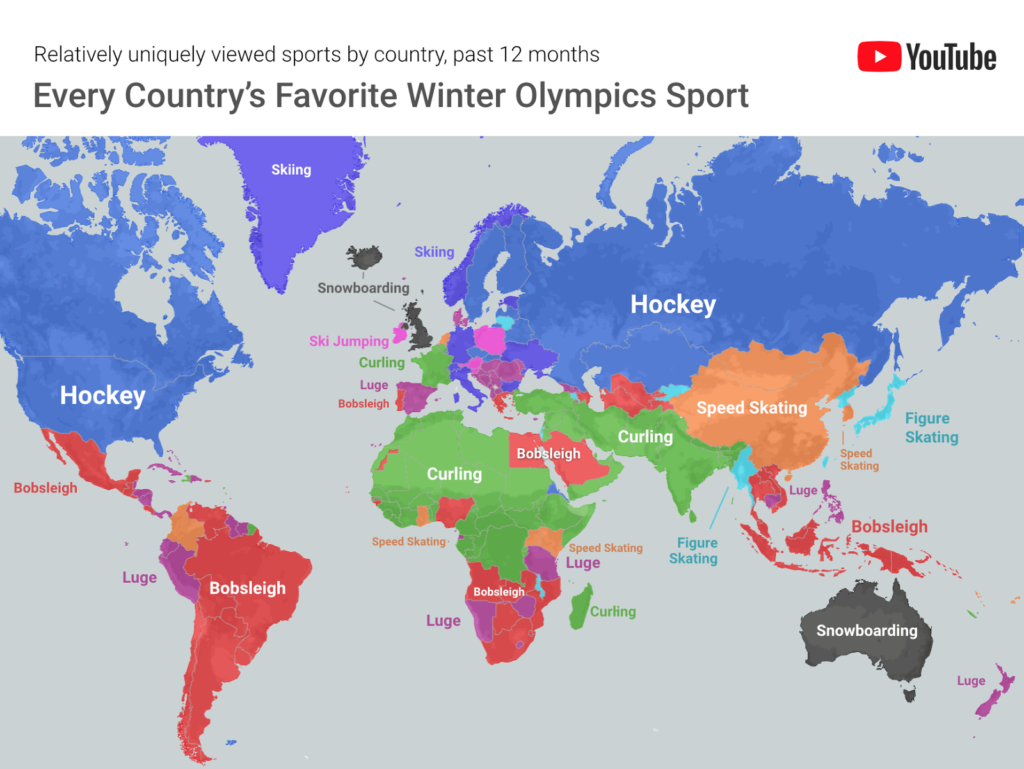 YouTube gets an interesting look into the popularity of sports in different countries. North America really likes hockey.

If you don’t need to stay glued to the events but want to stay up on the big events people will talk about around the water cooler, you can catch a steady flow of highlights from YouTube.

News organizations like the Associated Press and Reuters have set up specific hubs for their Olympics coverage to help viewers follow along with images and news stories. ESPN will also have a constantly updating stream of updates, but like the others mentioned in this section, you won’t get to see live events.

You can also check out the full schedule of events here, so if there’s something specific you want to watch, you can likely head to a local restaurant or bar (if you’re of age) and check it out on their TVs. Then, you’re paying for the food instead of the feed.