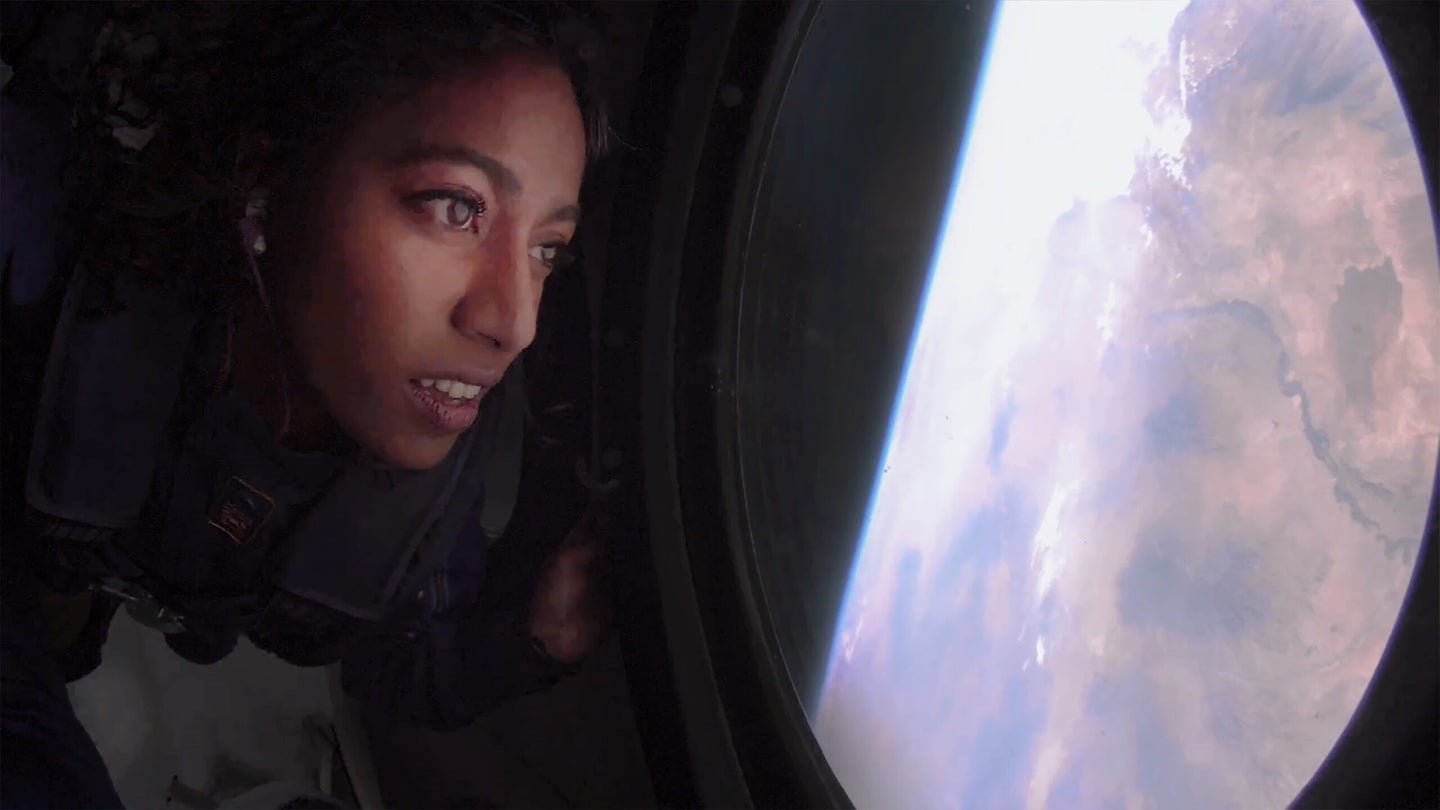 On Sunday morning, Sirisha Bandla reached into a pouch strapped to her leg and pulled out a plastic tube containing a seedling in the mustard family and a chemical preservative. As she turned a knob on one end of the tube, the preservative surrounded the young plant, halting all biological activity. Over the next few minutes, at carefully selected moments, she repeated the action on two similar tubes.

It might have been an ordinary experiment if not for the extraordinary setting. But Bandla, the vice president of government affairs and research operations at Virgin Galactic, was floating dozens of miles above the surface of the Earth, pioneering a brand-new form of research.

“We could be looking back at this in a year or two or ten and saying, ‘Geez, that was the first time somebody did an experiment in suborbital space? Holy cow, I can’t believe there was ever a time we didn’t do this,’’’ says Rob Ferl, a biologist at the University of Florida who helped design the experiment.

Bandla carried out the plant experiment aboard the SpaceShipTwo spaceplane, which transported her and three other Virgin Galactic-affiliated passengers to the edge of space in a landmark moment for space tourism.

Some enthusiasts cheered the endeavor for expanding access to space, while others lampooned it as a joyride for the superrich (early seats have sold for $250,000 a pop to the likes of Justin Bieber and Katy Perry). But as the two billionaires race to make suborbital space tourism a reality, space researchers may win the real prize: the chance to operate novel types of experiments themselves.

In the days before the flight, Ferl and Anna-Lisa Paul, who together run the University of Florida’s Space Plants Lab, trekked to a makeshift laboratory in the hangar of New Mexico’s Spaceport America to prepare the seedings for the NASA-funded experiment. Their immediate goal is to understand how plants, which have evolved to live under the standard pull of Earth’s gravity, initially react to the alien environment of near weightlessness, or “microgravity.”

This experiment took snapshots of the Arabidopsis plant’s genetic activity at three points: before the onset of weightlessness, in the middle of weightlessness, and toward the end. Future experiments may examine how plants tweak their metabolism or protein use to cope with the loss of gravity.

These questions are impossible to answer with standard microgravity laboratories. Ferl and Paul have sent seeds to the International Space Station, but plants there live out their entire lives completely free from the Earth’s pull. They’ve also flown with plants on parabolic “vomit comet” rides, but those generate just seconds of weightlessness. Only on suborbital jaunts, like those Virgin Galactic now provides, can experiments probe the transition from Earth gravity to microgravity, as well as a microgravity environment that lasts for minutes.

Ferl and Paul’s experiment had a second goal reaching beyond plant genetics: to test suborbital experimental procedures in general. They aimed to learn, for example, how long it would take for Bandla to activate the tubes during her two to four minutes of weightlessness, how many samples she could carry, and how she would handle them. This aspect of the research explored the real game-changing opportunity of suborbital research, giving scientists more direct access to their own experiments.

In almost every field of science, research is a hands-on experience. Climate scientists voyage to the Arctic and Antarctic. Volcanologists trek up volcanoes to measure lava flows first-hand. Marine biologists hop into deep sea submarines to observe the behavior of strange underwater creatures. We’re really comfortable with the idea of scientists going to work in “areas that are crazy dangerous or crazy novel,” Paul says.

Microgravity research is different. The International Space Station hosts just a handful of astronauts at a time. They activate and monitor a broad range of experiments, which Earth-bound investigators generally set up to be as automatic as possible. It’s far better than nothing, and the ISS-based investigations have produced a massive body of scientific literature. But no computer program or robot can beat the mind and hands of a person.

“Only a human can really make a decision as to what is the right time and the right manner in which to execute the experiment,” Paul says.

And then there’s the price. A fully automated machine that stops an organism’s functioning at exactly the right moment might cost millions to develop. At just a few hundred thousand dollars per seat, Virgin Galactic starts to look like a bargain.

Soon, Virgin Galactic will fly not only human-tended experiments, but experiments tended by the very humans who designed them. Last year NASA chose Alan Stern, the head scientist of a high-profile Pluto flyby mission, to test how stars and other heavenly bodies appear to astronomical equipment through Virgin Galactic’s windows. Bezos’s rival suborbital company, Blue Origin, also plans to launch experiments into suborbital space soon. That research will initially include automated experiments from the Space Plants Lab, and Ferl expects that human-operated investigations will follow.

“Our real hope for 2021 is to help unlock the capability for both of these providers to be able to fly scientists,” Ferl says. “That’s why [Sunday’s flight] was such a big deal.”

It may have been just a few minutes of weightlessness for Bandla, Branson, and the rest of the crew, but the mission could be the start of a new era for researchers in space.

“We are on this frontier of getting to the new normal, and eventually this will be normal,” Paul says. “But for right now, it’s still a novel, awesome thing.”

Correction July 15, 2021: A previous version of this article misspelled a biologist’s last name. He is Rob Ferl, not Fern.